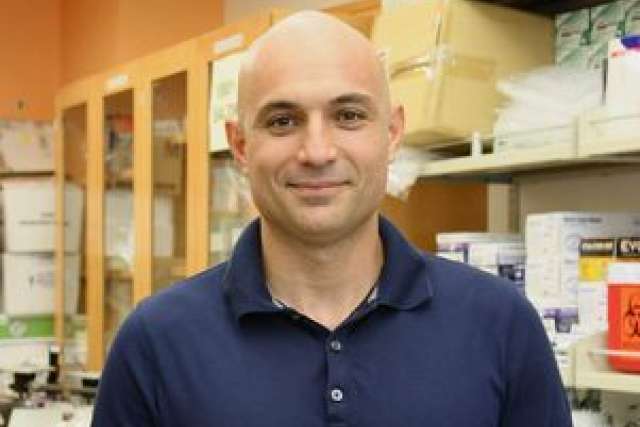 New UCLA research offers further evidence that cocaine use disrupts the immune system, making people who use it more likely to become infected with HIV.

In research published online June 18 in the peer-reviewed journal Scientific Reports, researchers with the UCLA AIDS Institute and Center for AIDS Research used an advanced form of humanized mice — that is, immunodeficient mice engineered to have a human-like immune system — to study the effects of cocaine. The findings suggest that using cocaine makes people significantly more susceptible to HIV infection.

“Substance use and abuse is a major issue, especially when it comes to HIV infection,” said Dimitrios Vatakis, the study’s senior author and an assistant professor of medicine in the division of hematology/oncology at the David Geffen School of Medicine at UCLA. “There has been a general attitude, especially in the scientific but also the general community, that risky behavior is the main reason for higher infections. This study shows that under the same transmission conditions, drug exposure enhances infection through a collective of biological changes.”

This study builds on previous research by Vatakis and others on his team showing that a three-day exposure to cocaine appears to make a unique population of immune cells called quiescent CD4 T cells, which are resistant to HIV, more susceptible to infection by stimulating two receptors in the cells, called ?1 and D4. Those findings suggested that cocaine use increases the pool of CD4 T cells in the human body that can become infected by the virus. As a result, the odds for productive infection and a larger viral reservoir increase.

That study, however, was based on in-vitro research — that is, research done in a petri dish — which could have skewed the results. The next step was to find the same effect in in-vivo studies — that is, those conducted with living organisms, such as mice. This is what the current paper has done.

For this study, Vatakis and his team used the most advanced humanized mouse model, called BLT. The name comes from the way the model is generated: mice are transplanted with human hematopoietic stem cells (B, for blood cells) and donor-matched liver (L) and thymus (T) tissues, resulting in the development of a functioning human immune system.

“This study is the first of its kind using this model,” said Vatakis, who also directs the UCLA/CFAR Virology Core Laboratory. “The BLT has been used to study HIV latency, cancer immunotherapy and now drug abuse and HIV infection. It very closely resembles the human immune system and it is the most relevant.”

After five days, half the mice in each group were injected with HIV-1. Then all of the mice were given saline or cocaine for two more weeks. The researchers then collected blood and tissue samples to measure infection levels and examine other effects of the cocaine. They found that the cocaine/HIV group had higher amounts of HIV than the saline/HIV mice. They also found that nine of the 19 saline/HIV mice had undetectable amounts of the virus, compared with only three of the 19 cocaine/HIV mice.

The researchers were surprised to find that despite the cocaine-induced inflammation prior to infection, the CD4 T cells that HIV targets were not overtly activated. Also, CD8 T cells, which kill infected cells, were not functional, even though they appeared to be so.

“This points to cocaine blunting the potency of our body’s defense against the virus,” Vatakis said.

While these studies have shed further light on the effects of cocaine use and misuse on HIV infection, this small animal model, although it closely mimics human immunity, does not fully re-create real-life settings. In addition, the study used an acute — or brief, uninterrupted — cocaine exposure regimen, rather than a more clinically relevant chronic use model, which could affect the results.