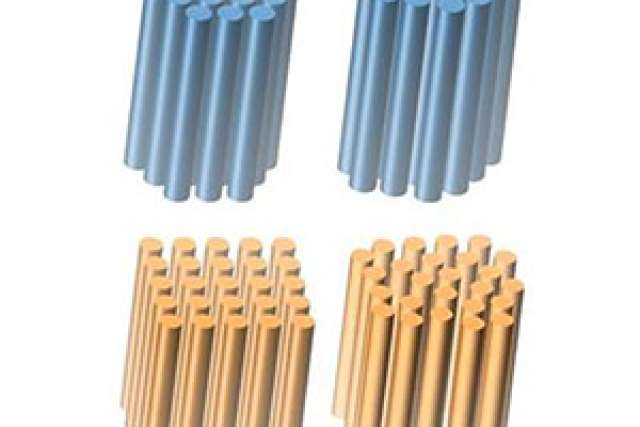 An international team led by researchers at UCLA’s Henry Samueli School of Engineering and Applied Science and California NanoSystems Institute has identified an unexpectedly general set of rules that determine which molecules can cause the immune system to become vulnerable to the autoimmune disorders lupus and psoriasis.

The breakthrough, described in an article published today in the journal Nature Materials, could lead to new ways of treating the disorders.

Led by Gerard C. L. Wong, a UCLA professor of bioengineering and chemistry who is affiliated with CNSI, the multidisciplinary team also included Michel Gilliet of Switzerland’s Lausanne University Hospital, and Jure Dobnikar and Daan Frenkel of the University of Cambridge.

Autoimmune diseases strike when the body attacks itself because it fails to distinguish between host tissue and disease-causing agents, or pathogens. Two such disorders are lupus, which can damage the skin, joints and organs, causing rashes, hair loss and fatigue; and psoriasis, which causes rashes, lesions and arthritis, and creates an increased risk for cancer and diabetes.

When a healthy person is infected by a virus, viral DNA can activate immune cells via a receptor called TLR9. The receptor triggers the cells to send signaling molecules called interferons to initiate a powerful defensive response.

In people with lupus or psoriasis, these cells are activated by their own DNA, or self-DNA.

Using synchrotron X-ray scattering and other techniques, researchers determined that a broad range of molecules, both organic and inorganic, can organize self-DNA into a liquid crystalline structure that binds strongly to the TLR9 receptors — like the teeth on either side of a zipper. This structure protects the DNA from becoming degraded and greatly amplifies the body’s immune response.

Synchrotron X-ray scattering utilizes a particle accelerator to generate X-ray beams that allow researchers to determine how atoms and molecules are organized into different structures.

“Our research has identified a set of rules that tell us what types of molecules or materials can set off this aspect of the immune system,” Wong said. “This new knowledge will make it easier to design new therapeutic strategies to control immune responses.”

Nathan Schmidt, one of the paper’s lead authors, said, “Our colleagues had established empirically that certain molecules were activating self-DNA and triggering responses in disorders such as lupus and psoriasis. We were able to elucidate something that was poorly understood — a key to triggering the immune response is that the molecules must arrange the DNA so that the receptors bind to them strongly.”