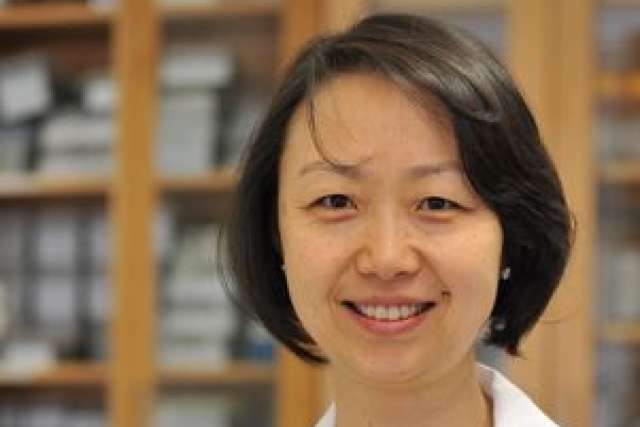 In Parkinson's disease, multiple neurons in the brain gradually break down or die, causing patients to experience tremors, rigidity, slowness in movement and difficulty walking, as well as depression, anxiety, sleeping difficulties and dementia, said Dr. Ming Guo, the study's team leader, a UCLA associate professor of neurology and pharmacology.

In 2006, Guo's team was one of two groups that first reported that two genes, PTEN-induced putative kinase 1 (PINK1) and Parkin, act together to maintain the health of mitochondria – which power the neurons that are important for maintaining brain health. Mutations in these genes lead to early-onset Parkinson's disease.

Guo's team also showed that when the PINK1 and Parkin genes are operating correctly, they help maintain the regular shape of healthy mitochondria and help cells eliminate damaged mitochondria. The accumulation of unhealthy or damaged mitochondria in neurons and muscles ultimately results in Parkinson's disease.

In the new study, Guo and her colleagues found that a gene called MUL1 (also known as MULAN and MAPL) plays an important role in mediating the pathology of the PINK1 and Parkin. The study, performed in fruit flies and mice, showed that providing an extra amount of MUL1 helps reduce the amount of damage that mutated PINK/Parkin create in mitochondria, and that inhibiting MUL1 in mutant PINK1/Parkin exacerbates the damage to the mitochondria. In addition, Guo and her collaborators found that removing MUL1 from mouse neurons of the Parkin disease model results in unhealthy mitochondria and degeneration of the neurons.

"We show that MUL1 dosage is key and optimizing its function is crucial for brain health and to ward off Parkinson's disease," said Guo, a practicing neurologist at UCLA. "Our work proves that mitochondrial health is of central importance to keep us from suffering from neurodegeneration. Further, finding a drug that can enhance MUL1 function would be of great benefit to patients with Parkinson's disease."

The five-year study was published June 4 in eLife, an open-access journal for biomedical and life sciences research.

"This finding is a major advance in Parkinson's disease research," Guo said. "There are several implications to this work, including that MUL1 appears to be a very promising drug target and that it may constitute a new pathway regulating the quality of mitochondria."

Guo and her team plan to test their results in more complex organisms, hoping to understand more about how MUL1 works. Additionally, the team will work on identifying compounds that could specifically target MUL1 and examine whether mutations in MUL1 exist in some people with inherited forms of Parkinson's.