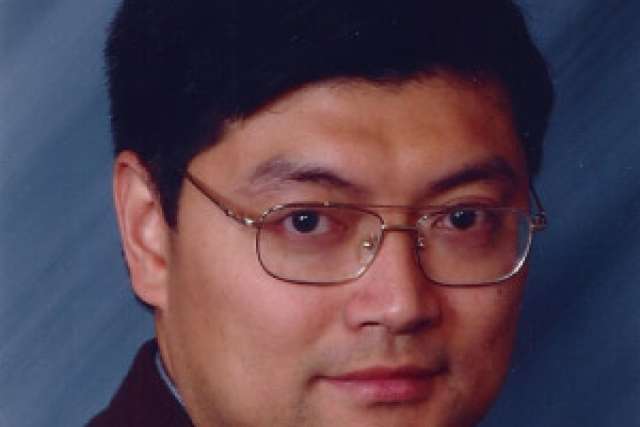 UCLA researchers have discovered a non-invasive method to measure vascular compliance, or how stiff an artery is, in the human brain, a finding that may have ramifications for preventing stroke and the early diagnoses of Alzheimer’s disease.

Using a new MRI technique, the UCLA team measured the volume of cerebral arteries twice using a technique called Arterial Spin Labeling, which can magnetically “label” the blood in arteries without the use of an external agent. The team measured once at the systolic phase of the cardiac cycle, when the heart was pumping the blood into the brain, and again at the diastolic phase, when the heart was relaxing.

That team found that the stiffer the arteries were, the smaller the change in the arterial blood volume between the two cardiac phases, because stiff arteries are not as able to change shape or comply with the blood pressure changes as elastic arteries are, said study senior author Danny J.J. Wang, an associate professor of neurology and a researcher in the Ahmanson-Lovelace Brain Mapping Center at UCLA.

“Vascular compliance is a useful marker for a number of cardiovascular diseases, such as hypertension and diabetes,” Wang said. “Growing evidence suggests intracranial vascular pathology also may be associated with the origin and progression of cerebrovascular disorders and neurodegenerative diseases, such as Alzheimer’s disease, which is the sixth leading cause of death in the United States. However, to date, few methods are available to assess it.”

The study appears this week in the peer-reviewed journal NeuroImage.

“We hope our technique can provide an early marker for a number of socioeconomically important diseases like Alzheimer’s,” said study first author Lirong Yan, an assistant researcher in the UCLA Department of Neurology. “A number of studies suggest that vascular dysfunctions, including arterial stiffening, are associated with the development of Alzheimer’s. The development of early bio- or imaging markers for Alzheimer’s is of great importance for slowing disease progression. Hardened arteries due to the accumulation of plaques on the vessel walls also is linked to cerebrovascular disorders such as stroke. We hope our technique may provide an early marker for the prevention of stroke.”

The need for a new approach to treatment of Alzheimer’s disease is urgent. Alzheimer’s is the most common age-related dementia and the number of cases in the United States is expected to increase from the current number of about five to six million to 15 million by 2050. The costs to family life and on the health care system are enormous. Alzheimer’s and other dementias are projected to cost the United States $226 billion in 2015 alone, with that number rising to as high as $1.1 trillion in 2050.