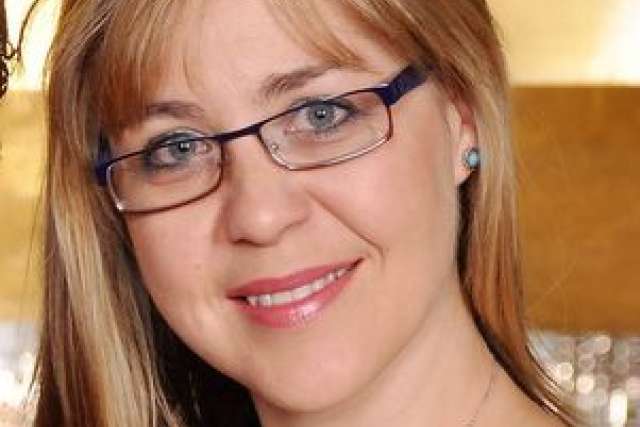 After six years of painstaking research, a UCLA-led team has validated the first standardized protocol for measuring one of the earliest signs of Alzheimer’s disease — the atrophy of the part of the brain known as the hippocampus.

The finding marks the final step in an international consortium’s successful effort to develop a unified and reliable approach to assessing signs of Alzheimer’s-related neurodegeneration through structural imaging tests, a staple in the diagnosis and monitoring of the disease. The study is published in the journal Alzheimer’s and Dementia.

Using brain tissue of deceased Alzheimer’s disease patients, a group headed by Dr. Liana Apostolova, director of the neuroimaging laboratory at the Mary S. Easton Center for Alzheimer’s Disease Research at UCLA, confirmed that the newly agreed-upon method for measuring hippocampal atrophy in structural MRI tests correlates with the pathologic changes that are known to be hallmarks of the disease — the progressive development of amyloid plaques and neurofibrillary tangles in the brain.

“This hippocampal protocol will now become the gold standard in the field, adopted by many if not all research groups across the globe in their study of Alzheimer’s disease,” said Apostolova, who was invited to play a key role in the consortium because of her reputation as one of the world’s leading experts in hippocampal structural anatomy and atrophy. “It will serve as a powerful tool in clinical trials for measuring the efficacy of new drugs in slowing or halting disease progression.”

The brain is the least accessible and most challenging organ to study in the human body; as a result, Alzheimer’s disease can be diagnosed definitively only by examining brain tissue after death. In living patients, physicians diagnose Alzheimer’s by evaluating other health factors, known as biomarkers, in combination with memory loss and other cognitive symptoms.

The hippocampus is a small region of the brain that is associated with memory formation, and memory loss is the earliest clinical feature of Alzheimer’s disease. Its shrinkage or atrophy, as determined by a structural MRI exam, is a well-established biomarker for the disease and is commonly used in both clinical and research settings to diagnose the disease and monitor its progression.

But until now, the effectiveness of structural MRI has been limited because of the widely different approaches being used to identify the hippocampus and measure its volume — which has called into question the validity of this approach. A typical hippocampus is about 3,000 to 4,000 cubic millimeters in volume. But, Apostolova notes, two scientists analyzing the same structure can come up with a difference of as much as 2,000 cubic millimeters.

In addition, no previous study had verified whether estimates for the volume of the hippocampus using MRI corresponded to actual tissue loss.

To address these deficiencies, the European Alzheimer’s Disease Consortium–Alzheimer’s Disease Neuroimaging Initiative was established to develop a Harmonized Protocol for Hippocampal Segmentation, or HarP — an effort to establish a definitive method for measuring hippocampal shrinkage through structural MRI in a way that best corresponds to the Alzheimer’s disease process.

Once the HarP was established, Apostolova and four other experts were invited to develop the gold standard for measuring the hippocampus to be used by anyone employing the HarP protocol. The UCLA-led team then validated the technique and ensured the changes in the hippocampus corresponded to the hallmark pathologic changes associated with Alzheimer’s disease.

“The technique is meant to be used on scans of living human subjects, so it’s important that we are absolutely certain that this methodology measures what it is supposed to and captures disease presence accurately,” Apostolova said.

To do that, her group used a powerful 7 Tesla MRI scanner to take images of the brain specimens of 16 deceased individuals — nine who had Alzheimer’s disease and seven who were cognitively normal — each for 60 hours. This provided unprecedented visualization of the hippocampal tissue, Apostolova said.

After applying the protocol to measure the hippocampal structures, the researchers analyzed the tissues for two changes that signify the disease: a buildup of amyloid tau protein and loss of neurons. The team found a significant correlation between hippocampal volume and the Alzheimer’s disease indicators.

“As a result of the years of scientifically rigorous work of this consortium, hippocampal atrophy can finally be reliably and reproducibly established from structural MRI scans,” Apostolova said.

Although the technique can be used immediately in research settings such as clinical trials, the next step, Apostolova noted, will be to use the standardized protocol to validate automated techniques available for measuring the hippocampus so the approach could be used more widely — including for the diagnosis of the disease in doctor’s offices and other patient care settings.