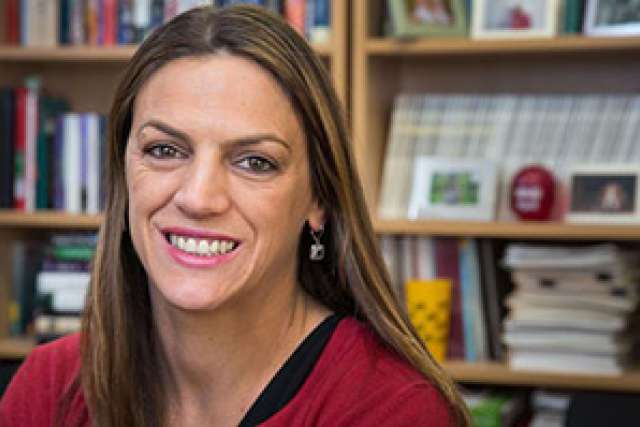 A team led by Lara Ray found that Naltrexone significantly reduced people’s craving for methamphetamine, and that it made them less aroused by the drug.

A new study by UCLA researchers has found that Naltrexone, a drug used to treat alcoholism, may also be a promising treatment for addiction to methamphetamine.

“The results were about as good as you could hope for,” said Lara Ray, a UCLA associate professor of psychology, director of the UCLA Addictions Laboratory and lead author of the new study.

The study, published in the journal Neuropsychopharmacology, was the first in the U.S. to evaluate Naltrexone for treating methamphetamine addiction. Researchers analyzed 22 men and eight women who use methamphetamine an average of three to four days a week.

During a four-day hospital stay, each person was each given either Naltrexone — 25 milligrams the first two days, 50 milligrams on days three and four — or a placebo daily. Ten days later, the subjects were readmitted to the hospital for four more days; those who had taken Naltrexone earlier were given placebos, and vice versa.

On the last day of each hospital visit, all participants were given intravenous doses of methamphetamine. Three hours later, the researchers asked how they felt and how much they wanted more of the drug.

The scientists found that Naltrexone significantly reduced the subjects’ craving for methamphetamine, and that it made them less aroused by methamphetamine: Subjects’ heart rates and pulse readings both were significantly higher when they were given the placebo than when they took Naltrexone. In addition, participants taking Naltrexone had lower heart rates and pulses when they were presented with their drug paraphernalia than those who were given placebos.

Ray said the results indicated that Naltrexone reduced the rewarding effects of the drug — those taking Naltrexone did not find methamphetamine to be as pleasurable and were much less likely to want more of it.

Naltrexone was well tolerated and had very minimal side effects. The researchers found that men and women both were helped by taking Naltrexone, although the positive effect on men was slightly smaller. It made no difference whether the participants were given Naltrexone during their first hospital stay or their second.

Naltrexone works by blocking opioid receptors in the brain. Ray said that in previous studies, people undergoing treatment for alcoholism reported getting less of a “high” from drinking when they take Naltrexone.

Ray, whose research team studies the causes of drug and alcohol addiction and possible treatments, plans to examine whether Naltrexone would be more effective in combination with other pharmaceuticals and at different doses. Her research is funded by the National Institute on Drug Abuse and UCLA’s Clinical and Translational Science Institute.

Methamphetamine use disorder is a serious psychiatric condition that can cause psychosis and brain damage, and for which no FDA-approved medication exists. An estimated 12 million Americans have used methamphetamine, nearly 400,000 of whom are addicted to it, according to recent estimates.

Although the new study is promising, it needs to be backed up by clinical trials, said Ray, who is also a member of the UCLA Brain Research Institute. The next step in evaluating Naltrexone’s effectiveness for treating people addicted to methamphetamine is already underway: the National Institute on Drug Abuse is sponsoring clinical trials.

Other UCLA co-authors of the new study include Edythe London, the Thomas P. and Katherine K. Pike Chair of Addiction Studies; Karen Miotto, a clinical professor in the department of psychiatry and biobehavioral sciences at the Semel Institute for Neuroscience and Human Behavior; Steven Shoptaw, professor in the departments of family medicine and psychiatry and biobehavioral sciences; and Keith Heinzerling, an associate professor of family medicine at the David Geffen School of Medicine.