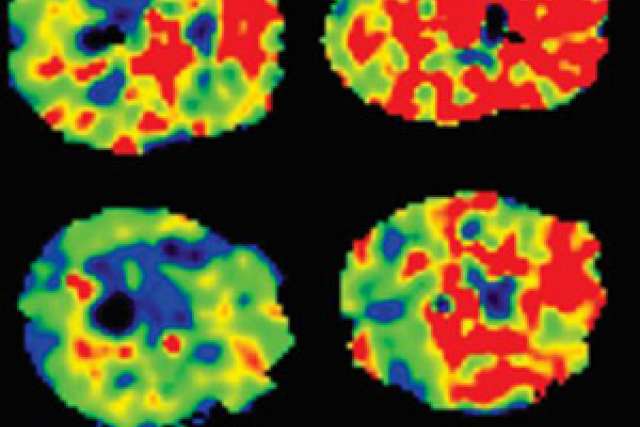 UCLA researchers have reported the first evidence that obstructive sleep apnea contributes to a breakdown of the blood–brain barrier, which plays an important role in protecting brain tissue.

The discovery, reported in the Sept. 1 issue of the Journal of Neuroimaging, could lead to new approaches for treating obstructive sleep apnea, which affects an estimated 22 million American adults. The disorder causes frequent interruptions in breathing during sleep because the airways narrow or become blocked.

“We found that the blood–brain barrier becomes more permeable in obstructive sleep apnea, a breakdown that could contribute to brain injury, as well as potentially enhancing or accelerating the damage,” said Rajesh Kumar, the study’s principal investigator and an associate professor in the departments of anesthesiology and radiological sciences at the UCLA Geffen School of Medicine.

“This type of brain injury in obstructive sleep apnea has significant consequences to memory, mood and cardiovascular risk, but physicians and researchers have developed pharmacologic and non-pharmacologic therapeutic strategies to repair blood–brain barrier function in other conditions,” he said.

Thanks to research conducted at UCLA over the past 12 years, experts have known that the gasping during the night that characterizes obstructive sleep apnea can damage the brain in ways that lead to high blood pressure, depression, memory loss and anxiety. It also can cause extreme daytime sleepiness, thanks to the constant nighttime interruptions, and can lead to stroke, diabetes, and loss of testosterone and endocrine-related problems.

The damage to the brain likely stems in part from the reduction of oxygen to the body as a result of the repeated breathing interruptions. But doctors do not yet fully understand exactly what causes the brain injury and how it progresses. While previous studies have found that reduced exposure to oxygen and high blood pressure can affect the blood–brain barrier, which in turn can introduce or enhance brain tissue injury, Kumar and his colleagues are the first to show that this breakdown occurs in obstructive sleep apnea.

The finding was made possible by a magnetic resonance imaging procedure that is used by only a handful of research teams in the world. The noninvasive procedure uses the brain’s own blood and fluids to measure the breakdown of the blood–brain barrier.

In the new study, the authors found that in patients who had recently been diagnosed with obstructive sleep apnea and not yet treated, the permeability of the blood–brain barrier was significantly higher than it was in healthy people.

“This suggests that besides improving breathing in obstructive sleep apnea patients, we need to repair or improve blood–brain barrier function, perhaps by using treatments already available for other conditions,” said Kumar, who is also a member of the UCLA Brain Research Institute and holds a faculty appointment in UCLA’s department of bioengineering.

The study was funded by the National Institutes of Health (R01 HL-113251 and R01 NR-015038). Other authors were Jose Palomares, Sudhakar Tummala, Bumhee Park, Danny J.J. Wang, Daniel Kang, Ronald Harper and Mary Woo, all of UCLA; and Keith St. Lawrence of the Lawson Health Research Institute in Ontario, Canada.