The ability to modify gene expression in these cells has the potential to lead to new treatments for cancer, autoimmune disease 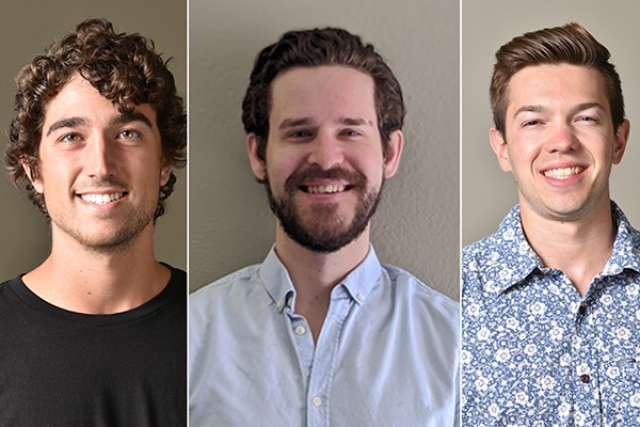 A UCLA research team has successfully used the powerful gene-editing tool known as CRISPR-Cas9 to alter the DNA of mature innate immune cells, some of the body's first responders to infections. These blood cells have been notoriously difficult to genetically engineer in the past.

While the work was carried out in mice, the ability to modify the gene expression of these cells could one day allow clinicians to better harness the power of the immune system in the fight against cancer and autoimmune disease.

The study, published in the journal Cell Reports, was led by senior author Tim O'Sullivan, an assistant professor of microbiology, immunology and molecular genetics and a member of the Eli and Edythe Broad Center of Regenerative Medicine and Stem Cell Research at UCLA.

"We've figured out a way to genetically edit cells that researchers have had a lot of difficulty with in the past," said O'Sullivan, who is also a member of the UCLA Jonsson Comprehensive Cancer Center. "The real impact will be if we can one day take cells from patients' blood, edit them using this approach and put them back in the same patient as an immunotherapy."

Unlike the adaptive immune system, which relies on the production of antibodies that target specific molecules present on viruses, bacteria, and other pathogens, the innate immune system is the body's first and more generalized line of defense. Innate immune cells — including macrophages, dendritic cells and natural killer cells — recognize and fight off a wide variety of foreign invaders using receptors that seek out common molecular patterns found in pathogens.

Over the past decade, researchers have utilized CRISPR-Cas9 to modify gene expression inside living cells. Adapted from a naturally occurring DNA-editing system in bacteria, the technology relies on a scissor-like protein called Cas9, which can be directed to cut DNA at specific sites on a cell's genome to disable, repair or make other alterations to genes.

Typically, the approach uses a harmless virus to deliver Cas9 and its accompanying molecules to the inside of cells. It has been successful in editing genes in dozens of cell types, including those of the adaptive immune system. But when researchers — including O'Sullivan's team — tried to use a similar approach on innate immune cells, the cells identified the virus as an invader and activated their defenses, thwarting the efficacy of the approach.

"We wanted to figure out a way to edit the innate immune cells without activating them," said UCLA graduate student Andrew Hildreth, co–first author of the new work.

The group’s new method involves zapping the innate immune cells with a small pulse of electricity — enough to make the outer covering of the cells slightly porous but not enough to harm the cells otherwise. If the Cas9 and the accompanying protein complex used for gene editing are in the liquid surrounding the cells and the electricity pulses just right, the Cas9 complexes can sneak in through the porous membrane of the cells.

"We optimized the process so that the Cas9 protein complexes enter the immune cells, go to the nucleus, and edit the target gene with 95% efficiency," said Luke Riggan, a graduate student in O'Sullivan's lab and the other co–first author of the paper. "And we can do all this in less than a week."

To show the utility of the new method for research purposes, O'Sullivan's team used it to delete a gene called MyD88 from the dendritic cells of mice. Without the gene, they showed, mice die from a virus that their immune systems can usually fight off. They also used the new delivery technology to edit the genes of natural killer cells, giving the researchers the ability to test how certain genes contribute to natural killer cell proliferation during viral infection. Natural killer cells are a type of white blood cell that have the ability to target cancer cells; boosting their proliferative capabilities could help treat some tumors, the researchers said.

In the future, O'Sullivan said, the method could be useful for a range of immunological research — quickly deleting many genes from different innate immune cells could help scientists screen for genes that are important for certain immune functions, for instance. But the approach could also be used clinically to edit immune cells taken directly from patients.

"The ability to use this technique in human cells could have major clinical applications," he said, adding that the team is already carrying out experiments on cells from human blood samples.

The research was supported by the National Institutes of Health, including a Ruth L. Kirschstein National Research Service Award.