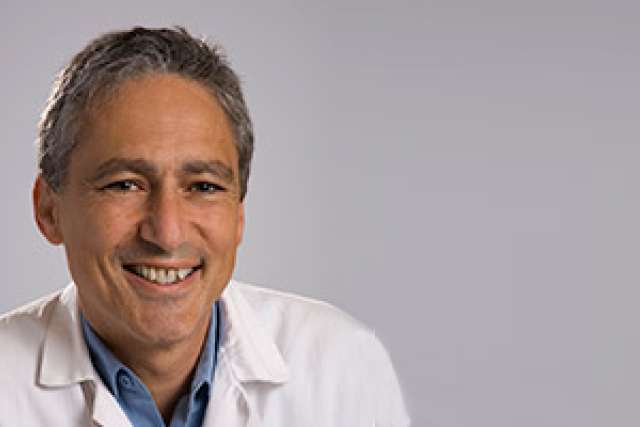 Exposure to a group of common pesticides, called dithiocarbamates, has long been associated with an increased risk of Parkinson’s disease, although the mechanism by which the compounds exert their toxicity on the brain has not been completely understood. A new UCLA study sheds light on the toxicity of the compounds while also suggesting a strategy that may help protect against the disease.

The research focused on the fungicide ziram, which is used extensively in heavily agricultural areas such as California’s Central Valley and which causes the loss of the main source of dopamine in the central nervous system. Loss of this source, called dopaminergic neurons, is associated with Parkinson’s disease.

The pesticide-linked damage starts with ziram’s ability to increase concentrations of a protein, called a-synuclein, which is abundant in the human brain. The a-synuclein proteins then aggregate, or clump together, harming neighboring neurons. This phenomenon also occurs in Parkinson’s disease that is not due to pesticide exposures, making it a target for researchers searching for a broad treatment.

In the new study, conducted in zebrafish, researchers found that elimination of the a-synuclein protein protected the zebrafish against the ziram-induced loss of dopamine neurons. Because most cases of Parkinson’s disease appear to be at least partially caused by environmental factors such as pesticide exposure, these findings support the approach that targeting a-synuclein could slow or stop the progression of Parkinson’s in most people with the disease, said study lead author Jeff Bronstein, a professor of neurology and director of movement disorders at the David Geffen School of Medicine at UCLA.

“These findings add to the growing literature linking pesticide exposure and the development of Parkinson’s disease and offers important insights into the mechanisms of ziram toxicity,” Bronstein said. “A better understanding of the pathogenesis of Parkinson’s disease will ultimately lead to new treatments and eventually a cure.”

The study was published June 15 in the peer-reviewed journal Environmental Health Perspectives.

First, the researchers developed a model of Parkinson’s in zebrafish -- the first such animal model of the disease -- and exposed them to ziram so that they lost dopamine. They found that the fish exposed to the ziram did not swim properly, evidence of a Parkinson’s-like condition.

Then the researchers genetically knocked out the a-synuclein protein in the zebrafish and exposed them to ziram again. The ziram failed to make the fish sick, and the animals continued to swim properly.

Next, the researchers gave the non-protected zebrafish an investigational drug, CLRO1, being developed by UCLA scientists that breaks up the protein aggregates, or clumps, in Parkinson’s patients. They found that the drug provided protection from the Parkinson’s-like condition in the fish.

“Getting rid of the protein genetically or breaking up the aggregates with this drug protected against ziram toxicity,” Bronstein said. “This is important – it establishes that environmental toxins work on the same pathway that is in play in those genetically disposed to Parkinson’s. Most important, we can use drugs being developed now on patients who get Parkinson’s because of ziram exposure.”

Going forward, Bronstein and his team will determine if other environmental substances are using the same mechanism to cause Parkinson’s. They will also conduct further research on CLRO1 in preparation for clinical trials in human subjects.

About 70 percent of Parkinson’s cases cannot be explained by genetics, Bronstein said, so the new finding could be vital to a large percentage of patients whose disease is not genetically caused.

The study was supported by grants from National Institute of Environmental Health Sciences (P01ES016732, 5R21ES16446-2 and T32ES01545), the Veterans Administration Healthcare System, The Levine Foundation and the Parkinson Alliance.