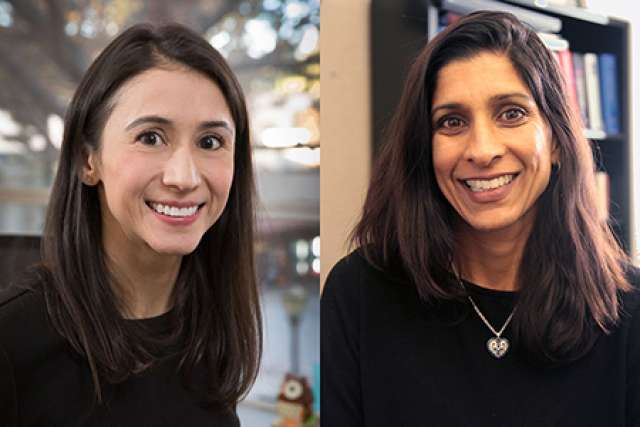 Two UCLA scientists are recipients of the 2019 Presidential Early Career Award for Scientists and Engineers for their "exceptional promise for leadership in science and technology."

The PECASE is the federal government's highest honor recognizing scientists for their contributions to science, technology, engineering and mathematics education. It also recognizes community service as demonstrated by scientific leadership, public education and community outreach.

The White House Office of Science and Technology Policy coordinates the awards with participating departments and agencies. The awards ceremony is July 25 in Washington, D.C.

Among the more than 300 recipients nationwide, the two scientists from UCLA are:

Jeste is a pediatric neurologist and an associate professor of psychiatry, neurology and pediatrics in the David Geffen School of Medicine at UCLA. Her research is focused on developing more precise methods for early prediction and diagnosis of neurodevelopmental disorders, including autism, using biomarkers and other genetic information, with the ultimate goal of improving the timing and targets of treatments for these conditions.

Jeste, who also is the founder and director of the UCLA Care and Research in Neurogenetics Clinic and a principal investigator at the UCLA Center for Autism Research and Treatment, is the principal investigator for several current studies, including a multi-site National Institutes of Health-funded study focused on identifying brain biomarkers, genetic risk factors and early intervention in autism.

Galván is a UCLA professor of psychology and a member of UCLA’s Brain Research Institute. Her research on adolescent brain development, funded in part by the NIH, is focused on informing policy on juvenile justice and related issues.

Her work has addressed critical environmental factors affecting behavior, such as the role of sleep and family disadvantages on the neurodevelopment of regions of the brain associated with risk and reward. Earlier this year, she received a 2019 Troland Research Award, which is given annually to recognize outstanding achievement by young researchers in experimental psychology.

Galván published research last year explaining the differences between people who experienced symptoms of depression, such as difficulty sleeping or loss of appetite, following the 2016 U.S. presidential election compared with people who did not experience such symptoms.