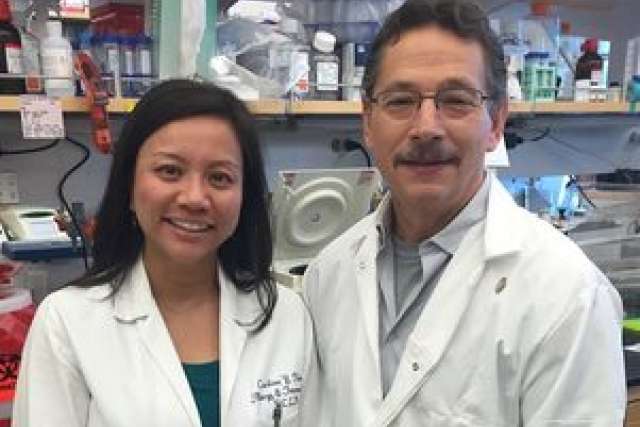 Scientists at the UCLA Eli and Edythe Broad Center of Regenerative Medicine and Stem Cell Research have been awarded $7.4 million to lead a clinical trial that will utilize a stem cell gene therapy to correct a genetic defect associated with an immunodeficiency disorder.

Chronic granulomatous disease, which prevents white blood cells from killing foreign invaders such as bacteria, fungi and other microorganisms, is an inherited blood disorder affecting approximately 1 in 200,000 persons in the United States. The disorder is usually diagnosed before age 5 and can cause severe, persistent and untreatable tissue infections that lead to the formation of granulomas (a mass of tissue produced in response to infection). Without treatment, children often die within the first decade of life.

The financial award from the California Institute for Regenerative Medicine will fund a phase I/II clinical trial led by Dr. Donald Kohn, professor of pediatrics in the David Geffen School of Medicine at UCLA and the principal investigator.

“CIRM has provided us with a very exciting opportunity to assess the viability of a potential cure for this devastating disease using a novel therapy that, if successful, could possibly be utilized in other diseases in the future,” said Kohn, who is also a UCLA professor of microbiology, immunology and molecular genetics and a member of the UCLA Children’s Discovery and Innovation Institute at Mattel Children’s Hospital.

The stem cell gene therapy process used in the trial will use patient’s own blood-forming stem cells, which are capable of turning into any type of blood cell, including the white blood cells central to the immune system. Blood stem cells will be removed from the patients and modified to correct the genetic defect that causes the disorder. Once treated, the modified blood stem cells will be transplanted back into the patient, with no risk of rejection since the gene therapy uses the patient’s own cells.