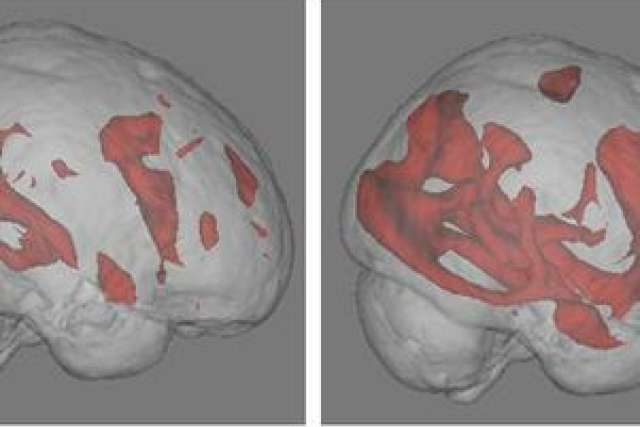 The study, the first of its kind to assess the impact of Internet searching on brain performance, is currently in press at the American Journal of Geriatric Psychiatry and will appear in an upcoming issue.

"The study results are encouraging, that emerging computerized technologies may have physiological effects and potential benefits for middle-aged and older adults," said principal investigator Dr. Gary Small, a professor at the Semel Institute for Neuroscience and Human Behavior at UCLA who holds UCLA's Parlow-Solomon Chair on Aging. "Internet searching engages complicated brain activity, which may help exercise and improve brain function."

As the brain ages, a number of structural and functional changes occur, including atrophy, reductions in cell activity, and increases in deposits of amyloid plaques and tau tangles, which can impact cognitive function.

Small noted that pursuing activities that keep the mind engaged may help preserve brain health and cognitive ability. Traditionally, these include games such as crossword puzzles, but with the advent of technology, scientists are beginning to assess the influence of computer use — including the Internet.

Additional details on the study and further research on the impact of computer technologies on the aging brain are highlighted in Small's new book, "iBrain: Surviving the Technological Alteration of the Modern Mind," published today.

For the study, the UCLA team worked with 24 neurologically normal research volunteers between the ages of 55 and 76. Half of the study participants had experience searching the Internet, while the other half had no experience. Age, educational level and gender were similar between the two groups.

Study participants performed Web searches and book-reading tasks while undergoing functional magnetic resonance imaging (fMRI) scans, which recorded the subtle brain-circuitry changes experienced during these activities. This type of scan tracks the intensity of cell responses in the brain by measuring the level of cerebral blood flow during cognitive tasks.

All study participants showed significant brain activity during the book-reading task, demonstrating use of the regions controlling language, reading, memory and visual abilities, which are located in the temporal, parietal, occipital and other areas of the brain.

Internet searches revealed a major difference between the two groups. While all participants demonstrated the same brain activity that was seen during the book-reading task, the Web-savvy group also registered activity in the frontal, temporal and cingulate areas of the brain, which control decision-making and complex reasoning.

"Our most striking finding was that Internet searching appears to engage a greater extent of neural circuitry that is not activated during reading — but only in those with prior Internet experience," said Small, who is also the director of UCLA's Memory and Aging Research Center.

Compared with simple reading, the Internet's wealth of choices requires that people make decisions about what to click on in order to pursue more information, an activity that engages important cognitive circuits in the brain.

"A simple, everyday task like searching the Web appears to enhance brain circuitry in older adults, demonstrating that our brains are sensitive and can continue to learn as we grow older," Small said.

Small added that the minimal brain activation found in the less experienced Internet group may be due to participants not quite grasping the strategies needed to successfully engage in an Internet search, which is common while learning a new activity.

"With more time on the Internet, they may demonstrate the same brain activation patterns as the more experienced group," he said.

Researchers noted that additional studies will address both the positive and negative influences of these emerging technologies on the aging brain.

The study was funded by the Parvin Foundation.