UCLA study: Mother's place of birth is a risk factor for autism in U.S.-born children 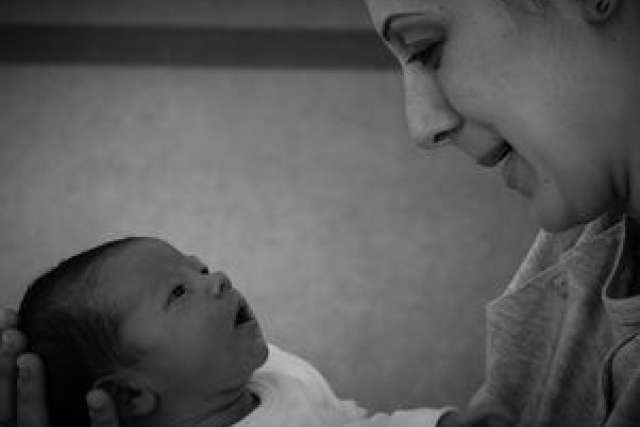 In the U.S., the prevalence of autism has been reported to be highest among non-Hispanic white children, but a new study from the UCLA Fielding School of Public Health offers evidence that other ethnic groups actually are at a higher risk for the disorder. Using data from racially diverse Los Angeles County, which is home to a large number of recent immigrants, the researchers found that the mother's place of birth is a risk factor for autism among U.S. children.

Specifically, they found that when compared with children born to white American mothers, children of foreign-born women who are black, Central or South American, Filipino and Vietnamese had a higher risk of autism. The same held true for children of U.S.-born African American and Hispanic women. The risks were adjusted for maternal age, education levels, socioeconomic status, whether the families had health insurance and other factors known to influence the diagnosis rate.

The study appears in the current online edition of the journal Pediatrics.

Autism spectrum disorders are complex developmental disorders that affect how a person behaves, interacts with others, communicates and learns. Until now, though, scientists have had a difficult time determining possible prenatal risk factors other than the mother's age and complications during pregnancy. However, recent European studies have reported an association between the nation where a woman is born and her children's risk for autism.

"Epidemiology has a long tradition of using migration studies to understand how environmental and genetic factors contribute to disease risk in populations," said Dr. Beate Ritz, the paper's senior author, and a professor and chair of the Fielding School's department of epidemiology. The fact that 22 percent of 6-year-olds born in the United States have immigrant parents opened a unique opportunity for us to consider the in?uence of nativity, race and ethnicity on the causes of autism spectrum disorder."

The study analyzed birth records for children born in Los Angeles County who had been diagnosed with autism between the ages of three and five from 1998 to 2009. Researchers linked the children to their California birth certi?cates, which include information about the mother's race, ethnicity and place of birth. In total, 7,540 children with autism were identified from more than 1.6 million births.

The study suggests that there are several varied reasons that the mother's place of birth is a risk factor. One common thread may be the psychological and physical stresses the mothers experience while relocating, for example, due to escaping war, natural disasters or malnutrition from famine.

"For foreign-born mothers, language and cultural barriers in the U.S., and a lack of access to health care could also have caused an underestimate of autism spectrum disorder in these populations," said Ritz, who is also a professor of neurology and a member of the UCLA Brain Research Institute.

The discovery that the mother's place of origin is a risk factor for childhood autism has important clinical implications, Ritz said. "Our ?ndings suggest that we need to do a better job of early identi?cation and treatment of autism spectrum disorder for these large and diverse immigrant communities who vary in risk, protective factors and access to health care."

The study's other researchers were first author Tracy Ann Becerra, Ondine von Ehrenstein, Julia Heck, Jorn Olsen, Onyebuchi Arah, Shafali Jeste and Michael Rodriguez, all of UCLA. Funding for the study was provided by the UCLA Graduate Division and the UCLA California Center for Population Research, and was supported by an infrastructure grant (R24HD041022) from the Eunice Kennedy Shriver National Institute of Child Health and Human Development.