Changes in RNA editing play an important role in the disorder, scientists find 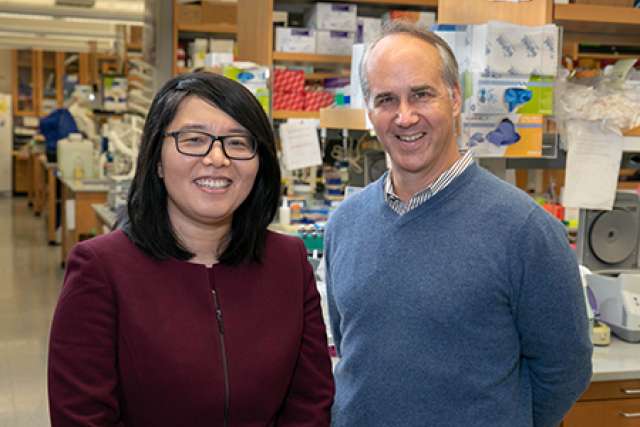 A team of UCLA-led scientists has discovered important clues to what goes wrong in the brains of people with autism — a developmental disorder with no cure and for which scientists have no deep understanding of what causes it.

The new insights involve RNA editing — in which genetic material is normal, but modifications in RNA alter nucleotides, whose patterns carry the data required for constructing proteins.

"RNA editing is probably having a substantial physiologic effect in the brain, but is poorly understood," said co-author Dr. Daniel Geschwind, UCLA's Gordon and Virginia MacDonald distinguished professor of human genetics, neurology and psychiatry and director of UCLA's Institute for Precision Health. "RNA editing is a mysterious area whose biological implications have not been much explored. We know what only a handful of these RNA editing sites do to proteins. This study gives a new critical clue in understanding what has gone awry in the brains of autism patients."

More than 24 million people worldwide are estimated to have autism. In developed countries, about 1.5 percent of children have been diagnosed with autism spectrum disorder as of 2017. The disorder affects communication and behavior, and is marked by problems in social communication and social interaction, and repetitive behaviors.

"We need to understand how a panoply of genetic and environmental factors converges to cause autism," Geschwind said. "RNA editing is an important piece of the autism puzzle that has been totally under-appreciated."

Xinshu (Grace) Xiao, the senior author of the research and UCLA's Maria R. Ross professor of integrative biology and physiology, and her research team analyzed seven billion nucleotides for each brain sample.

Xiao's team discovered reduced editing in the group members with autism. Specifically, they identified 3,314 editing sites in the brain's frontal cortex in which the autism patients had different levels of RNA editing from the control group. In 2,308 of those sites, the individuals with autism had reduced RNA editing, said lead author Stephen Tran, a graduate student in UCLA's bioinformatics interdepartmental program who works in Xiao's laboratory. In the 1,006 others, they had increased levels of RNA editing, he added.

In the brain's temporal cortex, the people with autism had different levels of RNA editing from the control group in 2,412 editing sites, with 1,471 of those sites showing reduced editing levels, Tran said. In the brain's cerebellum, the autism group members had different levels of RNA editing from control group members in 4,340 sites, of which 3,330 sites in the autistic brain had decreased levels. All three of these brain regions are very important in autism.

The research, published in the journal Nature Neuroscience, is the first comprehensive study of RNA editing in autism spectrum disorder.

Xiao said RNA editing can be thought of as RNA mutations, analogous to the DNA mutations that are linked to many diseases.

"The same piece of DNA can generate multiple versions of RNA, and possibly lead to different protein sequences," said Xiao, director of UCLA's bioinformatics interdepartmental graduate program. "RNA editing allows cells to create novel protein sequences that are not written in the DNA."

Scientists had long assumed that a sequence of RNA is a faithful copy of a gene's DNA sequence — and that RNA is merely the cellular messenger that carries out DNA's instructions to other parts of the cell. "This assumption was proved to be wrong when RNA editing was first discovered in the 1980s," Xiao said, "and we are finding many examples where the genetic codes we inherit from our parents are edited in our cells."

"This is the first strong data showing a broad and direct functional role for FMRP and FXR1P in the human brain and autism," Xiao said.

"Something about what FMRP does is clearly critical to autism pathogenesis," Geschwind said. "Grace and her team show that these two related proteins are likely responsible for the reduced RNA editing, as well as the occasional increased RNA editing."

It is currently unknown, he said, whether the changes the people with autism had in RNA editing caused their autism, contributed to the disorder or were a result of it. "We can't assign causality," said Geschwind, who praised the research of Xiao's team as "elegant and brilliant."

RNA editing may also be disrupted in schizophrenia, bipolar disorder and major depression. The research team plans to continue to study this as well as other brain diseases.

Xiao and Tran replicated their findings by analyzing the frontal cortex from a different group of 22 people who had autism spectrum disorder and a control group of 23 without the disorder. They found the same pattern of editing reduction as they found originally, Tran said.

The researchers found RNA editing alterations in genes of critical neurological relevance to autism, including CNTNAP2 and CNTNAP4, NRXN1 and NRXN3, ANK2, NOVA1 and RBFOX1.

Xiao and Tran used powerful methods of bioinformatics and statistics to identify the RNA editing sites, including a method similar to GIREMI that Xiao designed in 2015 with Qing Zhang, a former postdoctoral scholar in her laboratory.

This study may eventually lead to new treatments for autism, but likely not for many years, the researchers said.

Other co-authors are listed in the journal article.