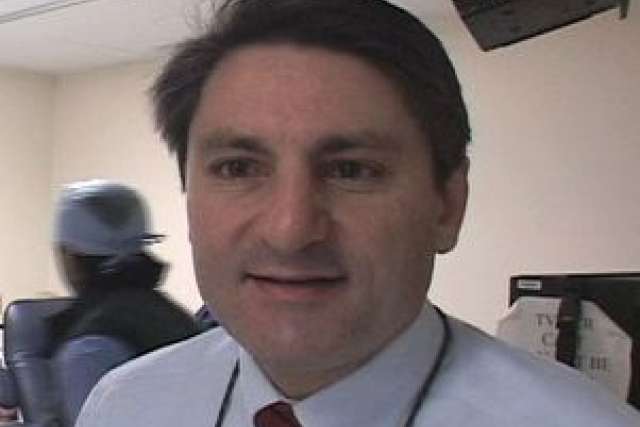 Transplant No. 5,000 was performed on Tempo Edwards, a 39-year-old woman who had undergone two previous transplants at UCLA. Dr. Jeffrey Veale, UCLA assistant professor of urology and director of the paired-donation program, performed the surgery.

The 5,000 total includes about 700 kidney transplants performed on children since the inception of UCLA's pediatric transplant program in 1980. UCLA's first transplant was performed in 1964.

"Our transplant team feels both proud and privileged to have served so many patients with kidney failure over the years," said Dr. Gabriel Danovitch, medical director of the kidney transplant program.

A longtime patient of Danovitch's, Edwards had dysplastic kidneys, meaning they were too small. She received her first transplant in November 1986; that kidney lasted about seven years. Edwards received another transplant in December 1996, and even though that organ began failing after eight years, she still managed to avoid dialysis treatment, which can be extremely grueling.

Edwards got the call that a new kidney was available the day before her transplant. She was tickled to learn about her central role in UCLA's milestone.

"This surgeon that I had was awesome," she said.

Veale noted that UCLA is one of the nation's largest and most active transplant centers, having performed, in addition to kidney transplants, some 4,000 liver and 2,000 heart transplants, as well as hundreds of lung, pancreas and intestine procedures. Edwards was the perfect patient for the kidney program's milestone, he said.

"The 5,000th couldn't have gone to a better patient," he said. "Although it was a challenging surgery, she's doing great."

In the meantime, Gritsch reached his personal milestone when he performed a transplant on Adrian Oen, a 30-year-old man from Whittier, Calif., who was born with a congenital kidney abnormality. His mother, Anabell, was the donor. This was Adrian's second transplant; his father donated a kidney in 1984.

Gritsch's extensive experience prepared him for this challenging procedure. He did his urology residency at UCLA from 1986 to 1991 and completed a transplant immunology fellowship at Massachusetts General Hospital in 1993 and a research clinical fellowship at the University of Pittsburgh in 1997. He joined the UCLA faculty in 1997.

"Very few surgeons have the opportunity to perform this operation as frequently," Gritsch said. "I could not have done this without my mentors and colleagues at UCLA. Dr. Willard Goodwin, the first chairman of urology, had the vision that this operation would be important for patients with urologic disease. I think he would be amazed to know that it is now one of the most common operations at UCLA."

The video above is also available at http://streaming.uclahealth.org/gritsch.