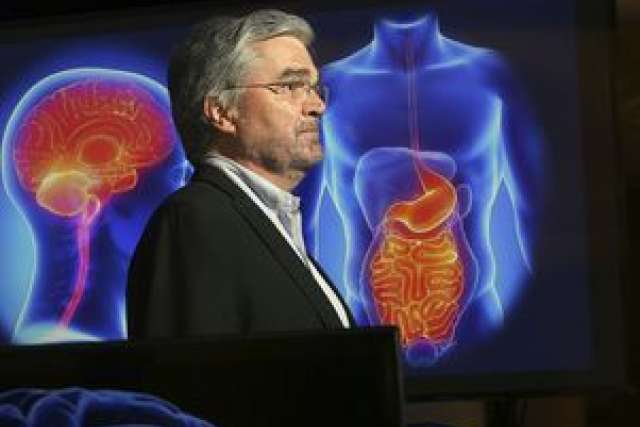 Just past midnight on Sept. 26, 1983, Lt. Colonel Stanislav Petrov, a member of the Soviet Air Defense Forces serving as the command-center duty officer for a nuclear early-warning system, faced a decision with unimaginable consequences.

Cold War tensions were running hot. The Soviet Union had recently shot down Korean Air Lines Flight 007, killing all 269 passengers and crew aboard the Boeing 747. The Soviets claimed the plane was on a spy mission and represented a deliberate provocation by the United States.

Now, in a bunker outside of Moscow where Petrov was stationed, alarm bells blared as Soviet satellites detected five U.S. ballistic missiles heading toward the USSR. Was this a real nuclear attack warranting retaliation? Or was it a false alarm? Gazing at a screen that flashed “launch” “launch” “launch,” Petrov had only minutes to decide.

Thirty years later, Petrov reflected on his fateful decision to ignore the signal coming from the satellite detection system — which, of course, had turned out to be erroneous. But at the time, when he couldn’t know that for sure, Petrov said he ultimately made the decision based on “a funny feeling in my gut.”

In his book “The Mind-Gut Connection: How the Hidden Conversation Within Our Bodies Impacts Our Mood, Our Choices, and Our Overall Health” (Harper Collins, 2016), Dr. Emeran Mayer retells Petrov’s story, and he notes how many historic and present-day decision-makers have cited unspecified feelings in their gut as tipping the balance on a difficult call.

To many of us, these “gut feelings” leading to “gut decisions” represent instincts with no basis in reasoned thought. But Dr. Mayer, professor of medicine, physiology and psychiatry and biobehavioral sciences and director of the UCLA Oppenheimer Center for Neurobiology of Stress and Resilience, has other ideas. Acting on his own inclinations developed as a medical student, he has spent the last 40 years building a scientific case for the inextricable link between the brain and the gut, often calling into question the conventional medical wisdom.

“The gut,” Dr. Mayer says, “converses with the brain like no other organ. When people talk about going with their gut feelings on an important decision, what they’re referring to is an intuitive knowledge based on the close relationship between our emotions and the sensations and feelings in the gastrointestinal (GI) tract.”

Illustration by Jon Lee
The gut and the brain are closely linked through bidirectional signaling pathways that include nerves, hormones and inflammatory molecules.

Dr. Mayer and the growing number of colleagues at UCLA and around the world who are interested in the mind-gut connection have been buoyed by the emerging evidence coming from studies of the gut microbiome — the 100-trillion-or-so bacteria and other microbes that make their home in our intestines. Research (mostly in the laboratory, but some in humans) suggests that emotions can affect the gut microbiota, and that, conversely, certain gut microbes can be mind-altering.

Yes, the gut has its essential roles to play in digestion and metabolism. But as Dr. Mayer suggested in an interview with Scientific American in 2010: “The system is way too complicated to have evolved only to make sure things move out of your colon.”

Dr. Mayer is convinced that the brain-gut axis isn’t a linear system, as it is often still viewed, but a circular-feedback loop operating through multiple communication channels. One of the most common channels is via activation of the vagus nerve, which extends from the gut lining to the brain stem. But interactions also can occur between the brain and the immune system (the gut hosts the majority of the body’s immune cells) and between the brain and the endocrine system. When the communication channels go awry for one of a variety of reasons — including poor diet, stress or illness — the result can be physical-health problems such as digestive disorders and obesity or mental-health issues such as anxiety or depression. It’s no coincidence, Dr. Mayer notes, that most patients with anxiety or depression also have abnormal gastrointestinal function.

Dr. Mayer’s influence in shedding light on the mind-gut connection extends well beyond his own work; he has consulted with researchers looking at the relationship from a variety of vantage points. “Emeran has a unique ability to communicate across different levels of analysis — from the cellular to the physiological to the psychological to the behavioral,” says Nancy Zucker, director of the Center for Eating Disorders at Duke University. “That enables researchers to better see the clinical and translational implications of our studies.”

Zucker has sought Dr. Mayer’s counsel on studies of the impact of gut-brain interactions on people with eating disorders and has collaborated with his group in studies of patients with anorexia nervosa. She is pursuing the hypothesis that a hypersensitivity to gut sensations fuels the disorder. “The widely accepted narrative is that these are individuals with a biological vulnerability, and the environment brings it out,” Zucker says. “We believe that this vulnerability starts below the neck, and that it is neurological.”

Well before the current “decade of the microbiome,” Dr. Michael Gershon broke new ground with his book "The Second Brain" (Harper, 1998), referring to the collection of approximately 100 million neurons in the gut that constitute the enteric nervous system and act both independently and interdependently with the brain in our head. While it’s no help in matters of philosophy, poetry and other forms of deep thought, Dr. Gershon noted, this second brain and how it interacts with the first one is a key factor in our physical and mental well-being.

The gut remains an underappreciated organ even by many scientists and physicians — perhaps because it isn’t pleasant to look at or think about, suggests Dr. Gershon, who continues to serve as chairman of the Department of Anatomy and Cell Biology at Columbia University.

“What Emeran Mayer and others are finding is that there is a whole world of microorganisms that live in the gut,” he says, “and that they are not just evil bacteria but are companions in life.”

To read the entire story, go to U Magazine’s spring 2017 issue.