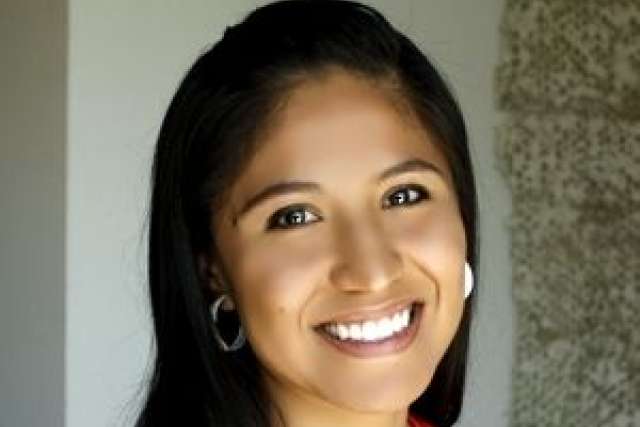 A paper by researchers at the UCLA Center for the Study of Latino Health and Culture urges medical schools to do more to increase their enrollment of undocumented immigrants seeking access to the medical professions.

The authors of “Undocumented Students Pursuing Medical Education: The Implications of Deferred Action for Childhood Arrivals,” published in the current issue of the journal Academic Medicine, suggest that these students, who are often highly motivated and qualified, can help alleviate the nationwide shortage of primary care physicians, particularly in underserved, low-income areas.

“This country is in great need of primary care physicians to fill the ongoing shortage, yet qualified undocumented pre-medical students are still being denied access to medical schools because of concerns regarding their status,” said Dr. Yohualli Balderas-Medina Anaya, a resident physician in the department of family medicine at the David Geffen School of Medicine at UCLA and the paper’s lead author.

The authors suggest that Deferred Action for Childhood Arrivals (DACA), an initiative signed by the Obama administration in 2012 that allows certain young undocumented immigrants to work legally in the U.S. without fear of deportation, could help shore up the numbers.

The number of primary care physicians is shrinking in the U.S. in large part because medical school graduates are frequently choosing to enter medical specialties, which are generally more lucrative. At the same time, there is a greater need for generalists due to several factors, including an aging population and the implementation of the Affordable Care Act, which ultimately is expected to make health care accessible to an estimated 30 million previously uninsured people.

Today, there are approximately 1.8 million undocumented immigrants who can prove they arrived in the U.S. when they were younger than 16. Under DACA, the government defers the deportation of some of these immigrants and allows them to obtain work permits, Social Security numbers and, in 45 states, driver’s licenses — all of which are renewable every two years. The policy applies to those who were younger than 31 in June 2012 and who have lived continuously in the U.S. since June 15, 2007; qualified immigrants must be enrolled in high school, be high school graduates or have obtained a GED certificate, and they must not have been convicted of a felony, significant misdemeanor, or three or more other misdemeanors.

The authors estimate that admitting students who would qualify for DACA to medical schools could result in anywhere from 5,400 to 31,860 potential future physicians. And studies have shown that many of these potential medical students are underrepresented minorities who are highly likely to specialize in primary care and who feel a deep commitment to return to and serve underserved, low-income communities.

The authors propose a number of ways to make medical education more accessible to this group, including:

“It is time for broad discussions among medical school administrators, faculty, students, and staff to develop institutional responses and to make standards readily available and more transparent for interested undocumented students,” the authors write. “We call upon the medical community to support these students as they pursue medical careers.

“Specifically, we encourage medical programs to consider accepting undocumented students and to openly promote their stance on eligibility, so as to make it easier for these students to navigate the application process. We also hope that schools will offer additional financial support to undocumented students, as their documentation status still prevents them from accessing federal financial aid, and this remains the steepest barrier for this group. Finally, we hope that our peers in the medical community will be aware of state policies that affect undocumented students, and be sensitive, empathic, and supportive when encountering these students seeking access to the medical professions.”

“The David Geffen School of Medicine fully supports the DREAM Act and the goals of qualified undocumented immigrants who seek a medical education,” said Dr. Clarence Braddock, vice dean for education at the school. “We consider their applications under the same admissions standards as we do for any other applicant, but we also recognize the barriers that they face, particularly in seeking financial aid. We work actively to explore mechanisms for financial aid for these students.”

Anaya’s co-authors on the paper include Mithi del Rosario, Lawrence “Hy” Doyle and David Hayes-Bautista, all of UCLA.