The findings, published in the Lancet, found that vagus nerve stimulation improved arm movement in 50% of study participants. 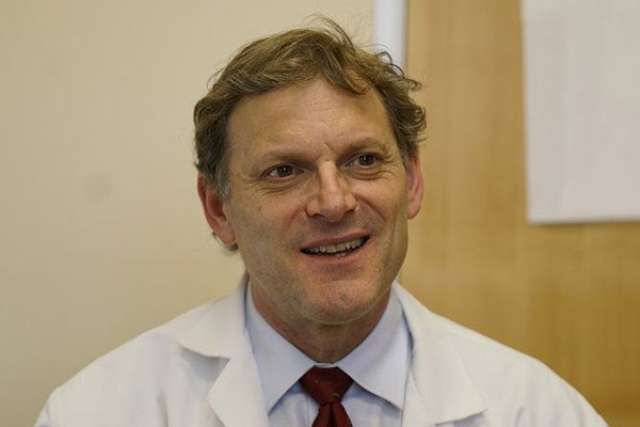 Researchers in a large, multi-institution study, including the David Geffen School of Medicine at UCLA, have demonstrated that vagus nerve stimulation, also known as VNS, paired with rehabilitation exercises improved arm mobility after stroke. The study was published in The Lancet.

About half of the patients treated with vagus nerve stimulation showed significant improvement in arm movement, compared with approximately a quarter of those who did not receive the treatment. This large, pivotal trial was designed to determine whether VNS is a safe and effective way to treat patients with limited arm mobility after a stroke.

Some 80% of people who have strokes experience loss of arm movement. Current therapies are not adequately effective at restoring this function. VNS is thought to enhance the brain’s ability to form new connections. In rodent models of stroke, VNS paired with physical training significantly improved the recovery of forelimb function. It also increased the new connections being made between neurons in the motor area of the brain.

Doctors at 19 stroke centers in the U.S. and the U.K. implanted 108 patients with a vagus nerve stimulation device. All patients had experienced an ischemic stroke between nine months and 10 years prior to beginning the treatment. The patients attended therapy at a rehabilitation center three times a week for six weeks. At these appointments, they performed exercises under the supervision of a physical therapist or occupational therapist. Half of the patients received VNS during therapy, and half did not. Importantly, the patients receiving no VNS did have a device implanted, just as the treatment group did, but it wasn’t turned on during therapy. Neither the patients receiving treatment nor those in the control group knew whether they were receiving VNS, eliminating expectancy bias.

After the six weeks of supervised therapy, the patients performed daily exercises from home, and during these exercise sessions activated the VNS device by themselves. The researchers assessed the patients’ movement scores on the first day after completing the six-week clinical therapy program, and again 90 days later. They used an arm movement test called the Fugl-Meyer Assessment, and each patient in the study began with a Fugl-Meyer score between 20 and 50 (out of 66, higher is better). After six weeks of rehab, the patients receiving VNS had improved their scores by about 5 points compared with 2.4 points for those getting rehab only. At the end of 90 days, the difference was more pronounced. VNS patients’ scores went up by 5.8 points on average, while non-VNS patients improved by an average of 2.8 points. About half of the patients receiving VNS improved to an important degree, while only a quarter of those in the non-VNS group did. Quality of life also improved more with VNS.

This study provides important evidence that a vagus nerve stimulation device, combined with rehabilitation therapy, can restore some arm movement, and improve quality of life after a stroke. Future studies will investigate whether VNS can improve arm movement in patients with more severe loss of function, or whether it can improve function in other areas, such as loss of language.

The study is published online in the journal The Lancet.

The study included authors from 19 institutions, including Dr. Steven C. Cramer, a stroke neurologist and professor of neurology at the David Geffen School of Medicine at UCLA and the California Rehabilitation Institute.

The work was funded by MicroTransponder.