As the brain learns to process 3-D vision, the cells of the visual cortex turn different genes on or off in response to visual information 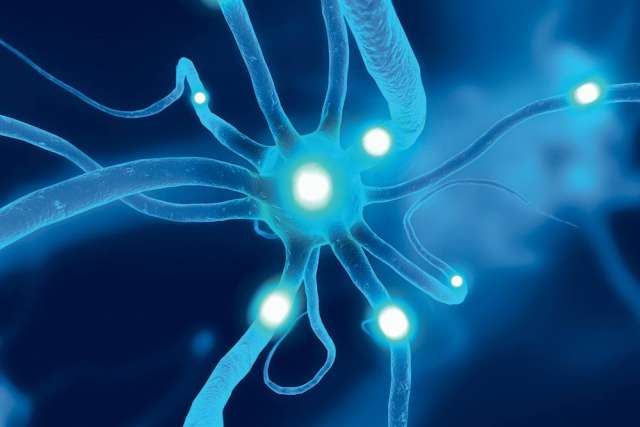 Experiences shape brain development in all kinds of ways, from movement to language to emotional regulation. Shortly after birth, the mammalian brain learns how to understand three-dimensional visual information by repeatedly processing signals that come in from the retina. Over time, thousands of connections form, creating a branching network of neurons responsible for making sense of the light bombarding the eye.

Now, neuroscientists at the David Geffen School of Medicine at UCLA in collaboration with scientists at UC Berkeley have discovered that visual stimulation not only guides the way brain cells connect, but actually influences the types of cells that form in the first place – something that was thought to be genetically programmed.

“What we found was quite surprising,” said Larry Zipursky, PhD, distinguished professor of biological chemistry and a Howard Hughes Medical Institute investigator. “Visual experience was necessary to specify what types of cells form. That was unexpected.”

The findings were published in the journal Cell.

One of the brain’s tasks is coordinating the slightly different information coming from each eye into something we perceive as a single, coherent three-dimensional image. Studies in animals have shown this ability is dependent on visual input during a certain time after birth called the critical period.

Indeed, the 1981 Nobel Prize in Medicine was awarded for research showing that by blocking vision in one eye during the first few months of life, researchers could disrupt the precise organization of neurons in the visual cortex. Normally, cells that respond to stimuli from each eye cluster together in columns, but without input from both eyes, these structures don’t form correctly.

To investigate how experience affects the development of binocular vision on the single-cell level, Zipursky got together with UCLA neurobiologists Joshua Trachtenberg and Dario Ringach to plan a novel approach – one that would allow them to “have a different perspective on this question,” said Dr. Zipursky.

The project combined two state-of-the-art techniques to generate a robust understanding of what the cells were doing. First, they used a live-imaging method that allowed them to see which cells were activated inside a mouse’s brain while the mouse looked at images.

Some cells start out monocular, or tuned to one eye, while “binocular” cells receive signals from both eyes. It was thought that visual experience would help weaker binocular cells strengthen their connections and improve their performance.

The imaging experiments demonstrated, however, that cells that were initially only responsive to one eye could gain responsiveness to the other eye and become binocular, while other cells that started out connected to both eyes, but were poorly tuned, dropped connections and became monocular.

“What we learned from the live imaging is that things are much more fluid than we thought,” Dr. Zipursky said. That was just a hint of the fluidity they were about to uncover.

The second prong of the study took advantage of a major technological advance in molecular biology called “single-cell transcriptomics.” For this phase of the work Drs. Zipursky and Trachtenberg were joined by Dr. Karthik Shekhar, an assistant professor at UC Berkeley. The work was completed in a close collaboration between two graduate students Dr. Sarah Cheng (UCLA), Salwan Butrus (UC Berkeley), and a postdoctoral fellow Dr. Liming Tan (UCLA) in their laboratories.

When a gene is activated, its DNA is used to create a strand of RNA by a process called transcription. The cell then uses that RNA strand to assemble the protein encoded by the gene. Collecting and sequencing the RNA produced by a particular cell at a particular time gives a snapshot of which genes are currently activated.

“The goal was to do the imaging studies and then, in parallel with that, use this revolutionary technology of single-cell sequencing to look at the genes expressed in all the cells in multiple stages of development,” Dr. Zipursky explained.

To their surprise, the researchers discovered that the mice reared in the dark developed a very different population of cells than those exposed to light, based on their gene expression profiles. This was astonishing, because it was always thought that cell type was determined by a variety of factors that were independent of an animal’s experience, such as the location of the cells within the brain.

Another surprise was that cell types exist along a gradient, Dr. Zipursky said. “We think of a cell type as being a discrete entity,” he said. “In our case, we identified three cell types, but these three cell types are a continuum. They merge into each other; they’re not entirely distinct.”

The researchers documented around 250 genes that had higher or lower expression along a gradient in different cells. “About 70% of those were affected by vision,” said Dr. Zipursky. “In the absence of vision, you massively changed the expression of many, many genes, and you lost this gradient of expression.”

Finally, from an evolutionary perspective, it was interesting to note which cells were and were not dependent on vision for their development.

The embryonic brain forms in layers, beginning from a single tube of neural stem cells. As cells are born and migrate out to form new layers, the types of cells making up these layers are defined by changes in gene expression.

“What was amazing was that the cells that are born earliest in development and form the first few layers - those are intrinsically established,” said Dr. Trachtenberg.

The cells born later, which migrate to the outermost layer of the cortex, are the ones that the researchers discovered to be dependent on visual experience. This has some interesting evolutionary implications, he said.

That upper layer, where the cells are sensitive to sensory experience, is the part of the cortex that is most expanded in primates compared with earlier species, such as mice. “It seems that evolution has taken advantage of the plasticity and massively promoted that as it builds brains,” Dr. Trachtenberg said. “We didn’t just add more of all the cells, we added more of those kinds of cells.”

The combination of live-imaging and gene expression studies have yielded a wealth of information about how the visual cortex forms, but a great deal remains unknown. As new technologies arrive on the scene, it’s becoming possible to study the brain in much finer detail, both in space and over time.

“This really was a group project with a lot of expertise that came from different sources,” said Dr. Zipursky. “It’s opened up a whole new area, and this is just the beginning of trying to understand what all this means. It has a lot of us excited about what’s next, and what kind of technology we can use to give us more information.”

To learn more, visit the website for the Neurobiology department or the Zipursky lab.