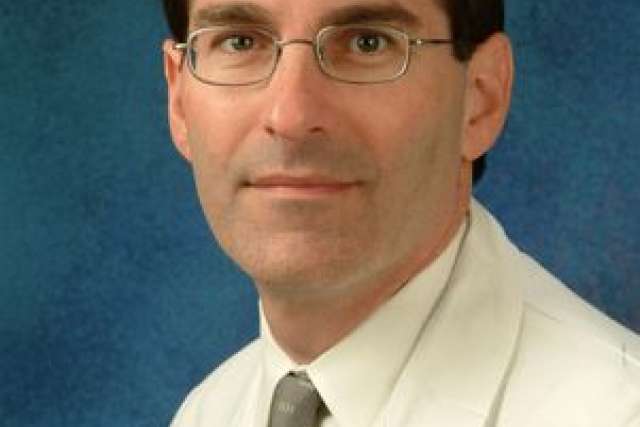 Among the most frequent factors leading to hospitalization were pneumonia, irregular heart beat and obstructed blood flow to the heart, according to the UCLA study, which appears in the April 28 edition of the Archives of Internal Medicine.

"Understanding the factors that can exacerbate heart failure and lead to hospitalizations — especially the ones that are avoidable — are invaluable to clinicians to help us improve management of heart failure," said the study's first author, Dr. Gregg C. Fonarow, UCLA's Eliot Corday Chair in Cardiovascular Medicine and Science and director of the Ahmanson-UCLA Cardiomyopathy Center.

According to Fonarow, the study is one of the largest to examine the frequency with which these precipitating factors occur in heart failure patients admitted to the hospital and to assess the impact they have on clinical outcomes. An academic team of researchers across the country contributed to the research.

Heart failure affects 5 million Americans, with nearly 3.6 million hospitalizations each year attributed the condition, which occurs when the heart's left ventricle can no longer pump enough blood to the body's other organs.

Researchers utilized data from a large heart-failure patient registry known as the Organized Program to Initiate Lifesaving Treatment in Hospitalized Patients with Heart Failure, or Optimize-HF, which includes information on patients from 259 hospitals across the country.

Between March 2003 and December 2004, 48,612 eligible heart-failure patients at these academic and community hospitals were enrolled in the registry. In addition, a subgroup of 5,791 was followed for 60 to 90 days after leaving the hospital to collect additional data on post-discharge outcomes, including mortality and re-hospitalization rates.

Researchers found that the most frequent factors contributing to hospital admission were pneumonia or respiratory ailments (15.3 percent of patients); obstructed blood flow to the heart, known as ischemia (14.7 percent); irregular heart beat or arrhythmia (13.5 percent); and uncontrolled hypertension (10.7 percent).

"Over 60 percent of hospitalized heart failure patients had at least one of these precipitating factors at hospital admission," Fonarow said.

The study authors also determined that patients with none of these factors had lower in-hospital mortality rates than those with one or more of them.

"The study offers important insight and points to where we can intervene early, such as making sure patients with heart failure are immunized against flu and pneumonia," Fonarow said.

Fonarow said that some conditions are easier to fix, such as getting patients back on blood pressure medication or helping them follow a correct diet, which may help explain why such factors are associated with lower mortality and shorter hospital stays.

Follow-ups conducted 60 to 90 days after patients left the hospital revealed that the those who had ischemia or worsening kidney function when they were admitted had the highest mortality rates, while those with uncontrolled hypertension had the lowest.

"Learning how these factors influence length of hospital stay, mortality and re-hospitalization are key to helping us better manage patients and preventing future hospitalizations," Fonarow said.

Fonarow noted that higher-risk patients may benefit from closer monitoring during hospitalization and frequent follow-ups after leaving the hospital. Additional patient education and disease-management strategies may help patients adhere to diet and medications, he said.

"In future studies, we plan to target how specific interventions based on these precipitating factors, such as flu vaccinations, may help this high-risk heart failure population," Fonarow said.

GlaxoSmithKline sponsored the Optimize-HF registry and funded the study. Fonarow has received research grants and honoraria from GlaxoSmithKine and has served as a consultant to the company.

Additional author financial disclosures are available in the paper published in the Archives of Internal Medicine.