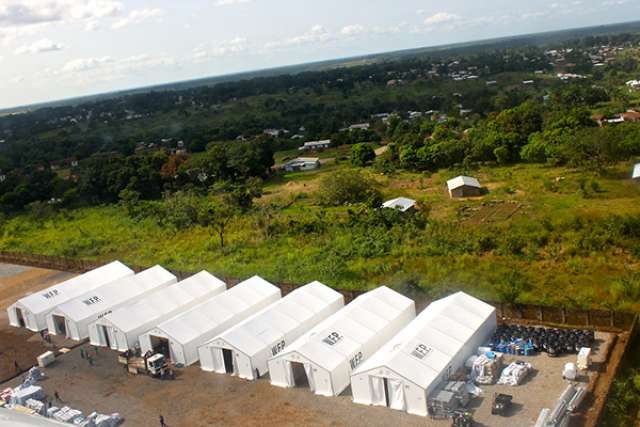 A new research paper examining the 2014-15 Ebola outbreak in Africa could hold crucial insights for policymakers grappling with the novel coronavirus pandemic — namely, the importance of public engagement and trust during health crises.

The study (PDF), co-authored by Darin Christensen, assistant professor of public policy in the UCLA Luskin School of Public Affairs, shows that where people lack confidence in their health providers, they are less likely to seek testing and treatment when they feel sick. This stymies efforts to identify, treat and isolate infected patients to limit further contagion.

By the end of the Ebola outbreak in early 2016, the U.S. Centers for Disease Control and Prevention estimated there were more than 28,000 cases of the disease in West Africa — with roughly half coming from Sierra Leone. Simple interventions that encouraged people to seek treatment increased reporting of Ebola cases by 60%, which the authors estimate reduced the virus’ reproduction rate by 19%.

"The epidemic generated tremendous fear, and families faced tough choices about whether to care for loved ones at home or report to clinics for testing and, if needed, isolation," said Christensen, a political economist who holds a joint appointment with UCLA's political science department. "That choice may seem obvious in a rich country. But in poorer countries, like Sierra Leone, citizens often have little confidence that health providers will treat them with compassion or deliver effective care. Interventions that build that trust encourage timely testing — exactly what was needed to contain Ebola and, now, COVID-19."

Conducted across 254 government-run health clinics covering approximately 1 million people — more than 15% of Sierra Leone's population — the research tested the effects of two interventions aimed at increasing public involvement with, and trust in, the country’s health system.

Under the first intervention, community members participated in meetings with local health clinics, and articulated complaints and suggestions designed to improve health services.

The clinic staff also shared public health advice with community members, like encouraging women to come into the clinic to give birth. This experiment turned patients into "accountability agents who hold health system actors to account," according to the paper.

The other intervention was an incentive program that gave out awards to health care workers at clinics that were doing a good job of providing services. The intent was to motivate providers to encourage their clinics to provide a higher quality of care.

As governments, particularly in less-developed countries, seek to contain the spread of COVID-19, "there has rightfully been a lot of focus on the test kits and other equipment needed to fight this virus," Christensen said. "But it's also important to think about how we encourage people to change their behavior — to get tested, to self-quarantine. Our research suggests that strengthening ties between health providers and the communities they serve could bolster containment efforts as the current pandemic spreads to poorer countries.

"Many governments don’t have the capacity or mandate to enforce strict restrictions on travel or gatherings," Christensen continued. "They must appeal to their citizens to voluntarily change behavior. The Ebola epidemic demonstrates that public engagement and confidence help determine whether people heed those calls.”

The study was co-authored by Christensen and Oeindrila Dube from the University of Chicago, Johannes Haushofer of Princeton University, Bilal Siddiqi of UC Berkeley's Center for Effective Global Action, and Maarten Voors of Wageningen University in the Netherlands. The research team also has a forthcoming companion piece (PDF) that underscores the effectiveness of crisis-response measures that emphasize community engagement.