What you need to know about a COVID-19 vaccine

The first doses are now being distributed. 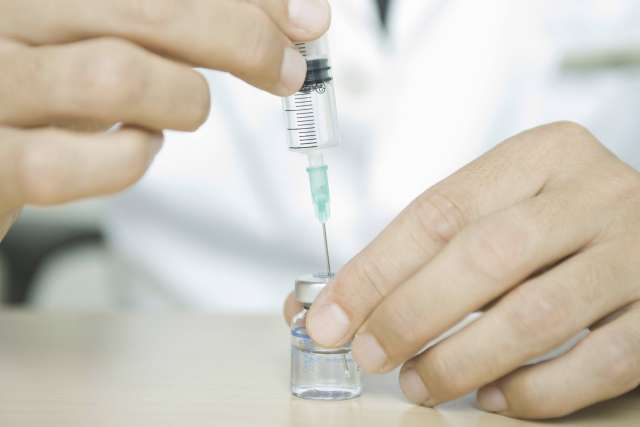 Following the U.S. Food and Drug Administration's approval of emergency use authorization for Pfizer's COVID-19 vaccine, many are feeling hopeful that numerous lives will be saved and a return to normalcy — one that includes concerts, sporting events, family gatherings and unrestricted travel — is on the horizon.

That horizon, however, remains in the distance for now, scientists say.

The vaccines from Pfizer and Moderna have been tested for safety and efficacy in tens of thousands of volunteer participants, with both companies reporting the vaccines, which rely on new genetic technology, are highly effective at preventing COVID-19 and have resulted in no major safety concerns to date.

A third company also conducting large-scale trials, AstraZeneca, announced Nov. 23 that preliminary data show its vaccine to be 70% effective with no safety concerns thus far, though some irregularities in dosing has complicated its results. Early data was drawn from participants in the United Kingdom and Brazil. The trial remains ongoing, with some research conducted stateside led by Eric Daar, MD, of the Lundquist Institute at Harbor-UCLA Medical Center.

In the U.S., the first COVID-19 vaccine was administered on Monday, Dec. 14, at Long Island Jewish Medical Center in Queens, N.Y. But exactly when vaccines will arrive at doctors’ offices across the country and how much will be available is still to be determined.

“There are more questions than answers,” says Judith Currier, MD, chief of the Division of Infectious Diseases at the David Geffen School of Medicine at UCLA and chair of the AIDS Clinical Trials Group. “Working through these next steps is going to require some patience.”

How do we know these new vaccines are safe?

The Pfizer and Moderna vaccines rely on genetic molecules called messenger RNA (or mRNA), which has been in development for years but never previously used in vaccines. Both companies conducted placebo-controlled trials, meaning half the participants in each received active vaccines and the other half received an inert placebo. Pfizer’s trial had more than 43,000 participants; Moderna’s involved 30,000.

Both companies agreed to monitor participants for at least two months after they received their last vaccine before seeking emergency use authorization for wider distribution, says Dr. Daar, chief of HIV Medicine at Harbor-UCLA Medical Center. 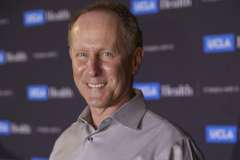 “That was a way of saying that even if we know that it works, we need to have a large number of people followed for at least several months to assure relative safety,” Dr. Daar says, adding that most vaccine side effects occur in the first weeks or months. “We definitely need a longer follow-up, but in the context of a pandemic where we need to save lives, I think having this many volunteers followed for two months or more without any significant side effects is a good signal.”

The FDA requires this kind of safety data before considering vaccines or other medications for emergency use authorization.

How do we know these vaccines are as effective as claimed?

Initial efficacy claims from Pfizer, Moderna and AstraZeneca are based on the number of people who developed COVID-19 in the placebo group compared to the vaccine group.

Pfizer says that of the 170 volunteers who developed COVID-19 during its trial, eight were in the vaccine group. In Moderna’s trial, 95 people contracted COVID-19, five of whom had received the vaccine.

AstraZeneca's early results found that 131 of 23,000 volunteers in the United Kingdom and Brazil contracted COVID-19 during the trial, but the company did not initially say how many of these infections were among the placebo group vs. the vaccine group. No severe illnesses were reported.

“The assumption was that if the vaccines were at least 50% effective, that would be good,” Dr. Daar says of the COVID-19 trials.

It remains unclear whether the vaccines prevent infection from SARS-CoV-2, prevent illness in those infected, or both, he says. “It could be that it’s completely protecting people from infection,” Dr. Daar says. “It’s also possible that the infection rate may be higher, but it’s protective from disease progression.”

Either way, the apparent success of the vaccines is encouraging to scientists, Dr. Currier says.

“What these early results tell us is that it looks like we’re on the right track,” she says. “This efficacy suggests that the target for the vaccines, which are all very similar, is the right target.”

What about other potential COVID-19 vaccines?

Twelve vaccines are in phase 3 trials with large numbers of participants, Dr. Currier says. AstraZeneca’s vaccine and another from Johnson & Johnson are among those that use a different approach than the messenger RNA in the Pfizer and Moderna candidates. All of these vaccines, however, direct the body to make spike proteins, which help the immune system recognize the virus and release defenses, such as T-cells and antibodies, to eliminate infected cells and prevent infection of healthy cells.

As long as these various vaccines prove safe and effective, more is likely better, given the need to inoculate as many of the globe’s nearly 8 billion people as possible. “If we get positive signals from these next vaccine trials — they’re still enrolling — that’s just more vaccine to go around,” Dr. Daar says. “The more companies that have it, the more vaccine is available.”

How many doses of the vaccine will be available and when?

The Pfizer vaccine is now being distributed, and Moderna is seeking emergency use authorization from the FDA. Each of these vaccines has been evaluated after two doses, a few weeks apart, with less known about how protective a single dose would be.

Pfizer expects to produce up to 50 million doses of its vaccine globally in 2020 and 1.3 billion doses in 2021. It’s unclear how many of those doses will be available in the United States, which has committed to buying 100 million doses from the company, with the option to purchase more. Government officials expect at least 20 million doses by the end of the year.

Moderna says it expects to provide 20 million doses to the U.S. by year’s end and will produce 500 million to 1 billion in 2021. The government already has committed to buying 100 million doses of this vaccine as well, and can buy more.

“It sounds so disappointing, right? Like only enough to immunize 30 or 40 million Americans by the end of the year,” Dr. Daar says. “On the other hand, that’s a lot of doses to be available literally within weeks of the first report that the vaccines work. So while it’s disappointing that there’s not 600 million doses already, it’s still pretty extraordinary.”

When can I get the vaccine?

It’s hard to know exactly when vaccines will be widely available to the general public, Dr. Currier says. “There’s a lot that needs to be put in place,” she says. “But people are working very hard to make this happen as soon as it can be done safely.”

The Centers for Disease Control and Prevention says all adults should be able to be vaccinated in 2021. The earliest doses received will be prioritized for health care workers, first responders and those at high risk of severe disease, such as nursing-home residents.

Should I get a COVID-19 vaccine?

Yes, Dr. Currier says: “I think we should encourage people to get the vaccine when it becomes available. Absolutely.”

How will the vaccine be distributed?

Vaccine distribution is being marshaled by Operation Warp Speed (OWS), a partnership of the Department of Health and Human Services, the Department of Defense and other federal agencies and private firms. OWS has been responsible for funding some vaccine trials, stockpiling doses of different vaccine formulations and collecting enough needles, syringes and other supplies to administer the vaccine broadly and effectively across the country.

With military-level precision and armed guards protecting the vaccine supply, OWS plans to use shipping services such as UPS and FedEx to deliver FDA-authorized vaccines — under deep freeze, where necessary — and injection supplies to all U.S. states and territories. The Pfizer vaccine needs to be kept at minus-94 degrees Fahrenheit, colder than ordinary freezers can accommodate. Once defrosted and refrigerated, it must be administered within five days.

Once supplies are received, each locale is responsible for executing its own rollout. California has been assembling its distribution plans since April and is calling on the state’s vast network of hospitals and medical providers to administer vaccines. OWS will track recipient sites and even individual recipients to ensure they all receive the required doses, two each with the Pfizer and Moderna vaccines. It’s too early to tell whether one or two doses will be required with the AstraZeneca vaccine.

UCLA Health will be among the state’s recipient sites and already is developing distribution and education plans.

How is it decided who gets a vaccine first?

Logistics aren’t the only concern when it comes to distribution. There are also ethical questions about who can get the vaccine and when.

“There are always concerns about equity, even though this will be funded through the U.S. government and it’s going to be available to everybody,” says Dr. Daar. “There are certain groups that are going to have an easier time accessing it than others.”

Vickie Mays, PhD, MSPH, a professor of health policy and management at the UCLA Fielding School of Public Health, developed a model to identify areas that might be prioritized for vaccine distribution. The model maps Los Angeles County by neighborhood based on indicators that increase risk for serious COVID-19 illness: preexisting medical conditions, barriers to health care access, population density and socioeconomic challenges.

This model, which can be applied to other counties and jurisdictions, shows that the most vulnerable areas in Los Angeles County are in South Los Angeles and the eastern San Fernando Valley. Dr. Mays hopes public health officials might use this model as a tool for identifying where early allocations of the vaccine might have the most impact to stop infection spread.

Dr. Daar notes that another ethical concern is how to handle placebo groups in vaccine trials, which are meant to continue for two years.

“I don’t think anyone believes, if all the data comes in as we expect it to, that you’re going to be able to keep the placebo group on placebo for two years when there’s a vaccine available that’s been shown to work,” he says. “These are people who made a huge sacrifice and took a chance on an experimental vaccine. We need to make sure to take care of the people who got placebo.”

The volunteers participating in clinical trials during COVID-19 “are the real heroes of this pandemic,” says Dr. Currier, “for helping us find an effective treatment or prevention through vaccine.”

How many people have to be vaccinated for the pandemic to end?

There are too many unknown factors to say definitively, Dr. Currier says, including how long immunity from the vaccine lasts and how the pandemic evolves. Dr. Fauci has said that a return to pre-pandemic normalcy won’t begin until most people are vaccinated.

So when the vaccine arrives, can I throw my mask away?

Not according to Dr. Fauci. “I think we’re going to have some degree of public health measures together with the vaccine for a considerable period of time,” he said in a recent New York Times interview. “We’ve got to make sure that the overwhelming majority of people take the vaccine. If they do, we likely will be approaching normal as we get into the third or fourth quarter of next year.”

For information on enrolling in the COVID-19 vaccine trial being conducted through the Lundquist Institute at Harbor-UCLA Medical Center, click here.

FDA-approved COVID-19 home test kit gives 30-minute results - but how accurate are they?