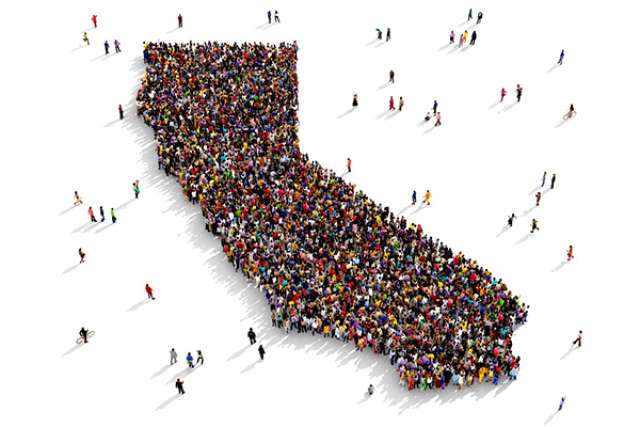 Ballots have been rolling in ahead of Election Day, but a big question remains: How many people will ultimately vote?

According to data from the latest California Health Interview Survey, or CHIS, an estimated 2.8 million eligible Californians never vote in national, state or local elections, and 7.7 million only vote sometimes — which could potentially leave more than 10 million ballots uncast.

The findings on voter participation and other demographic and health-related topics are part of the UCLA Center for Health Policy Research’s annual CHIS data release, which takes place online today at noon PT.

The 2019 edition of the survey, which includes responses from 22,160 adults, 847 teens and 3,009 children (with answers obtained through their parents), covers a range of topics about Californians and health, including medical conditions, access to health care, mental health, health status and health behaviors.

New questions in the adult portion of the survey address opioid use, internet and social media use, whether residents avoid public assistance programs, and how physical and environmental factors affect health. All of these topics can be compared across race and ethnicity, gender, age, income level and other sociodemographic categories.

The researchers stress that the data from the new CHIS are especially crucial at this time, with the nation confronting the COVID-19 pandemic and the systemic racial equity issues that have been brought to light as a result of the crisis.

"With the unprecedented times we are facing — as we struggle not only with the pandemic but with racism as a public health crisis — we feel that the actionable data CHIS provides is critical to reaching policymakers so that they may enact laws that support Californians health and well-being," said Ninez Ponce, the survey's principal investigator and the center's director. "We also believe this is important data for journalists and the public, who are reporting on and educating themselves about various health issues impacting youth and adults across the state."

Center researchers have published a related fact sheet on Californians and voting showing that voting habits vary both by the type of election — whether national or local — and by race and ethnicity. They found that Asians and Latinos were the least likely to vote in local elections, with 62% of Asians and 61% of Latinos saying that they "never" or "sometimes" voted in these contests.

However, there were wide variations within these ethnic groups: Infrequent voting in local elections was highest among those who identified as "other Central American" (76%) — which includes Costa Ricans, Hondurans, Nicaraguans, Panamanians and Belizeans — and Chinese (70%), while it was lowest among Filipinos (53%) and South Americans (51%).

The data also show that for those who reported never or only sometimes voting in presidential elections, the most-cited reason (28%) was a dislike of politics or political candidates. Those who never or sometimes vote in local elections cited not being informed (21%) and forgetting to vote or not thinking about it (20%) as their top reasons.

"While the most recent CHIS data showed that Asians and Latinos were less likely than other groups to vote, the extent of variation within these ethnic groups was considerable and indicates that disaggregating racial or ethnic groups reveals important differences when it comes to voting," said Susan Babey, the fact sheet's lead author and senior research scientist at the center.

Among the 2019 survey results:

Social media and mental health. One in 10 adults (11.5%) and 1 in 5 teens (19.4%) say they use computers or mobile devices "almost constantly" to access social media. These adults who are heavy social media users are three times more likely than their peers who access social media "less than a few times a day" to have experienced serious psychological distress within the past year — 27.9% vs. 8.6%.

Loneliness and mental health among older adults. Women age 65 and older are more likely to often feel lonely than men in their age group — 4.4% vs. 1.6%. Among both men and women 65 and older who are separated, divorced or widowed, 6.5% reported being lonely often. Further, 42.2% of those who reported being lonely often also experienced severe psychological distress within the past year, compared with 1.2% of their peers who reported hardly ever feeling lonely.

Veterans and mental health. Among adults age 25–64 who have served on active duty in the U.S. military, more than 1 in 5 (22.5%) have seriously thought about committing suicide, compared with 13.8% of those who have not served. For women in that age range who have served on active duty, the percentage is higher, at 36.4%, compared with 13.8% of women who haven’t served.

"Our recent findings show that mental health, environmental and social factors are having striking impacts across various demographic groups in the state, and lawmakers, community organizations and other supporting agencies may consider how to devote resources and funding to support the health of already underresourced or underserved populations," said Todd Hughes, CHIS director.

The new survey results are available to the public for free through the center's AskCHIS website. In addition, public-use files with the new data are downloadable from the website, and researchers may access confidential data files from the study by applying to the center's Data Access Center.