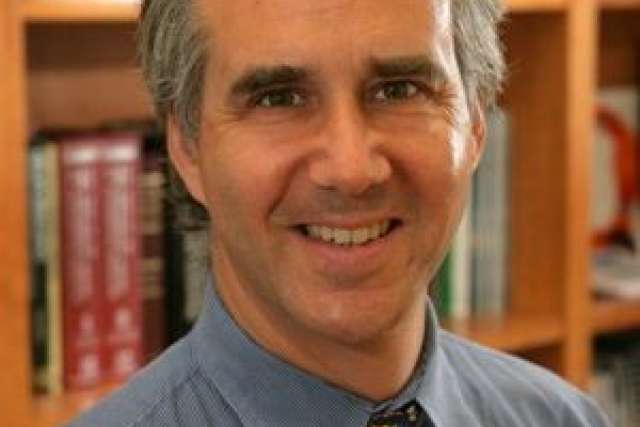 And when researchers scrutinized the activity of the gene, known as CDH10, in the fetal brain, they discovered that it is most active in key regions that support language, speech and interpreting social behavior.

Published April 28 in the advance online edition of the journal Nature, the two findings suggest that CDH10 plays a critical role in shaping the developing brain and may contribute to a prenatal risk of autism.

A variant is a gene that has undergone subtle changes from the normal DNA yet is shared by a significant portion of the population.

"While this gene variant is common in the general population, we discovered that it occurs about 20 percent more often in children with autism," said study author Dr. Daniel Geschwind, director of the UCLA Center for Autism Treatment and Research. "A major change like this in the genetic code is too common to be a simple mutation — it is a risk factor in the origin of the disease."

Using the largest population sample to date, the scientists systematically scanned the DNA of 3,100 individuals from 780 families nationwide. Each family had at least two autistic children.

The scan connected autism to a specific region of chromosome 5, which previous studies at UCLA and collaborating institutions had pinpointed as a hub for genetic variations linked to higher autism risk.

To verify the findings, Dr. Hakon Hakonarson at the Children's Hospital of Philadelphia led the team in conducting a second scan on the DNA of 1,200 individuals from families affected by autism, as well as nearly 6,500 healthy controls. All participants shared European ancestry.

The scientists evaluated the relationship of more than half a million gene variants to autism and consistently discovered six changes that occurred more frequently in autistic children than in the control group. These variants sat on chromosome 5 between two genes, CDH9 and CDH10.

In the second half of the study, the UCLA team looked at the two genes' presence in the developing human brain. While CDH9's presence appeared minimal, the scientists discovered that CDH10 was most active in the fetal brain's frontal cortex, a region critical to language, social behavior and complex thought processes such as judgment.

"This is a landmark finding," Geschwind said. "It's no coincidence that a gene linked to autism has a higher concentration in key brain regions that regulate speech and the ability to interpret social interaction. Our research suggests that CDH10 is switched on at a very early stage and plays an important role in regulating the developing brain. This prenatal activity somehow makes the infant more susceptible to autism."

By influencing the development of important brain structures, CDH10 provides a tangible link between genes, brain circuitry and a child's future behavior, Geschwind noted. The discovery also opens up a number of intriguing next steps for research, including the possibility of an imaging study to explore whether the gene behaves differently in the autistic brain.

The DNA samples and clinical data were provided by families who donated blood to the Los Angeles–based Autism Genetic Resource Exchange (AGRE), a program created and funded by Cure Autism Now, which merged with Autism Speaks in 2007.

"When parents like me first formed AGRE, this was our dream, that talented scientists would use our gene bank to collaborate and bring us closer to understanding autism," said Jon Shestack, co-founder of Cure Autism Now and a board member of Autism Speaks. "AGRE has played an important role in almost every major autism genetics paper in the past five years."

Autism is a complex brain disorder that strikes in early childhood. The condition disrupts a child's ability to communicate and develop social relationships and is often accompanied by acute behavioral challenges. The Centers for Disease Control and Prevention report that one in 150 American children is diagnosed with an autism spectrum disorder; the disorder affects four times as many boys as girls. The diagnosis of autism has expanded tenfold in the last decade.