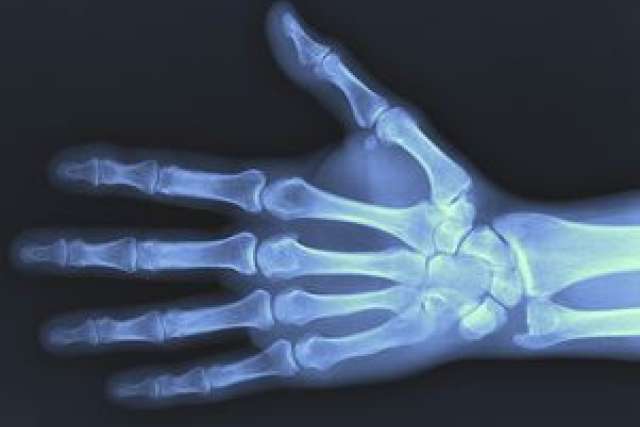 Wrist fractures are common among postmenopausal women who are younger than 65 and a new UCLA-led study suggests that they may also predict more serious fractures in other parts of their bodies later in life.

The researchers on the study, published in the November issue of the Journal of Bone and Mineral Research, found that one in five women who had experienced a broken wrist went on to suffer a non-wrist fracture during the next 10 years. They also said suggest that women who broke a wrist stood a 40 percent higher chance of breaking other bones during the subsequent 11 years compared with women who did not break a wrist.

“Our results emphasize that wrist fractures do identify a group of women at particular risk for future fracture,” said Dr. Carolyn Crandall, the study’s lead author and a professor of medicine in the division of general internal medicine and health services research at the David Geffen School of Medicine at UCLA.  “The information highlights the great importance of working to develop strategies to prevent future fractures after an initial wrist fracture occurs.”

The researchers used information from the Women’s Health Initiative (WHI), whose participants were aged 50 to 79 at the start of the study in 1993. More than 160,000 women answered annual questionnaires detailing the fractures they experienced during more than a decade of follow-ups, allowing the researchers to detect fracture trends among them. The researchers examined the types of non-wrist fractures the women experienced following their initial bone break.

They found that having a wrist fracture was associated with:

These associations persisted even after adjusting for factors such as bone mineral density, physical activity, smoking and alcohol use, calcium and vitamin D intake, falls and all other known fracture risk factors. The researchers suggest that aberrations in bone structure or strength could be behind this increased fracture risk.

The study has some limitations. Self-reporting of fractures may not be as accurate as medically verified breaks, but misclassifications of fractures in the WHI have been low; WHI participants may be healthier than other women, so these findings may not be representative of postmenopausal women as a whole and the number of women who had normal bone mineral density but nonetheless suffered wrist fractures was low

But the findings indicate a “substantial missed opportunity” to devise interventions to prevent subsequent fractures in women who experienced a wrist fracture, the researchers write. Women who suffer such fractures should undergo bone mineral density testing, and women with a bone mineral density T-score of equal to or less than -1.0 should be diagnosed as having osteoporosis, they write.

“Studies should develop and test interventions specifically targeted to women with sentinel forearm fracture,” the researchers write. “Our findings support the approach of the recent position statement advocating that women with wrist fracture should undergo (bone mineral density) testing.”