Initiating stroke treatment just 15 minutes faster can save lives and prevent disability, according to a new UCLA-led study, published today in JAMA. The research also determined that busier hospitals — those that treat more than 450 people for stroke each year — have better outcomes than those that treat fewer than 400 stroke patients per year.

Researchers at the David Geffen School of Medicine at UCLA and five other institutions in the U.S. and Canada, examined data for 6,756 people who experienced ischemic strokes. The patients' median age was 71, and 51.2% were women.

The researchers looked at stroke patients' treatment results in light of their "door-to-puncture" time — that is, the interval from their arrival at the hospital to the time their treatment began.

The data showed that for every 1,000 people whose door-to-puncture time was 15 minutes sooner, 15 fewer died or were discharged to hospice care, 17 more were able to walk out of the hospital without assistance and 22 more could care for themselves after being discharged from the hospital. Researchers found that patients' median time from arriving at the hospital to the beginning of treatment was one hour, 27 minutes, and the median time from the onset of symptoms to treatment was three hours, 50 minutes.

All of the patients in the study were treated with endovascular reperfusion therapy, which is used to treat strokes caused by a blockage in one of the major arteries of the brain.

The study is one of the largest to quantify the number of patients per thousand that could be saved by earlier stroke treatment, and to do so using real-world data as opposed to a clinical trial, according to Dr. Reza Jahan, the study's co-lead author and a professor of interventional neuroradiology at the Geffen School of Medicine.

About 795,000 people in the U.S. have strokes each year, and about 140,000 die as a result. Ischemic strokes, which occur when a vessel supplying blood to the brain is obstructed, account for 87% of all strokes. (Other types of strokes include hemorrhagic strokes and transient ischemic attacks, which are sometimes referred to as mini strokes.)

Based on the study's results, shaving 15 minutes off of treatment time could potentially improve results for thousands of people each year.

The study found that hospitals that perform endovascular reperfusion therapy on more than 50 patients per year generally begin treatment faster than hospitals that perform fewer than 30; and that initial treatment tends to be delayed at hospitals that are not certified as comprehensive stroke centers or are located in the Northeast, as well as for people who have a stroke during hospital "off hours" — weekends, holidays, and before 7 a.m. and after 6 p.m. on weekdays.

"We're trying to improve treatment with better staffing on off hours and getting doctors to the hospital quicker when they're on call," Jahan said. "Patients who arrive at the hospital at 2 a.m. should be treated no differently than people who arrive at 2 p.m."

Treatment delays also are more likely for people who live alone or fail to recognize their own stroke symptoms.

Based on the study results, the American Heart Association has already published new goals regarding how fast patients should be treated at comprehensive stroke centers, Jahan said.

The data reviewed in the study is from the from the American Heart Association's Get With The Guidelines-Stroke database, and the research team analyzed results for people who were treated for stroke at 231 U.S. hospitals between January 2015 and December 2016. 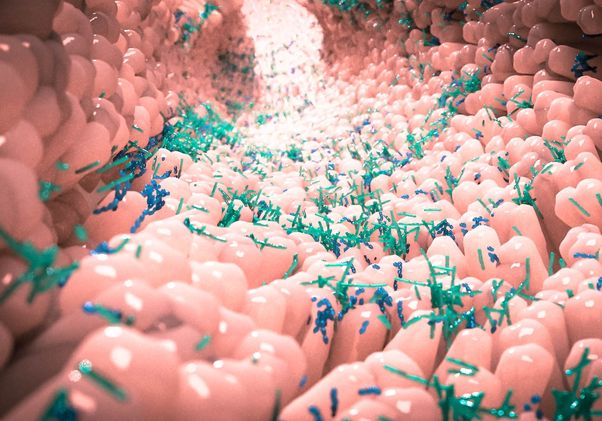 Health and Behavior
Guts and brains: How microbes in a mother’s intestines affect fetal neurodevelopment
09/23/2020
In pregnant mice, the maternal gut microbiata plays a key role in regulating which genes are activated in the growing brain, UCLA biologists say.