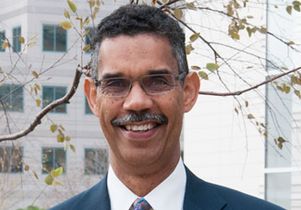 Many eloquent voices have been raised in opposition to the move by President Trump and some members of Congress to end the Deferred Action for Childhood Arrivals, or DACA, program, justly protesting the profoundly negative, destructive impact it would have on the individuals and properly condemning its inconsistency with our values and history as a nation. We seek to add to this chorus an additional, yet unique, set of observations on the impact this action would have on a distinct group of young people: those who are currently engaged in training to become physicians.

While the impact on the trainees would be harsh, the end of DACA would have broader, more profound implications for our health care system and the education of the next generation of health care leaders. The David Geffen School of Medicine, like the wider University of California system, is committed to the principle of providing a place for students who are the most qualified, meritorious and committed. The DACA students currently at the David Geffen School of Medicine, like those in other medical schools around the country, exemplify these qualities. They are emblematic of our most fundamental role as an institution of higher learning: to train the most talented, hard-working, passionate young scholars to become the doctors and biomedical researchers of tomorrow, regardless of gender, race, ethnicity or citizenship.

Nationwide, an estimated 70 DACA participants are in training to become doctors. These students are here not because of their DACA status, but because they are exceptionally qualified intellectually and because of their genuine desire to care for, and heal, the sick. Like all medical students, they have reached this stage in their journey through hard work and deep commitment. Simply getting into medical school is an enormous challenge. The David Geffen School of Medicine at UCLA, for example, is one of the most competitive medical schools in the country, with more than 12,000 applicants vying for 175 spots. To achieve one of those spots is a monumental and arduous feat, all the more so for DACA students whose future — unlike other medical students — has been ever shrouded in doubt.

Once admitted to medical school, DACA students face the same financial challenges as any student — plus some that are uniquely their own. The average medical student in the U.S. graduates with almost $200,000 in debt, a significant sum offset somewhat by the availability of low-interest loans that defray the total cost of a medical education. DACA students, by contrast, are not eligible for these federal loans, and must instead rely on state or local sources, which are scarce, or philanthropy. The financial burden is enormous.

Further, if DACA medical students are able to surmount these additional challenges, they must seek residency training to be able obtain a medical license and ultimately to practice in their given specialty. Although California and a few other states currently recognize DACA participation as sufficient for a medical license, most states are not as far-sighted, limiting students’ ultimate options.

As difficult as the road has been for these DACA medical students, their future is far from assured even if they are accepted into a residency program and ultimately receive their medical license. They face the continued possibility of being apprehended by immigration authorities and deported.

Yes, imagine a young person completing his or her medical degree, ready and committed to serving the sick, yanked suddenly from the long-pursued dream they’ve achieved despite many obstacles. Now you have the image conjured up by those who would eliminate DACA.

Even now, while the future of DACA hangs in the balance, participating medical students in their fourth year remain unwavering in their commitment. They’re applying to residencies, the next highly competitive step in the march toward becoming a practicing doctor even though — if DACA is rescinded — they would become unemployable. That’s because a rescission would prevent them from obtaining a work permit, a vital requirement for medical residents who must be paid employees. Prospective employers are likely already having doubts about whether to offer a spot to a terrific candidate who, come spring, may not be employable.

Medicine is a tremendous career, considered by many to be one of the most noble of pursuits. But it’s also a demanding one, as is the road to becoming a doctor. No one can doubt the mettle coming from the lived experience of students who are DACA participants. No one can deny the profound unfairness of having traveled this arduous road, coming so close, only to have it taken away. No one can question that the personal stories of these aspiring physicians are inspiring to their peers, their faculty, their future patients and their communities. No one can argue that a medical education system, immensely strengthened by the diversity of its future practitioners, is better off supporting these future doctors, whose humble example echoes the deepest traditions of medicine.

To do so would undermine the values of equality and self-determination that we as a nation, and we as a medical school, hold so dear.