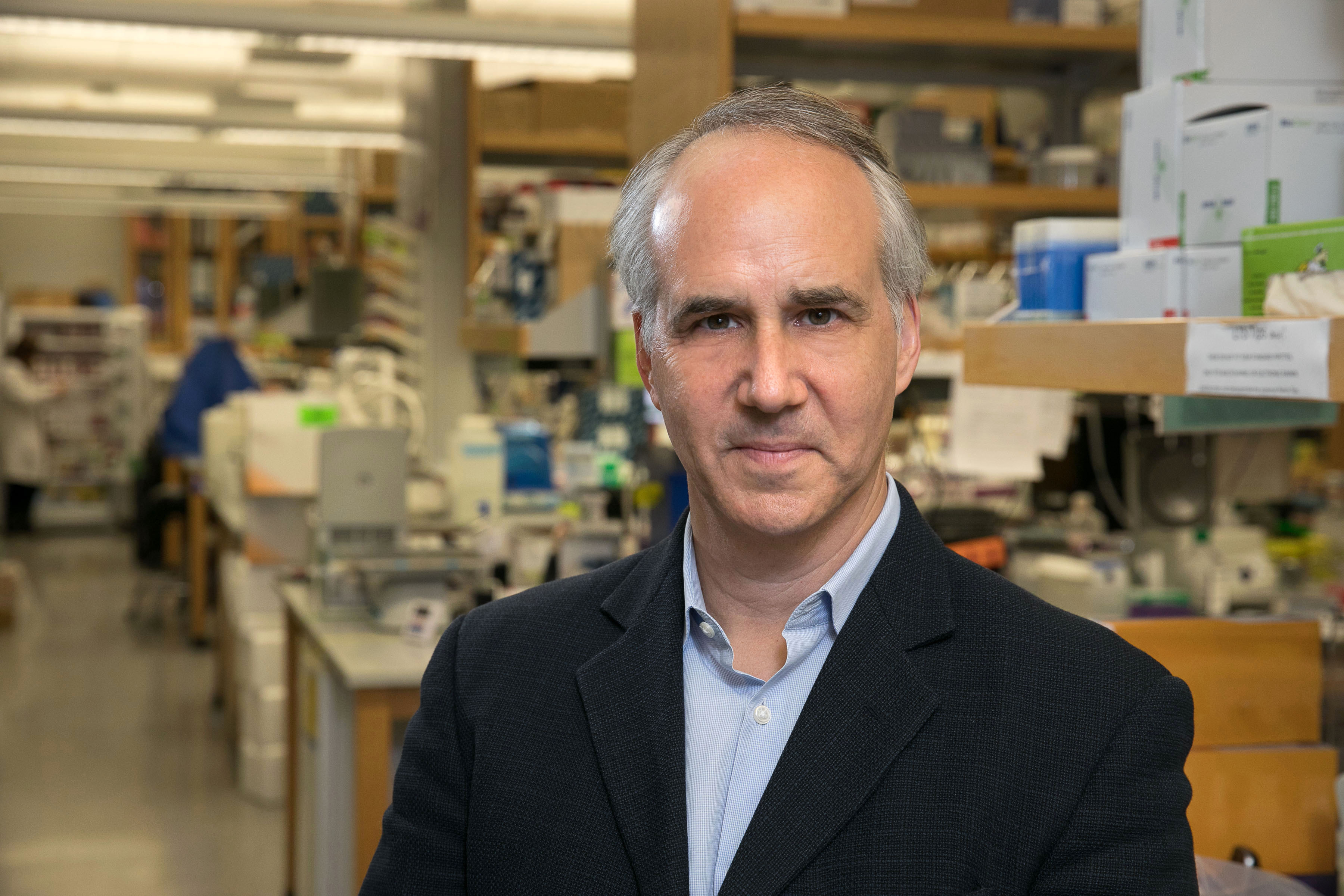 Dr. Daniel Geschwind said the study “provides an important roadmap for the development of potentially effective new drugs for Alzheimer’s disease and other dementia.”

A UCLA-led research team has identified genetic processes involved in the neurodegeneration that occurs in dementia — an important step on the path toward developing therapies that could slow or halt the course of the disease. The findings appear today in the journal Nature Medicine.

The researchers discovered two major groups of genes involved in mutations that result in an overproduction of a protein called tau, a hallmark of the progressive loss of neurons seen in major forms of dementia. The study was largely done in mouse models of dementia, although the researchers performed additional experiments that indicated the same genetic process occurs in human brains.

Armed with that knowledge, the team searched a large database of the genetic effects of experimental drugs to identify those that might alter this loss of neurons, or neurodegeneration. In human cell cultures, the researchers showed that the use of these molecules interfered with neurodegeneration.

“Our study is the most comprehensive published effort to date to identify the source of neurodegeneration across species and provides an important roadmap for the development of potentially effective new drugs for Alzheimer’s disease and other dementia,” said neurology and psychiatry and biobehavioral sciences who holds the Gordon and Virginia MacDonald Distinguished Chair in David Geffen School of Medicine at UCLA.

More than 5 million people in the United States have Alzheimer’s disease or related dementias; that number is projected to nearly triple by 2060, according to the U.S. Centers for Disease Control and Prevention. There is currently no treatment that can alter the course of neurodegeneration-associated dementia. Although scientists have identified genes associated with dementia risk, there is little understanding of how those genes contribute to the cascade of events that lead brain cells to die.

The research team sought to solve that puzzle through an approach known as “systems biology,” which applies powerful genomic and analytic tools to studying the genome holistically, taking into account the complex interactions of the thousands of genes and the cells and proteins they produce. The researchers used systems biology to identify genetic processes in a mutation that results in the overproduction of tau in frontotemporal dementia, a form of early-onset dementia. A similar process also has been shown to play an important role in Alzheimer’s disease and another form of dementia known as supranuclear palsy, which affects both movement and cognition.

Geschwind’s team hypothesized that a reason why research with mouse models of dementia often fails to produce results translatable to humans is that most mouse studies have relied on a single inbred strain. To increase the likelihood that their findings would have broader implications, the researchers studied the mutation caused by frontotemporal dementia in three genetically distinct strains of mice. The team looked at the genetic activity occurring in different parts of and points of time in a degenerating brain.

In the study, two gene clusters were found to be associated with neurodegeneration across all three mouse models and in the susceptible regions of the brain.

“There is still a significant amount of work that needs to be done to develop drugs that could be effectively used in humans against these targets, but this is an encouraging step,” said Geschwind, who also serves as co-director of the Semel Institute for Neuroscience and Human Behavior at UCLA, and senior associate dean and associate vice chancellor of precision medicine at UCLA Health.