Beyond the illness, hospitalizations and death from COVID-19, the pandemic has exacted a substantial toll on mental health, whether from fear related to the disease, economic anxiety or the isolation associated with public health measures such as physical distancing.

“People are under enormous stress, and chronically depressed individuals who have done well with medications in the past are finding that their symptoms are more difficult to manage,” says Andrew Leuchter, MD, professor of psychiatry and biobehavioral sciences with the Semel Institute for Neuroscience and Behavior at UCLA. 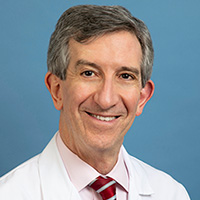 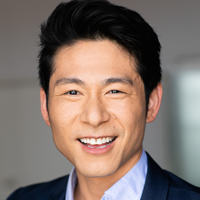 This has led to increased interest in neuromodulation — noninvasive procedural treatments such as transcranial magnetic stimulation (TMS) that have been shown to be effective for individuals with chronic depression, as well as for people with obsessive compulsive disorder, tinnitus (a constant ringing or buzzing in the ears) and chronic pain conditions such as fibromyalgia and neuropathic pain. “These are all brain diseases that cause a great deal of suffering and are difficult to treat,” explains Katharine Marder, MD, director of the UCLA Neuromodulation Clinic in the Semel Institute, which has locations in Westwood and Pasadena. “The basic principle behind neuromodulation is to alter the neuroplasticity of the brain. The treatments we are offering are very safe and have a higher success rate because, unlike medication, they work by rewiring the brain’s neural circuits.” The work of the clinic complements neuromodulation programs in neurosurgery, anesthesia and other departments.

The UCLA Semel Institute has established a Neuromodulation Division, under Dr. Leuchter’s leadership, to study and make neuromodulation approaches more broadly available to patients who have not benefited from traditional treatments for neuropsychiatric illnesses. UCLA’s first community-based TMS clinic opened in Pasadena.

TMS, which delivers targeted electromagnetic pulses to the brain, is especially effective for depressed individuals who haven’t seen sufficient relief from medication and psychotherapy. “For patients who have failed to benefit from two medications, there is only about a 12 percent chance they’re going to respond to the third or fourth, but there is a 60 percent chance they will experience significant improvement in their symptoms from TMS,” notes Jonathan Lee, MD, MSc, medical director of the Pasadena clinic.

While TMS is extremely safe, it does require a time commitment; the treatment course generally is five sessions a week for six weeks. However, Dr. Lee notes, each individual treatment session can take less than 10 minutes, depending on the approach. TMS is covered by all major insurance carriers and Medicare.

Although TMS generally is the first-line treatment option for the clinic’s patients, other noninvasive neuromodulatory therapies also are available. These include trigeminal nerve stimulation (which was invented at UCLA, originally for treatment of drug-resistant epilepsy) and transcutaneous electrical nerve stimulation, treatments that can be used for depression and chronic pain, respectively, that can be self-administered at home; light therapy, which also involves a small device and can be used to treat depression at home; and ketamine, an anesthesia drug that has recently shown promise for treatment-resistant depression and offered in oral doses for patients who don’t benefit from TMS. While many of these low-cost alternative treatments are not widely offered, the clinic makes them available as a service to the community.

“Psychiatry started with psychotherapy and psychoanalysis and moved from there to medication,” Dr. Leuchter says. But for a large number of patients, those approaches were not sufficient. “These brain-stimulation procedures represent the third wave of innovation, and they’re offering new hope to many patients.”

Next
Still #1. For Los Angeles, for California, for you and your family.