“If you can listen to yourself and to what you need, and also do your best to try to accept whatever emotion you’re feeling, that will be a way to take care of yourself and to move through your feelings of loss and grief more completely.”

The outpouring of grief from all corners of the United States following the death in January of retired basketball star Kobe Bryant, his 13-year-old daughter and seven other people likely wasn’t just about the loss of these nine people, say UCLA experts in loss and bereavement. For some people, the tragedy triggered long-dormant or deep- seated grief stemming from previous losses of loved ones as well as shock over the delicate nature of life and randomness of death.

“Witnessing this tragedy, and the community’s grieving, might have triggered someone’s own grief over their own loss,” says the Rev. Yuko Uesugi, interim director of the UCLA Health Spiritual Care Department. “It’s a normal reaction.”

There’s even a term for an event that initiates a resurgence of grief, says Gina Kornfeind, MSW, MS, a pediatric palliative care social worker and bereavement counselor and coordinator at UCLA Mattel Children’s Hospital. It’s called a STUG: sudden temporary upsurgence of grief. “Sometimes people carry grief alone and don’t know what to do with it,” she says. “These very public displays of grief are a vehicle. It becomes safe and acceptable to express grief.”

For yet other people, the shocking helicopter accident triggered despair over how quickly, and randomly, life can change. “It makes people feel like the ground beneath them is not solid,” Kornfeind says. “Bad things happen. If it happened to Kobe, it can happen to anyone.”

Accidents like this one can remind some people of their own mortality, says Brenda Bursch, PhD, professor of clinical psychiatry & biobehavioral sciences at David Geffen School of Medicine at UCLA. “Part of the reaction is due to the sudden and tragic nature of what occurred,” Dr. Bursch says. “This wasn’t someone in his 90s who had had a full life and accomplished everything he wanted to accomplish. This was someone young who was viewed by many people as almost superhuman — as well as the other parents and children who died with him who all had full lives ahead of them.” 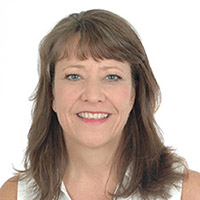 Whatever the feelings that have been stirred up and brought to the surface, those feelings are normal and can be healthy, the experts say. “It’s important to feel your feelings,” Kornfeind says. “Lean into them. Grief is held in your body, and it is seeking expression. We want to get these things out — whether it’s about this accident or about previous losses.”

There are times, however, when people may wish to seek help from a counselor or therapist to process or cope with their feelings. Dr. Bursch says that warning signs include blaming oneself for the loss or for failing to prevent it, feeling numb and disconnected from others for more than a few weeks, feeling like life in the wake of a loss is not worth living, and being unable to perform normal daily activities.

Contemplating why the tragedy impacted you so deeply can yield important insights, Rev. Uesugi says. “Kobe and the other people on that helicopter died, but what each person is grieving is what Kobe and they represented for him or her. Take that opportunity to look into your grief. That may bring a gift of insight to your own relationships or your own life.”

Grief offers an opportunity for growth, Kornfeind adds. “When there has been an untimely loss, it’s about how you make meaning from the loss,” she says. “People may say, ‘Kobe was my inspiration. I want to carry a piece of him with me.’ People often will go on to do positive things because of a loss; it can motivate them.”

Dr. Bursch concludes: “If you were deeply affected by this tragic event, or by another in your life, be kind to yourself. Although grief is a normal process to go through, it’s not always fast. If you can listen to yourself and to what you need, and also do your best to try to accept whatever emotion you’re feeling, that will be a way to take care of yourself and to move through your feelings of loss and grief more completely.”

For strategies to deal with loss and grief >

Next
Study endeavors to end confusion about mammography guidelines