Pelvic floor disorders are among the most common health concerns facing women, particularly as they age. But many women — whether out of embarrassment, a lack of awareness that their problem can be addressed or because their medical provider doesn’t bring it up — suffer in silence. However, when brought to the attention of experts, such conditions as urinary incontinence, pelvic pain or pelvic organ prolapse can be treated successfully.

To better address the needs of women with these disorders, subspecialists from UCLA’s departments of urology and obstetrics and gynecology have established the UCLA Center for Women’s Pelvic Health, which opened in June. “Female pelvic medicine patients have traditionally been treated by either urologists or urogynecologists,” explains Victor Nitti, MD, the Shlomo Raz Chair in urology and co-director of the new center. “By combining the expertise of these two departments in a collaborative, multidisciplinary center, we can ensure that each patient receives optimal care for her condition.” 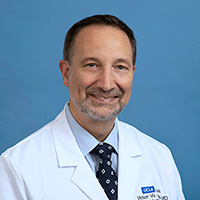 Dr. Nitti notes that approximately one-in-three women will at some point in their lives experience a pelvic floor disorder, and about one-in-nine women will need surgery. The pelvic dysfunction often is a delayed consequence of pregnancy and vaginal delivery, particularly in the case of stress urinary incontinence — the unintentional leaking of urine when physical movement or activity puts pressure on the bladder.

Age is the most important risk factor for all conditions related to pelvic dysfunction. “As the body gets older, the pelvic floor wears down, just as our knees tend to weaken as we age,” says Christopher Tarnay, MD, associate professor of obstetrics and gynecology and urology and co-director of the center. “As a result, many older women struggle with age-related declinations in function.”

Conditions such as urinary incontinence, overactive bladder (characterized by a frequent or sudden urge to urinate) or prolapse (in which the muscles and tissues surrounding the pelvic organs weaken or loosen, causing one or more of the organs to drop or protrude into or out of the vagina) can significantly affect a woman’s quality of life. Many women will reduce or avoid exercise and social situations, as well as activities where they might not have access to a clean and accessible bathroom. Intimacy with partners often is affected. “Women with these conditions may experience reduced self-esteem and are at higher risk for depression,” Dr. Tarnay says. “At our center we can offer treatments to restore that function.” 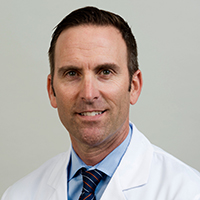 The center provides state-of-the-art care for women with the most common problems related to pelvic function, as well as women with less common conditions. The spectrum of treatments ranges from conservative, nonsurgical approaches to complex reconstructive surgeries. Many of the conditions can be managed with behavioral modifications, as well as pelvic floor exercises and physical therapy. Some can be treated with medication, or with innovative therapies such as neuromodulation, Botox injections and the use of a patient’s own tissues or stem cells. Surgical options include minimally invasive laparoscopic, robotic and vaginal procedures, as well as major reconstructive surgeries. “Our goal is to individualize therapies for patients according to their condition, lifestyle and treatment goals,” Dr. Nitti says.

Another important goal of the center is to raise awareness that pelvic floor disorders are both common and treatable, and to provide a compassionate space where women feel comfortable discussing sensitive issues.