UCLA’s Program for the Education and Enrichment of Relational Skills (PEERS) is among the only evidence-based social skills interventions for individuals with autism spectrum disorder (ASD). Developed at UCLA in 2005, the program began with adolescents, but it has expanded to offer services for both young adults and preschoolers, as well as for those who are not on the autism spectrum but are motivated to overcome the social challenges associated with attention-deficit/ hyperactivity disorder, anxiety and depression. The program imparts skills related to making and keeping friends, and counsels on handling conflict, rejection and bullying.

A pair of additional programs are debuting this year — PEERS for Careers, which assists young adults on the autism spectrum as they transition from college to work; and PEERS for Dating, the first evidence-based dating intervention for young adults with ASD.

A key feature of the PEERS programs, which run continuously as 16-week sessions in which groups meet weekly for 90 minutes, is the incorporation of parents or caregivers as “social coaches” who attend concurrent sessions, then help to generalize the newly learned skills to real-world settings. “When you include parents and caregivers, the treatment never ends,” says clinical psychologist and associate clinical professor Elizabeth Laugeson, PsyD, founder and director of the UCLA PEERS Clinic. “Our research indicates that the gains made from this short-term intervention are maintained long after it ends, in part because it continues to be reinforced.” 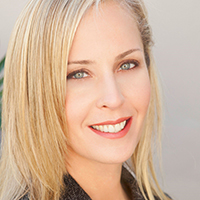 PEERS, which now has been adopted in more than 70 countries and translated into more than a dozen languages, also emphasizes what Dr. Laugeson calls “ecologically valid” social skills. “We study what socially successful people do and break that down into concrete rules and steps, rather than teaching what adults think young people should do in social situations,” Dr. Laugeson says. As an example, when young people are struggling socially and trying to meet a new group of people, she notes, they often are advised to go up and introduce themselves — a strategy that can come across as awkward. PEERS teaches a more organic approach that starts with listening unobtrusively before taking advantage of a pause in the conversation to say something on the topic, then assessing the group’s interest based on nonverbal cues. The introduction comes later, if at all.

“For children who struggle socially, the evidence shows that our approach of breaking down social interactions into concrete rules and steps, demonstrating what those skills look like, then having them practice the skills — reinforced by the parent or caregiver — is effective,” Dr. Laugeson says.

Her team has published more than two-dozen peer-reviewed studies documenting the program’s efficacy. And, while the heart of PEERS continues to be the groups for young people on the autism spectrum, Dr. Laugeson and her colleagues discovered early on that the skills taught by

PEERS could benefit anyone who is socially struggling and motivated to improve. “Most social skills interventions tend to be ineffective, because they aren’t evidence based,” Dr. Laugeson says. “PEERS is based on what works, and as a result, we see big improvements in overall social skills — particularly in areas such as cooperation, engagement and social responsiveness.”