Understanding the mysteries of miscarriage

Although miscarriage is not uncommon and occurs in 15-to-20 percent of pregnancies — up to a million cases each year — women who miscarry often feel a very particular kind of heartbreak accompanied by the question of why did it happen.

There are many misconceptions surrounding the possible reasons for a miscarriage. They do not occur because of an STD, lifting a heavy object, using birth control or getting into an argument, experts affirm. Rather, a miscarriage occurs because the embryo does not form as it should and the woman’s body shuts down the pregnancy.

As researchers understand more about the journey of cells after conception, they are gathering clues about exactly why a pregnancy remains viable — and why it does not. Amander Clark, PhD, chair of UCLA’s Department of Molecular, Cell and Developmental Biology and a member of the Eli and Edythe Broad Center of Regenerative Medicine and Stem Cell Research at UCLA, and her team explored the nongenetic changes in stem cells of a new embryo.

Embryonic cells begin in a “naive” state as the embryo travels through the reproductive tract after fertilization. By two weeks, after the embryo attaches to the uterine wall the naïve cells begin to “prime” in preparation for becoming all the cell types in our body. But If there are errors along the way the embryo will not continue developing. “Human reproduction depends on highquality gametes and a perfectly timed cell and molecular program for initiating embryonic development. Getting all of this right is not an easy process,” Dr. Clark says. 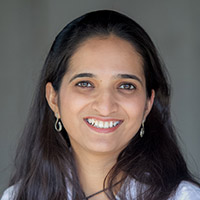 Though scientists still are figuring out exactly why this happens, the primary common denominator for miscarriages is maternal age, says OB/GYN Aparna Sridhar, MD, MPH. Women over 35 are at higher risk — 20 percent vs. about 10 percent for those 20–24 — for unsuccessful pregnancies and stillbirths. That risk increases each year: by around age 45, there is up to an 80 percent chance of miscarriage, Dr. Sridhar says.

There are other potential contributing factors that may contribute to a miscarriage, explains Daniel Dumesic, MD, a specialist in reproductive endocrinology and infertility. Factors include smoking and drug use, uterine malformations or fibroids, obesity, endocrine disruptors (chemicals that may interfere with the endocrine system), or an immune reaction that treats the embryo as if it were an invader and clots the blood to make attachment to the uterine wall impossible. 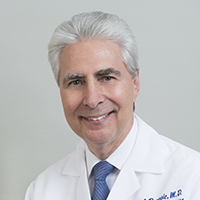 Miscarriage often is followed by a broad range of feelings. These can include guilt, shame and inadequacy for not being able to carry the pregnancy to term, says Joan Gordon, a social worker at Ronald Reagan UCLA Medical Center and UCLA Mattel Children’s Hospital. One of the most helpful things a woman can do if she has had a miscarriage is to dig in deep and understand her own feelings, Gordon says. If, for example, attending a friend’s baby shower may trigger negative feelings, a woman should politely decline, she advises. It also is helpful to let friends, family and coworkers know what is helpful — and what is not — such as talking about grief or avoiding the subject.

For information and to find a support group following pregnancy loss or bereavement after the loss of a child, go to: la.misfoundation.org

Next
While incidence of some head and neck cancers is down, lifestyle choices appear to be associated with increases in some types of tumors