Innovation, Conflict and the Scottish Lowlands 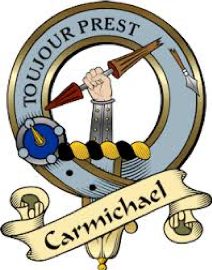 What is the mission of UCLA Neurology? Mission Statements have high-flying expressions of language in many medical schools. The mission statements of Yale, Emory, Johns Hopkins and Mayo are a page in length. Harvard Medical School currently has a Mission Statement Committee that is re-examining its version. However, the mission of a leading neurology department is elemental: to innovate. UCLA Neurology leads by innovating in research, clinical care and education. Innovation is an energetic process. Innovation occurs when exceptional individuals recognize a problem and develop totally new ways to move ahead and solve it. Innovation grows from uncertainty, disorder, confusion and lack of understanding. Innovation occurs in the trenches, when individuals in the middle of a neurological disease or little understood area of the brain create new paradigms, new ways of understanding the problem, fusing concepts across boundaries and bringing light to dark fields of medicine.

At its heart, innovations arises from the border incursions between specialized areas of study. In these actions, innovation is disruptive and often leads to conflict. In the medieval and early modern ages, the border of Scotland and England was formed by the Marches: West March, Middle March and East March. These three border districts framed conflicting countries. Characterized by cross-border raids, pitched battles and general sheep rustling, English and Scots, Protestants, Catholics and clans warred, sacked cities and invaded boundaries. The Marches also spawned innovations in farming, ranching and technology: water diversion, terraced crops and honey production. The founder of what eventually became the Bank of England came from the Marches. Sir John Carmichael was the Scottish Warden of the West March in the late 1500s. An innovator in farming and bee-keeping (a head technology of the time), he was charged with making peace with the Wardens of the English Marches on the other side. He instead decisively beat the English and captured several outlaws (one of whom also happened to be an English Warden). Over time, centralized power neutralized the unease and, yes, the innovations in the Marches. Just after Sir John’s death, King James ascended to the throne and united England and Scotland, concentrating power at the center and for a time losing the innovative ideas in the Marches.

A Neurology Department draws strength from inter-disciplinary thought, creates new ideas through apparent conflict, and allows exceptional people to question the status quo. The job of the Chair of Neurology, just like a certain long ago Scottish forebear, is not to squelch conflict, but to embrace it—to channel its energy, its upheaval and its disruption toward growth.

Innovation is born from cross border excursions, ideas that indeed may lead to difficulty, but reveal a new way of thinking. Conflict sparks heat but also brings light. In this fall edition of the UCLA Neurology Chair’s report we highlight innovations that grew from darkness and disease, crossed borders and developed new ideas. Innovation comes from the young, and from the experienced: physicians and scientists in the trenches, taking risks and creating new fields, new insights and leading to new treatments in neurological disease.

In this issue of the UCLA Neurology Chair’s Report we hear the innovative work in creating a whole new field of stroke care (Dr. Jeff Saver), of using artificial intelligence to map the movements of stroke patients (Dr. Ahmet Arac) and we participate just a bit in the remarkable world of a truly multi-disciplinary Neurology Faculty member, Dr. Mayank Mehta, a neurophysicist.