A Neurophysicist: The Ultimate Border-Crossing Incursion 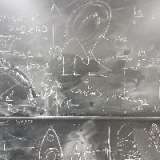 What did you do last weekend? Where did you park the car today? These questions require abstract processing, at the core of all forms of intelligent behaviors, which most humans do easily. But a range of diseases from Autism to Alzheimer’s disease impair this basic ability. Using sophisticated virtual reality, neurophysiology and mathematics, Dr. Mayank Mehta investigates how the brain creates abstract ideas and how this fundamental ability is impaired. His recent research has uncovered the fundamental unit, or “the atom”, of memory, which has far-reaching ramifications for diagnosis and treatment of neurocognitive and neuropsychiatric disorders.

Dr. Mehta is a neurophysicist—jointly appointed as a professor in the Departments of Neurology and of Physics & Astronomy at UCLA. His work defines the idea that innovation comes from crossing scientific borders. As a PhD student in physics, he asked how space-time originated at the beginning of the universe, and published seminal papers on supersymmetric quantum field theories. These demonstrated that a long-held belief about the structure of space-time might be wrong and that even the current universe must have at least one extra space-time dimension. Dr. Mehta realized that our ability to perceive the structure of space and time in the universe must be influenced by the biophysical mechanisms of perception itself: the processes of thought in our own brains are what allow us to consider the universe. He became interested in how the brain developed abstract thought and its limitations. He soon realized that abstract thoughts are not just limited to quantum physics but they are crucial for every moment of our lives. For example, we instinctively know where we are in space and roughly what time it is –things that the most sophisticated computers can’t do. In neurological disease, Alzheimer’s disease patients get lost in space and lose track of time. On the other hand, “memory athletes” use a classic trick, to map all the experiences in a “memory palace”, to quickly remember an entire deck of cards. Could it be that the brain evolved to perceive abstract space and time and then the same brain hardware was used to perceive other types of intelligence, such as mathematics, music, art and our sense of self? When you stop most people on the street and ask them what they are thinking, it is usually about lunch. Conversations with Dr. Mehta go from the origins of space/time to the biological events in a brain cell that produce thought and intelligence.

Dr. Mehta’s recent work in neurology has upended traditional ideas in learning and memory. He has demonstrated that the brain takes in sensory information, incorporates this information into a hierarchy, and assembles concepts of personal space into memories for one’s place in the environment. In everyday life, in virtually all moments, we define who and where we are, our place in our environment, as we move through our day. Dr. Mehta defined how brain cells assemble information from our visual system, vestibular inputs (body position and movement) and other sensory inputs to map our movements. He defined how the brain determines position and forms memories for tasks by building a unique virtual reality for rats: laboratory rats run mazes and beams in a real world condition through massive projection screens in the lab—able to rest comfortably and play the game and enter or leave at will. This approach was highly novel in the field and published as a series of papers in the influential journals Science, Cell and Nature Neuroscience. The findings conflicted with long-held beliefs and resolved daunting paradoxes in the field of learning and memory. For example, while these “place cells” in the brain were readily seen when rodents explored a maze, they were not found in the human brain when human subjects played video games. Dr. Mehta hypothesized that this is because humans are only using vision in a video game, while rodents are using vision and all other types of sensation when exploring a maze. In support of this hypothesis, he found that neural responses in the rodent brain in virtual reality were nearly identical to those seen in the human brains in virtual reality when the rodent and the human are constrained to essentially do the same maze. This means that he solved the problem of place cells by making rats and humans perform in the same way. This research opens up the possibility of using virtual reality in rodents and humans for early diagnosis of Alzheimer’s disease and better drug testing.

But wait, there’s more. In his most recent studies, Dr. Mehta has truly disrupted our understanding of brain signaling. The traditional understanding of a neuron was that the cell body received all the signals from its distant branches (dendrites), weighed them together, and then decided whether to fire off a signal (the action potential). If we match the scale of a neuron to our own scale, this would be like a person in Westwood, perhaps a somewhat lazy and self-interested, getting message runners from Orange County with various strengths of the command “Call your Mother”. Some messages may be really diminished and weak, and some very strong, some would cancel out others if they came in at the wrong time. Yet, the Westwood resident must get a strong and correct enough summation of all these Orange County events to actually fire up and call Mom. Dr. Mehta’s theories showed that the neuron was probably doing something entirely different than this total summation of distant inputs at the cell body of a neuron. To test his theory, he developed a novel brain electrode that could record signals from these distant dendrites on a cell, the first of its kind. Surprisingly, his group found that dendrites themselves add and subtract inputs, fire off their own local signals just to each other, and organize information in the process. There is considerable chatter in the dendritic tree—roughly 10-fold more than at the neuron cell body. These signals compete with each other to communicate back down to the cell body—a competition of 10,000 synapse signals, thousands of times a second means that there is literally millions of events at any time competing to alert the neuron to send a signal. There is conflict among millions of messages in a neuron, processing of millions of signals at the same time in the distant branches, and then the sending of only the winners down to the cell body. These findings were so extraordinary that they were published in a full research article in Science (May 2017). These findings support Dr. Mehta’s theory that the fundamental unit or “atom of memory” is a short segment of the dendrite with its synapses. This means that the brains computational capacity is at least 100-fold greater than previously thought. [These findings were extensively covered in the news media and can be found here.]