Vitamin D, mTOR and the regulation of osteoblast function.
Vitamin D plays a key role in maintaining the skeleton by regulating calcium and phosphate homeostasis – vitamin D-deficiency leads to the bone disease rickets in children and osteomalcia in adults. However, vitamin D can also influence other components of the skeleton, notably the cells that control bone turnover. In a series of studies we have shown that the proliferation and differentiation effects of active vitamin D (1,25-dihydroxyvitamin D, 1,25(OH)2D) on bone-forming osteoblasts involve suppression of mTOR signaling.

mTOR is a member of the phosphoinositol kinase-related kinase family whose induction is regulated by phosphorylation by protein kinase B (AKT) in response to insulin, growth factor and nutrient stimulation. The mTORC1 is induced by AKT which phosphorylates and inhibits TSC1/2, leading to downstream effects on protein synthesis and cell proliferation. As such, the mTOR pathway is a crucial ‘master-regulator’ of cell function. Studies from our group have shown that 1,25(OH)2D suppresses mTOR function by enhancing expression of DDIT4, a specific inhibitor of mTOR (Figure 2). 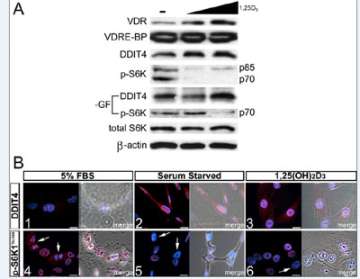 Figure 2. 1,25(OH)2D3-mediated regulation of mTOR signaling in osteoblasts.
A.Effect of 1,25(OH)2D3 on VDRE-BP-related protein expression in MG-63 cells. Expression of S6K1 and p-S6K1 Thr389 (nuclear and cytoplasmic isoforms p85/p70, respectively) was assessed under normal and minus growth factor (-GF) conditions.

Current studies will use knockout mouse models to further characterize mTOR as a pivotal regulator of 1,25(OH)2D action in bone (Figure 3). In addition, studies of other cell models will explore the possibility that interaction with mTOR is central to the broader role of 1,25(OH)2D as an antiproliferative agent, particularly in an anticancer setting.

Figure 3. Regulation of osteoblastic mTOR signaling by 1,25(OH)2D3 and VDRE-BP.
DDIT4, a stress-induced negative regulator of mTOR signaling, is activated in bone cells by 1,25(OH)2D3, which can be blocked by over-expression of VDRE-BP. DDIT4 upregulation results in activation of TSC1/2 leading to suppression of mTOR activity through reduced phosphorylation of p70 S6 kinase 1 for decreased cell proliferation. 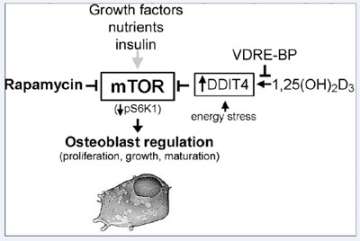 Figure 3. Regulation of osteoblastic mTOR signaling by 1,25(OH)2D 3 and VDRE-BP.

Novel mechanisms involved in regulating the transcriptional effects of vitamin D.
As a steroid hormone, the active form of vitamin D, 1,25(OH)2D, can modulate gene transcription following binding to its cognate nuclear receptor, the vitamin D receptor (VDR), and interaction with target gene promoter DNA. This is a complex process that involves co-activator and co-repressor proteins, as well as chromatin remodeling. In a series of studies carried out in collaboration with Dr. John Adams (UCLA) we have shown that the transcriptional effects of 1,25(OH)2D-VDR also involves a protein that binds to vitamin D response element (VDRE) DNA in target gene promoters.

The VDRE-binding protein (VDRE-BP) in humans corresponds to hnRNPC1/C2, a ubiquitous protein known to be involved in the regulation of RNA processing. We have shown that like VDRE-BP, hnRNPC1/C2 can also bind to double-stranded DNA where it appears to contribute to normal VDR-mediated regulation of transcription. However, when over-expressed the VDRE-BP actively blocks transcription by disrupting VDR-chromatin interaction. Current studies have defined an array of osteoblast target genes that are dysrgulated by elevated VDRE-BP, and we are currently developing a transgenic mouse model to assess the in vivo impact of VDRE-BP on skeletal function.