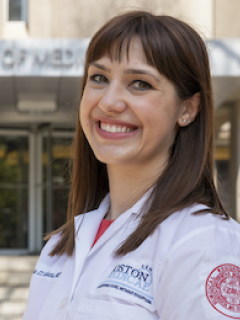 Dr. Stephanie Talutis is the senior vascular surgery fellow. She was born and raised in the Boston area. She attended Boston College where she completed a Bachelor of Science in Biochemistry followed by a Masters in Public Health from Boston University School of Public Health a MD from New York Medical College. She returned to Boston University for her General Surgery residency, during which she also spent 2 years as the Fellow in the Study of Patient Safety and Quality Improvement for the Department of Surgery. Dr. Talutis' clinical interests include thoracic outlet syndrome, peripheral arterial disease, quality improvement, and social determinants of health in vascular surgery. Outside of work, she enjoys cooking, boating, and snowboarding. 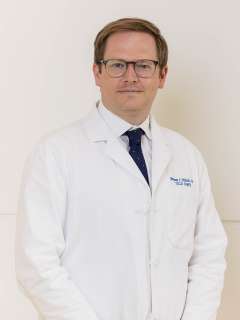 Dr. Ben DiPardo grew up in Iowa City, Iowa. He attended Johns Hopkins University, earning a Bachelor of Science degree in Molecular and Cellular Biology, and went on to medical school at Oregon Health & Science University. He completed his residency in General Surgery at UCLA, including a two-year research fellowship in cancer biology. In his free time, Dr. DiPardo enjoys hiking, cooking, reading, and exploring L.A. with his wife and son. 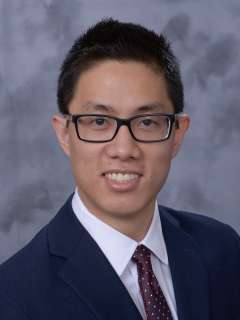 Dr. William Duong is the first-year Vascular Surgery fellow at UCLA. He grew up in Southern California and attended UCLA where he completed both a Bachelor of Science in Physiological Science and a Master of Science degree in Integrative Biology and Physiology. He went on to receive his MD at the Medical College of Wisconsin where he cultivated his passion for surgery. He completed his General Surgery Residency at the University of California Irvine, during which he also pursued a research year studying clinical outcomes research in Trauma and Vascular Surgery. Outside of work, he enjoys staying active, working out, and traveling abroad. 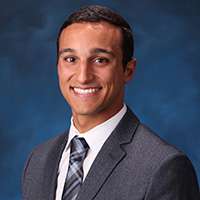 Dr. Mark Ajalat, MD is the PGY-5 integrated Vascular Surgery resident at UCLA. He was born and raised in Southern California and attended UCLA for college, completing a Bachelor of Science in physiology. He completed a Master of Science in physiology at Georgetown University. In addition, he obtained his MD degree from UC Irvine School of Medicine where he was president of the Alpha Omega Alpha honor society. Dr. Ajalat was also honored with the Office of the Dean Outstanding Graduate Student Award for graduating at the top of his class. 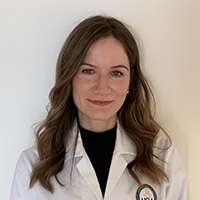 Originally from Ukraine, Dr. Marianna Pavlyha spent most of her adult life living and receiving education in New York City. She started her medical career at Columbia University Medical Center, where she spent two years studying the mechanisms of newly developed small molecule regulators of lipid metabolism. She pursued medical education at SUNY Downstate Medical Center. During that time, she continued to explore research interests as part of the NIH-T35 Harvard-Longwood Research Training in Vascular Surgery by studying the role of the atheroprotective and anti-inflammatory gene A20/TNFAIP3 in influencing the risk of deep vein thrombosis (DVT). Her current interests include academic surgery and student education. 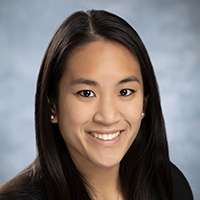 Dr. Amanda Chin is a PGY-3 in the Integrated Vascular Surgery Residency Program. Originally from Short Hills, NJ, she moved to Philadelphia to attend the University of Pennsylvania for undergrad, majoring in Biochemistry. She went on to complete a dual-MD/MBA at the Perelman School of Medicine and The Wharton School with a focus in Health Care Management. Her research interests include the development and implementation of new technology and devices within vascular surgery, as well as clinical outcomes research inaortic and peripheral vascular disease. She is also passionate about mentorship and medical education. In her free time, she enjoys cooking/baking, running outdoors, traveling and discovering new restaurants to try. 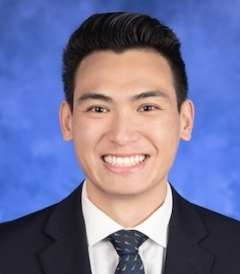 Dr. Marvin Chau is the PGY-2 in the Integrated Vascular Surgery Residency. Originally from Chantilly/South Riding, VA, he attended Virginia Commonwealth University, completing a bachelors in biology. He went on to complete his medical degree at Penn State College of Medicine. His passion for vascular surgery dates back to his high school days where he attributes strong exposure to the field and is solidified through exceptional mentorship throughout the years. His current research interests include medical education in vascular surgery and clinical outcomes in AVF, aortic, and peripheral arterial disease. Dr. Chau is excited about paying forward his experiences through mentorship and teaching of students. During Dr. Chau’s free time, he enjoys working out, hiking, traveling, biking, relaxing on the beach, and exploring the food scene. Also, last but not least as an avid connoisseur of boba he enjoys the variety of boba selections Southern California has to offers. 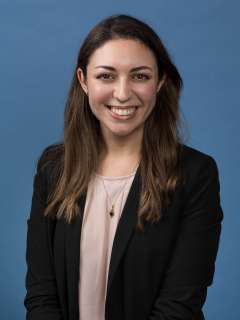 Dr. JoAnna Shaw grew up in the beautiful Hudson Valley in downstate New York where she developed a love for the outdoors at a young age. She attended New York University for her undergraduate studies, earning a degree in Biochemistry with a minor in Mathematics. After college, she pursued a Master of Science in Infectious Diseases and Microbiology at the University of Pittsburgh, where her thesis work focused on developing novel inhibitors of antimicrobial resistance. Dr. Shaw earned her doctorate at the Jacobs School of Medicine of the State University of New York at Buffalo. She was delighted to discover a passion for the field of vascular surgery and to develop strong relationships with many wonderful mentors, including Dr. Linda Harris. Dr. Shaw’s interests include addressing health disparities in vascular surgery outcomes as well as vascular trauma surgery and intensive care. In her free time she enjoys playing with her two kittens (Mochi and Miso), discovering new restaurants around LA, and soaking up the California sun.