“I could not swallow for a year and a half,” recalls MaryAnn Levario. Levario came to UCLA Health after a failed surgery for achalasia left her unable to eat or drink. “I had lost so much weight and muscle tone, my weight went down to 87 pounds. I was very sick and in so much pain.”

Achalasia is a disease that affects the nerve and muscle function of the esophagus and lower esophageal sphincter, resulting in difficulty swallowing. For Levario, achalasia first presented itself in symptoms similar to those of a heart attack. 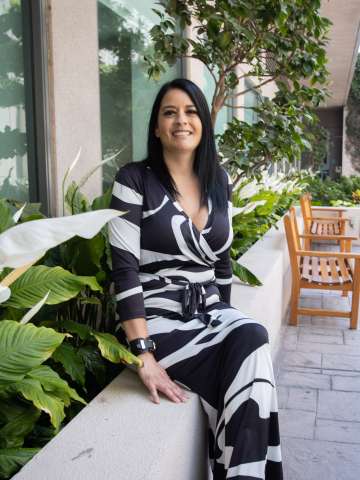 “At work I experienced sharp chest pain – pain that radiated from my shoulder to my arm – and sweating followed by nausea,” she says. “The symptoms progressed to having prolonged amounts of fluids and food sit in my esophagus before passing into my stomach.”

Levario, in Central California, underwent a Heller myotomy, a surgical procedure intended to reduce the pressure on the tightened muscles of the lower esophageal sphincter and allow food and liquid to pass through into the stomach. It failed, however, to fix her condition.

“I became disabled to work. I was ill, confused of what was happening to my mind and body and health,” Levario says. “I looked online for a doctor who could help me. A video of Dr. Alireza Sedarat popped up, and he described achalasia. It was like he was speaking on exactly what I was going through.”

Dr. Sedarat is an interventional endoscopist and assistant clinical professor of medicine in the Vatche and Tamar Manoukian Division of Digestive Diseases at the David Geffen School of Medicine at UCLA.

Dr. Sedarat performed the POEM procedure on Levario on Oct. 4, 2017.

“When I woke up after surgery, the heaviness on my chest that made it difficult to breathe was gone,” Levario says. “I was able to swallow five ice chips, and I knew instantly that he had helped me. I was discharged the next afternoon.

“I'm here, I'm alive, I'm back to work, and living again because of Dr. Sedarat. Thank You Dr. Sedarat.” 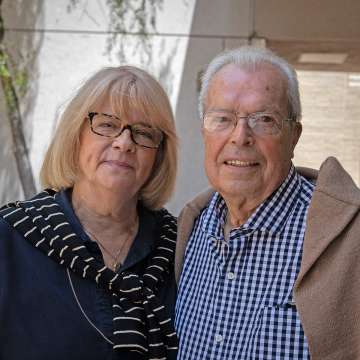 Claude thought the pain in his throat was from something he had to eat.

“I thought it was from a taco I’d eaten a few days before, but the hurt wouldn’t go away,” recalls Lagardere, 78, of his experience in 2018. “I was referred to UCLA Health gastroenterologist Dr. Mark Ovsiowitz, who saw an obstruction in my esophagus.”

“That ‘stage 4’ scares the hell out of you, but you start to get over that and concentrate on the treatment,” said Lagardere’s wife, Ellen. “We started with chemotherapy infusions and pills twice a day. After three weeks, he would get another infusion. We were on that schedule (for almost six months). We’re very fortunate because he’s shown remarkable improvement. The last scan in 2020 showed no evidence of disease.”

Lagardere says it’s important to listen to your doctors.

“We have to trust them because they’re the experts,” he says. “I feel very fortunate. I knew I was sick, but I didn’t think I was sick. I was not trying to deny it, but I look at it as another experience I am going to get through. I go to work every day, and while it’s a little more tiring, I think it’s important to keep working. Psychologically, you need to be positive.

“Ellen’s been by my side the whole time. To be honest, if she hadn’t been here, I would be having a much harder time dealing with this. When I started the chemo infusions, we made it like a picnic. We would pack a lunch and make it an outing. If you have to go through this experience, it brings a lot of things to light about life. But it’s been a good experience for me."

“If you’re diagnosed with esophageal cancer, follow your doctor’s advice and really do go through the programs. It’s very important,” Lagardere says. “And, of course, come to UCLA Health, because as far as I’m concerned, they’re the very best.” 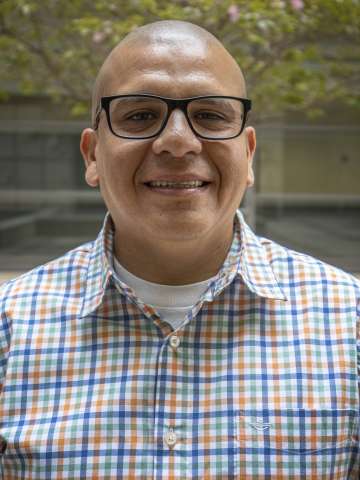 “After the procedure, I just wanted to call my doctor, Priyam V. Tripathi, MD, MPH, and hug her and thank her,” exclaims Guillermo Verjan, who had been living with esophagitis for 10 years.

“You have trouble swallowing. It’s scary because you go out to dinner or you’re with people you don’t know and you start choking. I was just trying to manage it, but I don’t know why I waited so long have this procedure done. It completely changed everything. I’m sure there are lots of people who just live with esophagitis like I did; not knowing there is a solution. And it’s an easy one. I don’t think I’m going to have to have any other procedures done. The difference is amazing.” 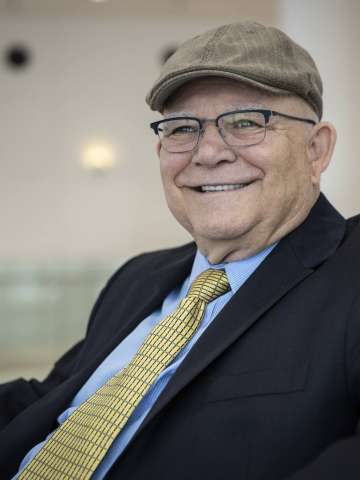 Have no fear - Harry Corder

“If I had not had this procedure, then I would’ve had cancer of my esophagus,” believes 72-year-old Harry Corder, who came to UCLA Health after finding out he had Barrett’s esophagus with high grade dysplasia, or precancerous changes in the cells of the esophagus. “Dr. V. Raman Muthusamy explained I would need several radiofrequency ablation treatments. I went in every four to six months for three years to get the procedure done. It was really easy. It was an outpatient procedure at UCLA Health, which I thought was outstanding. Dr. Muthusamy talked with me every time before the procedure and all of his assistants were wonderful. It’s been two years that I've been under surveillance and all my biopsies are negative, so I’m considered in the clear. If you have high grade dysplasia of Barrett’s esophagus, have no fear of this procedure. Everyone associated with Dr. Muthusamy and UCLA Health were just marvelous.” 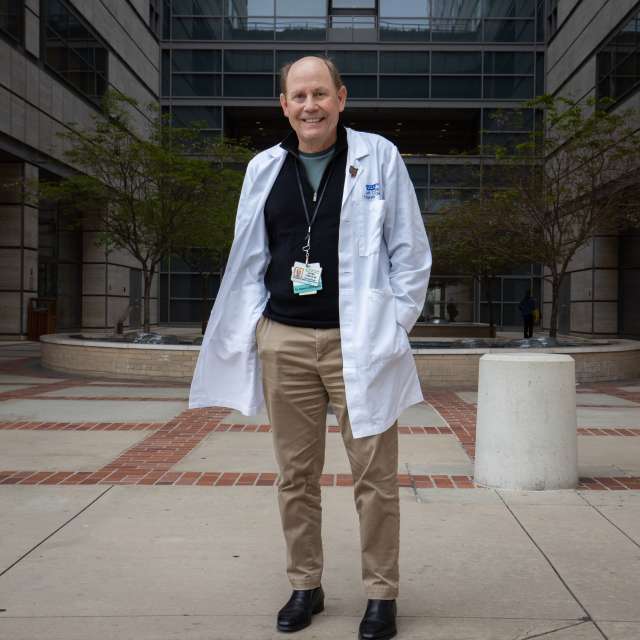 Improving the esophageal health of people all over the community - Jeffrey L. Conklin, MD

“Most of my career has been centered on understanding how the esophagus works and managing or treating patients with esophageal diseases,” explains Dr. Jeffrey L. Conklin, medical director of the UCLA Robert G. Kardashian Center for Esophageal Health. “Probably the most common disease we see is gastroesophageal reflux (GERD), which seems to be rampant in our society these days. A lot of folks, if they could change their lifestyle, probably wouldn't need medications.”

“If you have heartburn and your primary care doctor has given you treatment, but it has not been successful, then you should probably be seen by a gastroenterologst to determine whether or not reflux is the cause of your heartburn. If the reflux is really bad and the patient is having a lot of problems, there are surgical techniques to take care of their reflux. We just opened this new center for esophageal health, and we're looking forward to improving the esophageal health of people all over the community.”