The capillaries in this tangled mass, which are supposed to slow down blood flow and allow for oxygen exchange into the surrounding tissues, are missing, so blood flows directly from the arteries to the veins without supplying the surrounding tissues with oxygen and nutrients. This supply of blood travels almost immediately to the heart, which may overwhelm the heart, leading to congestive heart failure. The vein of Galen defect is occasionally seen upon prenatal ultrasound examination, but generally it is not seen until birth.

Learn more from The Rylan Project.

Symptoms of Vein of Galen Malformation:
Often the abnormality is detected on the prenatal ultrasounds. It is usually symptomatic in newborns. Less commonly it may present in early childhood. In newborns, it typically presents with signs and symptoms of congestive heart failure - the newborn may present with respiratory distress, cyanosis (blue or purple in appearance due to low oxygen), and tachypnea (increased respirations). These newborns often require ventilator support with aggressive management of heart failure. Early childhood presentation symptoms include: headaches, convulsive seizures, cardiac failure, or hydrocephalus (fluid accumulation in the brain). On exam, large head circumference, prominent scalp veins and drooping eyes may be noted.

Diagnosis of Vein of Galen Malformation:
The following diagnostic tests may be performed in the evaluation: 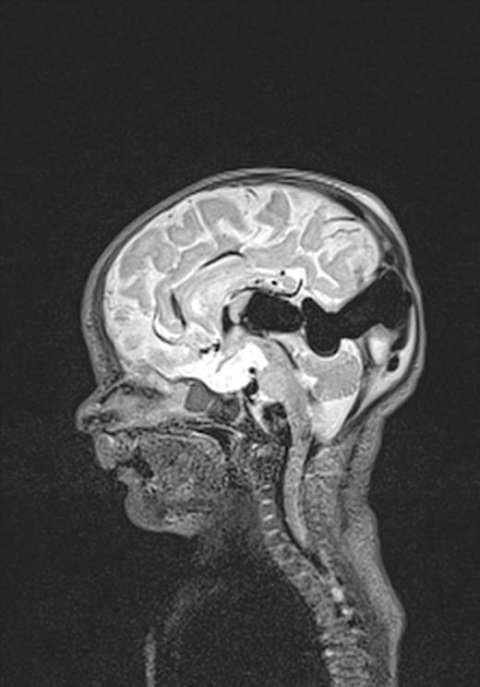 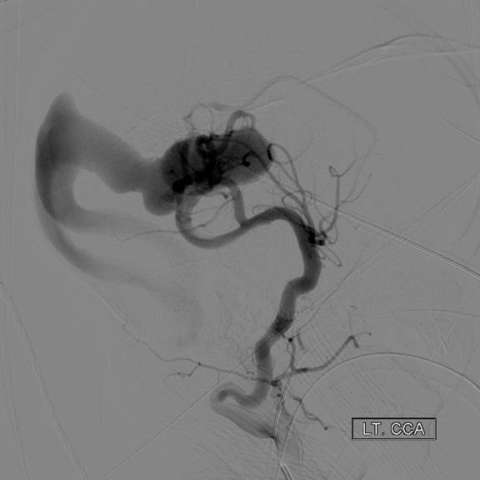 Treatment of Vein of Galen Malformation:
The treatment requires the collaboration of many medical specialties including: neonatology, cardiology, anesthesiology, neurosurgery and neuro-interventional radiology.

In patients diagnosed as neonates, the timing of the treatment is largely determined by the severity of cardiac dysfunction present. In patients who are stable from a cardiac standpoint the treatment can be delayed for a few months allowing the baby to grow and better tolerate the procedure. However, in many cases due to severe cardiac failure the treatment is performed in the first several days of life.

Endovascular embolization is the preferred method of treatment. In an embolization, the abnormal blood vessels are intentionally closed with soft platinum coils or liquid embolic agents, which reduce the abnormal blood flow to the vein of Galen. Sometimes, several procedures are required over a period of several months. 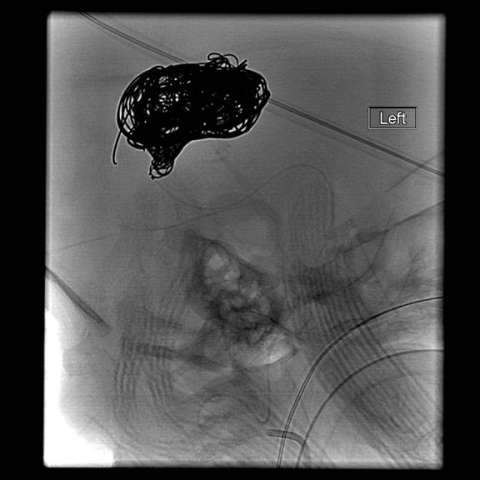 Prognosis for Vein of Galen Malformation:
The prognosis depends upon how much organ (heart and brain) damage has been done prior to the embolization procedure. The earlier treatment is obtained, the better chances the patient has. Most patients who undergo successful embolization go on to lead normal lives.

In untreated patients the prognosis is poor. The disease is almost always fatal if untreated.