Our sleep medicine physicians are recognized experts in sleep disorders treatment. To find the right doctor for you, connect with a customer care specialist at 310-794-1195.

Since its inception over three decades ago, the field of Sleep Medicine has grown exponentially and the demand for sleep services continues. Sleep Medicine now encompasses a variety of medical and surgical specialties including Neurology, Pulmonary Medicine, Psychiatry, Otolaryngology, Dentistry Bariatric Surgery and Nutrition.  In 2005, the National Sleep Foundation stated that 16% of Americans say they sleep less than six hours a night, compared with 12% in 1998.  The National Institute of Health states that sleeplessness creates $16 billion in annual health care expenses and $50 billion in lost productivity.  Through research, scientists are finding that chronically reduced or disrupted sleep may increase the risk of obesity, diabetes, and cardiovascular disease.  According to the American Academy of Sleep Medicine, there are over 80 chronic sleep disorders ranging from sleep apnea to restless leg syndrome, which is a good explanation of why there is such a vast number sleep labs being built all over the country.  There are currently 3,000 labs and counting, compared with just a few in the mid 1970s. 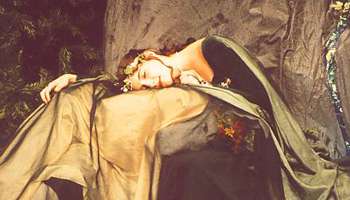 The 2005 National Sleep Foundation Sleep in America poll found that 24% of American adults are not getting the minimum amount of sleep they said they need to be alert the next day.  A little over half of the respondents (54%) said they experienced at least one symptom of insomnia during the week.  More than 1 in 4 respondents (26%) are at risk for sleep apnea. The poll also confirms an epidemic of obesity in America and the relationship between obesity and sleep. Two-thirds of adults are overweight based on their body mass index.  Those who are overweight are significantly more likely to experience sleep apnea than those of average weight (57% vs. 10%).

The National Sleep Foundation Poll also revealed that 60% of all American adult drivers, particularly young males, admit to driving drowsy in the past year, and almost one in five admit to falling asleep behind the wheel.  The National Highway Traffic Safety Administration estimates conservatively that each year drowsy driving is responsible for at least 100,000 automobile crashes, 71,000 injuries, and 1,550 fatalities. These statistics underscore the importance of sleep and highlight the potentially devastating consequences of untreated sleep disorders.