Our thoracic surgeons provide a full range of services with outcomes that are among the best in the country. To learn more,
call 310-794-7333. 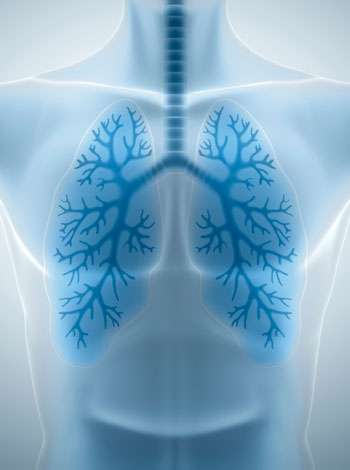 We collaborate with our expert colleagues in pulmonology, medical oncology, radiation oncology, gastroenterology, radiology, and nuclear medicine to provide you with the optimal care for your specific problem.

At UCLA, we perform a very large portion of our operations using minimally invasive techniques. Our surgeons are experts in both video-assisted thoracoscopic surgery (VATS) and robotic-assisted thoracic surgery (RATS). Both techniques utilize small incisions for a camera and small instruments. For robotic surgery, the camera and instruments are controlled using a DaVinci surgical robot. We have been using robotics for many years at UCLA, and we are currently using the newest generation technology. Minimally-invasive techniques allow us to avoid conventional thoracotomy and rib spreading for most of our patients. This results in less postoperative pain, which can reduce the risk of complications such as pneumonia. Patients are also able to recover faster and spend less time in the hospital after minimally-invasive operations.

Esophagectomy is the surgical removal of a large portion of the esophagus. The esophagus is a muscular tube through which food and liquids pass from the mouth to the stomach. Esophagectomy is most commonly performed for esophageal cancer and rarely for a variety of benign diseases. Esophagectomy involves removing the majority of the esophagus, forming the stomach into a tube, and making a new connection between the tubularized stomach and remaining esophagus so that swallowing is possible. A feeding jejunostomy tube (J tube) is placed into the small intestine to provide nutrition during the healing process.

There are multiple surgical approaches to esophagectomy. The choice for which approach is best is individualized to each patient. At UCLA, we utilize all of these approaches depending on the specific scenario. In many cases, the operation can be performed with minimally invasive techniques using VATS or robotic surgery.

After esophagectomy, patients typically spend about one week in the hospital. During the initial healing phase, no eating or drinking is allowed and nutrition is maintained via the feeding tube. Drainage tubes are left in place in the chest and/or neck depending on the exact operation. After recovery, the patient slowly resumes eating and drinking. Patients are able to get back to normal eating with time, but typically have to eat smaller and more frequent meals than prior to surgery.

Repair of Hiatal or Paraesophageal Hernia and Fundoplication
The esophagus passes from the chest into the abdomen via an opening in the diaphragm (the breathing muscle) called the esophageal hiatus. Hiatal hernias occur when this normal opening enlarges, allowing the stomach to move up into the chest. Paraesophageal hernia refers to a type of hiatal hernia that involves the stomach moving up next to the esophagus as opposed to sliding in line with the esophagus. On rare occasions, other organs can herniate along with the stomach such as portions of the colon or spleen. Hiatal hernias can cause gastroesophageal reflux disease (GERD) and difficulty swallowing (dysphagia).

Hiatal hernias are typically repaired using an abdominal approach. The vast majority of these operations can be performed with minimally invasive techniques including laparoscopy and robotics. The operation involves bringing the stomach back down into the abdomen and closing the enlarged hiatus to a normal size. The closure of the hiatus is performed with suture. On rare occasions, placement of mesh material is needed. The final phase of the operation is a fundoplication. This involves wrapping the upper part of the stomach around the lower part of the esophagus. Fundoplication can be complete (360° Nissen) or partial (180° Dor or 270° Toupet). After surgery, patients are maintained on pureed diets for about 2 weeks. Afterwards, normal eating can resume. Acid blocking medicines are continued after surgery. Long-term, acid blocking medicines can often be reduced or stopped.

Wedge resection of the lung involves removing a small portion of lung tissue. This procedure is often used to remove lung nodules for both treatment and diagnosis. Sometimes, this is the first step in an operation that is then continued to a larger resection if the nodule is malignant (cancer). Wedge resection is also used to perform lung biopsies in cases of interstitial lung disorders. This can help classify disease and guide future treatments. Wedge resection is typically performed using minimally-invasive techniques. Most commonly, video-assisted thoracoscoic surgery (VATS) is performed with two or three small incisions. A small chest drain is typically left in place to remove fluid and air from around the lung. Most patients spend one or two nights in the hospital after this type of operation.

Lobectomy is the most common operation performed for lung cancer. The lungs are divided into anatomic sections called lobes. The right lung has three lobes: upper, middle, and lower. The left lung has two lobes: upper and lower. A lobectomy involves surgically removing one of the lung lobes, typically, because it contains a lung cancer. In the process of removing the lobe, the lymph nodes in and around the lobe are removed. Lymph nodes are found throughout the body and are important parts of the immune system. Removing the surrounding lymph nodes is important to determine if they contain cancer cells. Lung cancer that spreads to lymph nodes typically requires additional treatments after surgery such as chemotherapy, immunotherapy, and/or radiation therapy.

At UCLA, the vast majority lobectomies are performed using minimally-invasive techniques. We use both video-assisted thoracoscopic surgery (VATS) and robotic-assisted thoracic surgery (RATS) techniques to perform lobectomies depending on specific patient characteristics. Both techniques utilize small incisions and no spreading of ribs. Patient’s benefit from reduced pain and faster recoveries compared to the traditional thoracotomy incision that is larger and requires rib spreading.

Pneumonectomy is the surgical removal of an entire lung. This is not a common operation, but is sometimes required for lung cancer that involves the most central areas of the lung. We have a long history of performing this operation safely and successfully at UCLA. Pneumonectomy is typically performed using a thoracotomy incision. This is an incision about 8 inches long on the side part of the chest. The ribs are spread to access the lung and the major blood vessels and airways that go to it. Patients require extensive testing prior to pneumonectomy to confirm that they will have sufficient lung function with the remaining lung. Patients who have enough remaining lung function can lead normal lives despite only having one lung.

The thymus is an organ that plays an important role in the development of the immune system. It is located in the front part of the chest in front of the heart and behind the sternum (breast bone). The thymus becomes non-essential in adult life. Tumors of the thymus called thymomas can develop, and are typically treated by removing the thymus, an operation called thymectomy. Thymectomy is also sometimes used as part of the treatment of an autoimmune disease called myasthenia gravis.

Thymectomy involves removing the entire thymus. This is usually performed with minimally-invasive (VATS or robotic) techniques through small incisions on one or both sides of the chest. Occasionally, removal of larger masses requires splitting the sternum in the same way that is done for heart surgery. This incision is called a median sternotomy.