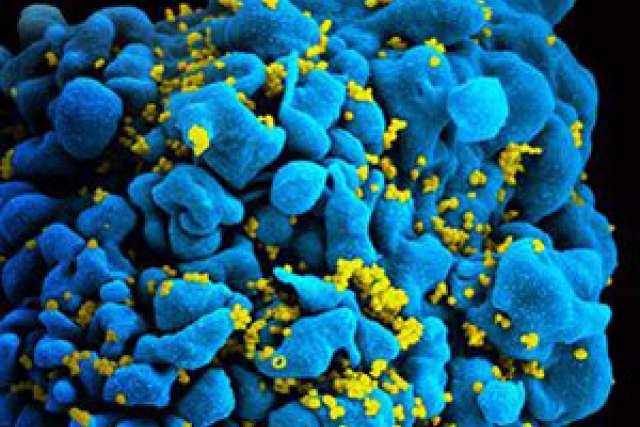 A type of immunotherapy that has shown promising results against cancer could also be used against HIV, the virus that causes AIDS.

In a study published July 11 in the peer-reviewed Journal of Virology, researchers from the UCLA AIDS Institute and Center for AIDS Research found that recently discovered potent antibodies can be used to generate a specific type of cell called chimeric antigen receptors, or CARs, that can be used to kill cells infected with HIV-1.

CARs are artificially created immune T cells that have been engineered to produce receptors on their surface that are designed to target and kill specific cells containing viruses or tumor proteins. Chimeric receptors are the focus of ongoing research into how gene immunotherapy can be used to fight cancer. But they could also be used to create a strong immune response against HIV, said Dr. Otto Yang, professor of medicine in the division of infectious diseases at the David Geffen School of Medicine at UCLA and the study’s corresponding author.

Although the human body’s immune system does initially respond to and attack HIV, the sheer onslaught of the virus — its ability to hide in different T cells and to rapidly replicate — eventually wears out and destroys the immune system, leaving the body vulnerable to a host of infections and diseases. Researchers have been looking for ways to strengthen the immune system against HIV, and it now appears CARs could be a weapon in that fight.

“We took new generation antibodies and engineered them as artificial T-cell receptors, to reprogram killer T cells to kill HIV-infected cells,” said Yang, who is also director of vaccine and pathogenesis research at the AIDS Institute and Center for AIDS Research. “Others have used antibodies against cancer antigens to make artificial T-cell receptors against cancer and shown this to be helpful in cancer treatment.”  UCLA is the first to design this strategy for HIV.

While the receptors approach has been in use for almost 10 years to fight cancer, this is the first attempt to use the technique to treat HIV since 15 years ago, when experiments proved unsuccessful. The new research differs because it takes advantage of new antibodies that have been discovered in the past few years. In the previous trials, researchers had used an early type that was not antibody-based. That approach, however, was abandoned because it was clinically ineffective.

Here the researchers used seven recently discovered “broadly neutralizing antibodies” that have the ability to bind multiple strains of invading viruses, unlike earlier isolated antibodies that tend to bind few strains. These antibodies were re-engineered as artificial CAR-T cell receptors to have activity against broad strains of HIV. In lab tests, the researchers found that all seven had varying degrees of ability to direct killer T cells to proliferate, kill and suppress viral replication in response to HIV-infected cells.

Yang notes that “what works in a test tube doesn’t necessarily work in a person,” so the next step is to find strategies to put these receptors into humans. But this therapy shows enough promise to move forward with further research.

Grants funding this study are the California Institute for Regenerative Medicine (#TR4-06845), the AIDS Healthcare Foundation, and the UCLA AIDS Institute and Center for AIDS.

Study co-authors, all of UCLA, are Ayub Ali, who was the lead author, Scott Kitchen, Irvin Chen, Hwee Ng and Jerome Zack.