HIFU as a viable treatment for prostate cancer 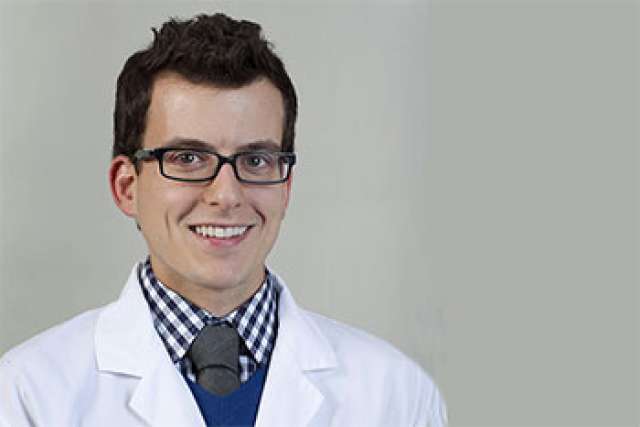 High-intensity focused ultrasound (HIFU) has been viewed by some prostate cancer patients as a holy grail of sorts – the therapy is used to kill the cancer with heat without requiring the removal of the prostate gland. Potentially, that’s a big advantage for patients because prostatectomy – or removal of the prostate - can result in debilitating side effects such as erectile dysfunction and urinary and bowel incontinence.

However, whether HIFU is a valuable new therapy among a range of treatment choices for prostate patients remains an open question. Efforts to gain approval from the U.S. Food & Drug Administration (FDA) to use HIFU technology for prostate cancer failed twice over a three-year period due to a lack of evidence demonstrating effectiveness of the technique or a benefit to patients. UCLA researcher Dr. Aaron Laviana, a chief clinical fellow in the UCLA Department of Urology, explored the issue of whether HIFU in a novelty or an innovation in a JAMA review article published in June. Although the FDA has not specifically approved the device for prostate cancer surgery, Laviana noted, some doctors have been using the technology for such surgeries both in the United States and globally. Generally speaking, doctors are able to use devices for “off label” purposes if they believe there is a sound scientific rationale and medical benefit for their use.

HIFU has been a popular option for some prostate cancer patients. “At a recent FDA-sponsored workshop about HIFU, “some prostate cancer survivors equated it with a ‘promise from heaven,’ given that it maintains the safety of the gland, preserving urinary and sexual function while ablating prostate cancer cells that can cause emotional distress for patients,’’ Laviana wrote in the review. He cautioned that although HIFU treatment may bring short-term health benefits that help reduce patients’ anxiety, “long-term outcomes remain unclear.”

Currently, a man diagnosed with prostate cancer has a range of choices, including prostatectomy, intensity-modulated radiation therapy or active surveillance, which involves monitoring the cancer with PSA tests and biopsies.

According to manufacturers of the HIFU device, more than 50,000 men worldwide have been treated with the technology for prostate cancer. However, Laviana wrote that there is a learning curve for surgeons to use HIFU technology most effectively and patient complications are likely to occur as surgeons gain more expertise.

The lack of U.S. regulatory approval has not stopped men from seeking treatment. According to information cited in the article, some men are paying more than $25,000 plus travel expenses to undergo the treatment in Canada, Mexico and Europe. The surgery costs about the same amount for men seeking HIFU treatment in the U.S., where the procedure is typically not reimbursed by private and public payers, such as insurance companies. Additionally, the cost of the HIFU machine ranges from $450,000 to $700,000, adding to the overall costs of the technology relative to other treatment options.

One recommendation for evaluating HIFU technology compared to other technologies for prostate cancer treatment, such as radiotherapy and robotic-assisted radical prostatectomy, would be the establishment of a device registry. Such registries could provide a pragmatic assessment of HIFU for clinicians, health systems, patients and other stakeholders, while also helping to evaluate the usefulness of HIFU moving forward, Laviana said.