Interior life: UCLA doctors use the body's own microorganisms to fight disease 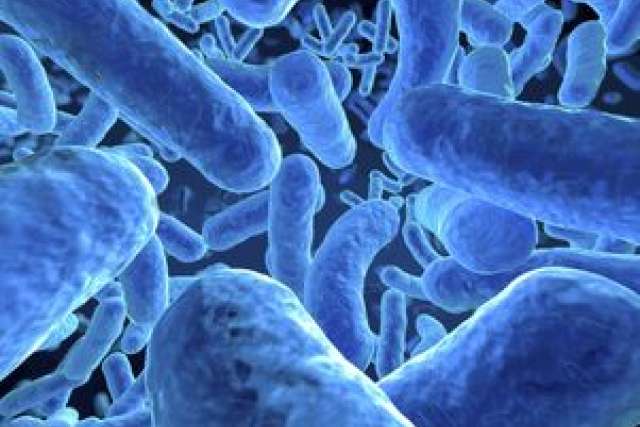 This may strike many people as distasteful, but human stool now is used as a medical therapy against at least one dangerous infection. It is happening at UCLA and at a small number of other major medical centers, where processed stool from healthy donors is being introduced into the gastrointestinal tracts of patients with Clostridium difficile, or C. diff. The infection is most commonly acquired in the hospital, causing diarrhea, intestinal pain and cramps, fever and potentially worse — 14,000 people die from C. diff in the U.S. each year.

While the cure may sound worse than the disease, the therapy, known as fecal microbial transplant (FMT), has been shown to be highly effective; by infusing the patient via colonoscopy with normal gut bacteria, the spectrum of intestinal microbes is dramatically altered, essentially overwhelming and suppressing the pathogen. In 2013, the New England Journal of Medicine published results from a randomized, controlled trial comparing FMT with vancomycin, the standard treatment for patients with recurrent C. diff. The study was halted after an interim analysis found FMT to be substantially more beneficial.

Only now are scientists beginning to appreciate the extent to which the 100-trillion (give or take) bacteria and other microbes that reside within our bodies keep us healthy, contribute to disease or, as in the case of FMT, can potentially be manipulated to cure what ails us.

At UCLA alone, recent findings in this nascent field of study suggest a role for the microbiota beyond what anyone might have imagined a decade ago. To name just a few discoveries: a product derived from gut bacteria found to be a risk factor for heart disease on par with high cholesterol, hypertension and tobacco use; the first evidence in humans that beneficial bacteria ingested in food — so-called probiotics, in this case through regular consumption of yogurt — can positively affect brain function; and perhaps most tantalizing of all, studies by Elaine Hsiao at Caltech showing that manipulating the microbiota can ameliorate behavioral abnormalities in a mouse model for autism.

Amid an explosion of research into how this universe of invisible cohabitants affects our lives, it has become apparent that microbiota — the collection of microorganisms that populate the intestine, skin, lungs, urinary tract and many other body sites — exerts considerable influence on our health.

Some scientists have been led to muse that the human body is merely a vehicle for microbes to pursue their own interests. Heart disease and cancer, diabetes and metabolic disease, obesity and nutrition issues, inflammatory bowel disease, autoimmune disorders, allergies and neurologic disorders ranging from autism to Alzheimer’s — all may be associated in some way with microbes gone awry. A 2013 article in Science dubbed microbiomics (the study of the collection of genes represented by the microbiota) “The Germ Theory of Everything.”

“For many years, the thinking was that these organisms were living within us, but they probably didn’t do much,” said Dr. Eric Esrailian, co-chief of the Division of Digestive Diseases at the David Geffen School of Medicine at UCLA. “Now there’s an awareness of their significant role in everything from infection to inflammatory diseases and potentially even malignancy. This is a new frontier that is fundamentally altering the direction of research in our field.”

Observed Jeffery F. Miller, former chair of the Department of Microbiology, Immunology and Molecular Genetics and current director of UCLA’s California NanoSystems Institute, “We’re realizing that from the moment of conception, we develop in a soup of microbial products. We are affected by microbes in profound ways, and we’re at the very beginning of being able to understand what that means for health.”

UCLA is substantially ramping up efforts to better grasp these effects — including actively recruiting leading researchers in the field and taking the first steps toward establishing a center for the study of microbiota, with bench scientists working alongside clinicians to not only learn how microbes affect human health, but also to use that information to explore new therapeutic strategies.

“It’s an exciting time at UCLA and other medical centers,” said Miller, one of the leaders of the effort. “These disease areas that once seemed so separate now appear to be connected by the profound realization that we are a super-organism — an organism of organisms.”

Read the complete story in UCLA Health’s U Magazine.