Mindfulness programs also may be beneficial for stress relief 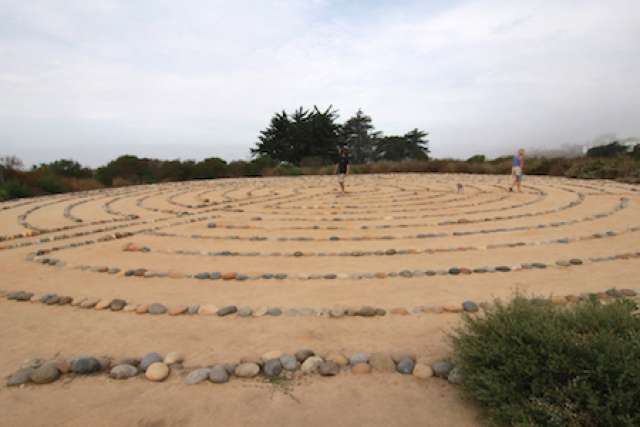 New research from UCLA indicates mindfulness meditation may be an effective and inexpensive treatment for Spanish-speaking immigrants suffering from stress-related depression.

The study, published in peer-reviewed PLOS One, demonstrates key benefits of mindfulness training programs for immigrants who may struggle with learning a new language, finding a job, obtaining health care, and experiencing discrimination and fear of deportation.

Mindfulness is the practice of using meditation to tap into emotions, thoughts and sensations as they're occurring in real time. Mindfulness meditation may be guided by an instructor or self-guided, and may use visualization techniques, sounds, smells and other sensations to help people tap into their emotions.

"Latino immigrants may experience stress as they adjust to life in the U.S. and may become depressed as a result," said study author Dr. Michael Irwin, Cousins Distinguished Professor of Psychiatry and Biobehavioral Sciences at the Jane and Terry Semel Institute for Neuroscience and Human Behavior at UCLA. "Mindfulness meditation improves symptoms of depression for everyone, yet the vast majority of research has focused on English-speaking populations."

For the study, conducted in late 2015 to early 2016, 76 adults with stress levels considered "moderate" participated in a six-week treatment program of either mindful awareness or health education. Of the participants, all from the Los Angeles community, 36 were Spanish-speaking adults and 40 were non-Latino, English-speaking adults. A computer program randomly assigned participants to either the mindful awareness or health education program. The study used both English-speaking and Spanish-speaking groups to assess whether mindfulness training in Spanish was as effective as mindfulness training taught in English.

Both groups participated in weekly, two-hour courses. People in the mindful awareness program practiced mindfulness techniques with an instructor while doing everyday activities, such as sitting, eating or walking. Health education participants were given instruction in such topics as diet and nutrition, sleep, sexuality, mental health and substance abuse.

Before treatment, for example, Spanish-speaking participants in both the mindful awareness and health education groups had a depression score of 15.8. A score of 14 to 19 on the index indicates mild depression, and a score of 0 to 13 indicates minimal depression.

Following treatment, the average score in the mindful awareness group dropped to 6.0, compared to 8.2 in the health education group. Spanish-speaking participants in the mindfulness group scored almost 12 points higher than the health education group on the Five Facet Mindfulness Questionnaire after treatment. Both groups reported similar reductions in stress at the end of the study.

"Community-based interventions are needed to reduce the risk of depression and other adverse mental health outcomes in the U.S and around the world," said Irwin, who also is director of the Norman Cousins Center for Psychoneuroimmunology at UCLA and director of the UCLA Mindful Awareness Research Center. "Mindfulness programs have the potential to address this need because these treatments are scalable, relatively low cost and accessible."

The free UCLA Mindful app, available for iOS and Android devices, offers meditation practices in both Spanish and English.

Other study authors are Eric Lopez-Maya and Richard Olmstead, both from UCLA.

Funding was provided by the Petit Foundation, the Mindful Awareness Research Center at the Semel Institute, and the Mexican National Council for Science and Technology.