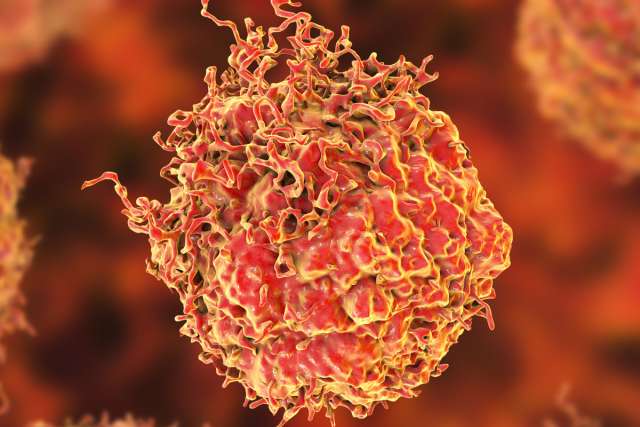 Being married or in a relationship significantly improves quality of life for prostate cancer patients following treatment, according to a study by researchers at UCLA's Jonsson Cancer Center and the Department of Urology.

Partnered men reported better psychosocial and spiritual well-being, suffered fewer adverse effects from treatment and had less fear and anxiety about their cancer coming back than did their single counterparts, the study found. The research appears in the July 1, 2005, issue of the peer-reviewed journal CANCER, but is being published May 23 on the journal's web site.

"The message for men with prostate cancer is this; it is good to be partnered and have a support system following treatment," said Dr. Mark Litwin, the study's senior author, a professor of urology and public health and a Jonsson Cancer Center researcher. "Now we need to find a way to encourage the use of support groups and support systems in patients who aren't married or in relationships so they can do better, too."

Assessing quality of life in prostate cancer patients is vital because many patients can live a long time with their disease, said Dr. John Gore, a urologist and the study's first author.

"Quality of life is important because the quantity of life can be extensive for these patients," Gore said. "We want quality of life to be as good as possible."

Litwin, Gore and the research team focused on a severely disadvantaged group of prostate cancer patients in the study - low-income and uninsured or underinsured men enrolled in IMPACT, a state-funded public assistance program created at UCLA that provides free prostate cancer care. The study participants - 211 married or partnered men and 80 single men - answered a battery of quality of life questions in three questionnaires sent out every six months for 18 months. The questions assessed mental health, spirituality, stress created by urinary function or dysfunction and adverse affects caused by their treatment.

The partnered men were less depressed and less bothered by emotional problems such as
anxiety and fear about disease recurrence. They were less upset about urinary problems and less
distressed by the nausea, fatigue and pain that can follow cancer treatment. They also reported a higher spirituality than their single counterparts, Gore said.

Doctors treating prostate cancer patients should be aware of a patient's marital or relationship status so they can encourage those who may need help to attend support group meetings, Gore said.

"Clinicians caring for prostate cancer patients need to address coping and social support mechanisms in order to encourage the beneficial aspects of partnership and overcome the detrimental effects of being single," the study concludes.

A special advantage of the UCLA study is the population assessed, Litwin said. The men in the study represent a group usually overlooked in medical research. With an average income of about $18,000 a year, the sample comprised primarily minorities enrolled in the IMPACT public assistance program, which Litwin directs. In addition to battling cancer, the men studied face the day-to-day struggle of making ends meet. However, these results might be mirrored in other prostate cancer patient populations, who - with fewer challenges - might experience an even better quality of life than the study participants if they seek out and take advantage of support systems.

Prostate cancer will strike 232,090 men this year alone, according to the American Cancer Society. Of those, 30,350 are expected to die. Prostate cancer is the second leading cause of cancer death in men.

UCLA's Jonsson Comprehensive Cancer Center is made up of more than 240 cancer researchers and clinicians engaged in cancer research, prevention, detection, control, treatment and education. One of the nation's largest comprehensive cancer centers, the JCCC is dedicated to promoting cancer research and applying the results to clinical situations. In 2004, the Jonsson Cancer Center was named the best cancer center in the western United States by U.S. News & World Report, a ranking it has held for five consecutive years.