Discovery of a key molecule's role in sensing when to turn up the response could lead to new approaches to treating infections and autoimmune disorders. 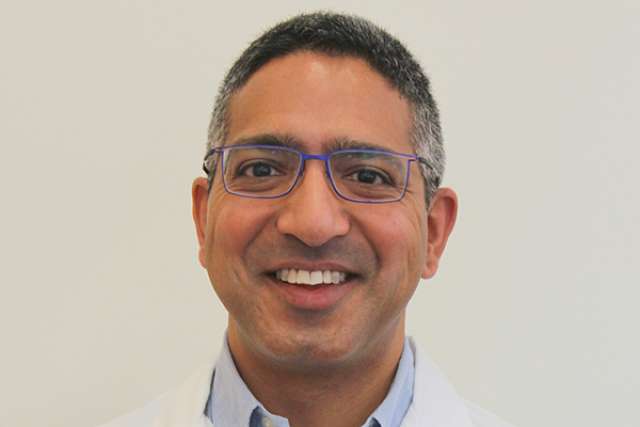 A UCLA research team has identified a new paradigm for understanding the regulation of the immune system, potentially paving the way for new approaches to treating infections and immune-related diseases such as type 1 diabetes and certain cancers. The laboratory findings, reported in the vol. 217 no. 8. issue of the peer-reviewed Journal of Experimental Medicine, help to explain a phenomenon that has been observed since antiquity: In the first century AD, the Roman scholar Celsus described that infections and injuries created a characteristic pattern of warmth, pain, redness, and especially rigidity (swelling). Why tissues become mechanically rigid and how this rigidity affects immune-system activity during infections has never been understood.

"What we learned is that as tissues become mechanically rigid, the immune system takes that as a signal to turn up the fight," said the study's senior author Dr. Manish J. Butte, who holds the E. Richard Stiehm endowed chair and is associate professor of pediatrics and chief of the Division of Allergy, Immunology and Rheumatology at the David Geffen School of Medicine at UCLA. "When the tissues return to becoming mechanically soft as the lymph nodes are no longer swollen, the immune system recognizes that and assumes that the war must be over. The guns may remain loaded, but there’s a reluctance to shoot."

Rigidity of tissues is something that is well known to oncologists (the word derives from the Greek "oncos," meaning swelling). The word "tumor" means swollen or rigid in Latin, and studies began years ago to understand the links between "solid" tumors and the mechanical cues provided to the cancer cells living inside the tumor. Those works established that cancer cells respond to stiffness formed by the stiff collagen matrix surrounding the cells by acting more aggressively. A similar process occurs in stem cells — in which for instance, differences in mechanical rigidity provide cues for bone stem cells to create bone, and cartilage stem cells to produce cartilage. Both of these processes are known to be driven by a molecule known as yes-associated protein, or YAP.

In their study, Dr. Butte and his colleagues found that within T cells — the immune cells that fight pathogens within the body — YAP also plays a key role in sensing the mechanical stiffness of tissues. They prepared mice that were genetically altered so that their T cells lacked YAP, and then studied the immune responses to type 1 diabetes and lymphocytic choriomeningitis virus (LCMV), a serious viral infection. The researchers found that the lymph nodes became swollen and mechanically rigid early in infection and later became soft. Only when YAP was present were the T cells able to sense and respond to the mechanical changes. "In cases of both autoimmune activity and fighting off infection, YAP acts as an accelerator of the immune response in stiff tissues, and as a brake when there is mechanical softness," Dr. Butte said. The paper explained that YAP exerts control over the metabolism of T cells, forging a molecular connection between the stiff tissues and increased uptake of nutrients for the cells to turn into cellular energy.

The discovery of the pivotal role played by YAP in regulating the immune response could lead to the development of new treatments for infections, autoimmune disorders and solid cancers. "This is a whole new pathway that can be targeted to drive up immune responses in order to better fight infections, or slow down immune activity in conditions such as diabetes," Dr. Butte said. "More than just pointing to YAP as a molecule that gives the immune system a cue as to what to do next, our study identifies a new molecular pathway that is actionable for future research."

Blocking how the immune cells sense tissue rigidity by targeting YAP could help to slow the injury caused by T cells in autoimmune diseases like diabetes. In certain infections and cancers, a potentially effective strategy could involve accentuating the immune response by harnessing YAP's ability to sense the mechanical stiffness of tissues. Although YAP's role in cancer wasn't part of the current study, Dr. Butte and his colleagues are planning follow-up research to determine whether the process they identified is applicable to solid tumors known to be mechanically rigid, such as melanoma, pancreatic cancer, and breast cancer.

The study marks the latest addition to a relatively new field of research examining the mechano-biology of the immune system: how T cells, receptors and molecules respond to mechanical forces. In addition to Dr. Butte, other UCLA authors include Fatemeh S. Majedi of the Department of Bioengineering and Dr. Timothy J. Thauland of the Division of Immunology, Allergy and Rheumatology in the Department of Pediatrics. The study's primary author was Kevin P. Meng, who started his PhD studies in Dr. Butte's lab at Stanford University and continued his work as a visiting graduate student when the lab moved to UCLA in 2016.