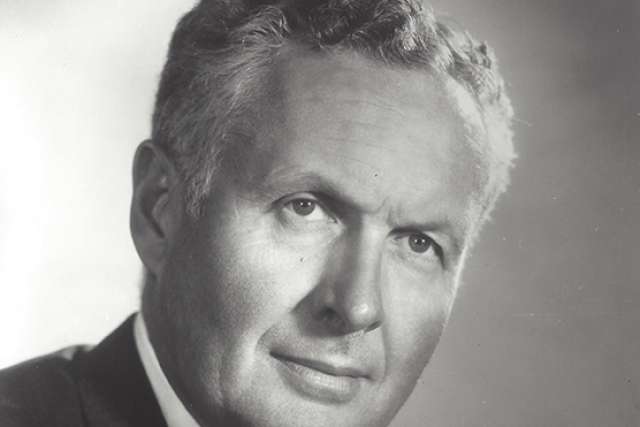 A $1 million gift from the John Douglas French Alzheimer's Foundation will enable UCLA to establish an eponymous endowed chair in the neurology department at the David Geffen School of Medicine at UCLA.

The new position will be held by a faculty member pursuing new insights into Alzheimer's disease, with the goal of improving treatment for the degenerative brain disorder. Alzheimer's affects about 5.8 million Americans.

The endowment honors the late Dr. John Douglas French, a distinguished neurosurgeon and scientist who made substantial contributions to the field of medicine as the co-founder and first director of the UCLA Brain Research Institute. His lab published more than 100 manuscripts on research focusing on the brain mechanisms related to epilepsy, comas, anesthesia, sleep and wakefulness.

French's personal battle with Alzheimer's went public when his wife, the opera star Dorothy Kirsten, launched an extended campaign to build the nation’s first medical facility devoted to treating people living with the disorder. French died in 1989 at the John Douglas French Center for Alzheimer's Disease.