The team aims to implement the technique with portable readers, benefitting clinics in resource-poor areas 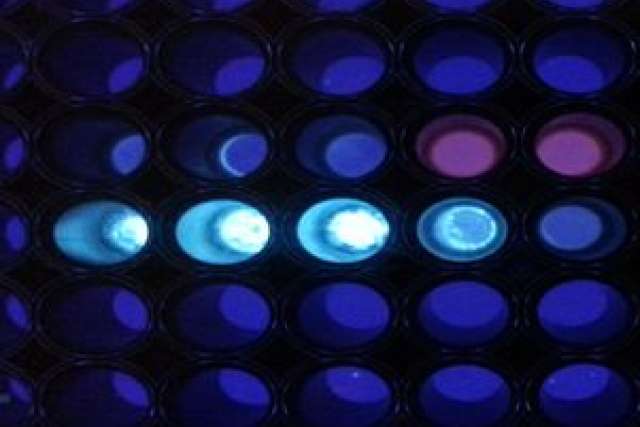 A team of UCLA researchers has found a way to speed and simplify the detection of proteins in blood and plasma opening up the potential for diagnosing the early presence of infectious diseases or cancer during a doctor’s office visit. The new test takes about 10 minutes as opposed to two to four hours for current state-of-the-art tests.

The new approach overcame several key challenges in detecting proteins that are biomarkers of disease. First, these proteins are often at low abundance in body fluids and accurately identifying them requires amplification processes. The current approach uses enzymes to amplify the signal from proteins. However, enzymes can break down if they are not stored at proper temperatures. Also, to avoid a false positive, excess enzymes need to be washed away. This increases the complexity and cost of the test.

The study, which included researchers from the Henry Samueli School of Engineering and Applied Science, the California NanoSystems Institute, and the David Geffen School of Medicine, was published online in the journal ACS Nano.

The UCLA team devised an approach to amplify a protein signal without any enzymes, thus eliminating the need for a complex system to wash away excess enzymes, and that would work only in the presence of the target protein. This new approach made use of a molecular chain reaction that was strongly triggered only in the presence of a target protein.

“By cutting the DNA ‘key’ into two parts, we found that each part could not catalyze or ‘open’ the reaction separately, but only when a protein acted as glue — essentially bridging the parts together, does the DNA key became functional again,” said Kim, a member of Di Carlo’s laboratory.

The UCLA team’s findings build on previous work that employed this enzyme-free mechanism of nucleic acid amplification to detect DNA.

“Unlike previous approaches to achieve an amplified readout of proteins, such as the proximity ligation assay, this approach does not require multiple enzymes, longer polymerization-based enzymatic reactions, or temperature control to amplify signal,” Di Carlo said. “In fact the new assay operates at room temperature and achieves results in about 10 minutes.”

The team demonstrated the approach with two target proteins — streptavidin, widely used as a test protein for new diagnostic assays, and influenza nucleoprotein, which is a protein associated with the influenza virus.

In the long term the team aims to combine the technique with portable readers that could be particularly beneficial in clinics in resource-poor areas.

“Because the technique requires fewer steps than other assays, it can have a significant impact on distributed diagnostics and public health reporting, especially in combination with cost-effective portable and networked reader technology that our lab is developing,” Ozcan said.

The team demonstrated a synergistic handheld microplate reader suitable for protein diagnostic assays based on a cellphone’s optical and computational systems earlier this year.

Garner, who is also the associate director of the clinical microbiology lab at UCLA Health, emphasized the broad application of the technique. “Although demonstrated initially in detecting protein associated with flu, we envision the approach can be generalized to a range of protein biomarkers associated with infectious diseases and cancer,” said Garner. He noted it could be configured to detect diseases such as Zika or Ebola.

The researchers emphasized that additional work is required to adapt the assay to complex clinical samples that may have other interfering compounds, and further optimization of the reagents for the assay can enhance performance.

This interdisciplinary work was supported through a team science grant from the National Science Foundation Emerging Frontiers in Research and Innovation program.