Why you should consider adding ginger to your diet 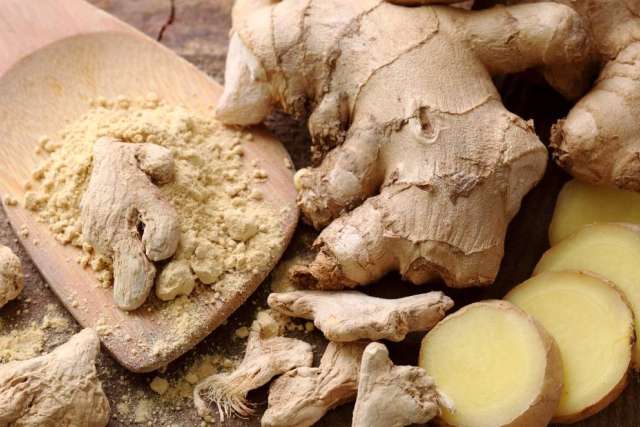 Many people use ginger only in dishes associated with Eastern cuisines. But as researchers uncover more information about how ginger affects your health, you may want to think about making it a diet staple.

Ginger is a flowering root plant from Southeast Asia and may look intimidating at first. The fresh ginger you find in the produce aisle is the root of the ginger plant. But just below the bumpy, brown layer of skin, ginger packs tons of flavor and powerful health advantages.

Here’s what you should consider:

Ginger contains vitamin C, magnesium and potassium, which are all valuable to your health. But ginger’s secret weapon is one of its natural oils: gingerol. Natural oils give ginger its unique flavor and smell, and gingerol — ginger’s most important oil — has powerful medicinal properties. It reduces inflammation, works as an antioxidant and offers numerous other benefits to your health:

Ginger will not necessarily bring you immediate pain relief. But for inflammation-related conditions, such as osteoarthritis, studies show that ginger improves pain and stiffness over time. While earlier research studied the effects of ginger when consumed, newer studies are focusing on the effects of applying ginger oil topically to relieve pain associated with osteoarthritis.

In 2020, more than 20 million women in the United States used non-prescription products to relieve menstrual pain. But research shows that ginger may be just as effective at easing period pain as over-the-counter pain medications such as ibuprofen. One study gave women doses of either ginger or a nonsteroidal anti-inflammatory drug (NSAID) for the first three days of their menstrual cycle. Ginger reduced the pain just as effectively as the NSAIDs.

While it’s the carbonation in ginger ale that tends to calm your tummy, ginger does have the ability to ease an upset stomach. A review of more than 100 trials concluded that ginger is highly effective against nausea: Taking just 1 gram of ginger significantly reduces the symptoms of nausea in pregnant women. It also helps with motion sickness and is used to relieve nausea and vomiting after surgery or associated with cancer treatment.

High cholesterol levels, especially LDL (bad) cholesterol, are linked to an increased risk of heart disease. But there’s some evidence that ginger can reduce cholesterol levels. While more research is needed, early studies in both humans and animals show that adding ginger to your diet may result in reduced LDL levels, total cholesterol and blood triglyceride levels.

Adding ginger to your diet

Ginger is easy to incorporate into your diet — and a little goes a long way. Peeled, fresh ginger can be sliced, diced or shredded to use in recipes. But you can also find ginger dried, powdered, or as an oil or juice. Just keep in mind that fresh ginger offers more gingerol than dried or powdered ginger.

Fresh, unpeeled ginger lasts in the fridge for up to three weeks. If skin looks wrinkled or moldy, it’s time to toss it. If you don’t plan to use it right away, peeled ginger root can be frozen.

How much ginger should you take daily?

Ginger is safe to eat daily, but experts recommend limiting yourself to 3 to 4 grams a day — stick to 1 gram daily if you’re pregnant. Taking more than 6 grams of ginger a day has been proven to cause gastrointestinal issues such as reflux, heartburn and diarrhea.

The equivalent of 1 gram of ginger includes:

What to consider before adding ginger to your diet

If you plan to take ginger as an herbal supplement, talk to your doctor first. High doses of ginger supplements can have digestive side effects. Ginger should never be used in place of medication prescribed for you by your doctor.

Reach out to your primary care physician to see how ginger may benefit your health.